30 Years Fall of the Berlin Wall-Time for a New East Policy?

On November 9th was the 30th anniversary of the fall of the Berlin Wall. Time to reflect on the development of the last 30 years and why we are on the verge of a new Cold War today. Perhaps Gorbachev made the mistake of not securing his own design for a New Europe at the time. The United States and the United Kingdom got Germany´s NATO membership, France the euro, Gorbachev $ 13 billion for the withdrawal of troops and $ 1.5 billion food aid as the supply situation of the Soviet Union worsened and the West feared that Gorbastchov would be overthrown. Perhaps more simply said, than done, in addition, the Soviet Union was in dissolution, so such a contract would then have to be renegotiated under Yeltsin and with Russia and at that time were also the signs of relaxation. Gorbachev has never contracted on provisions for NATO extensions, it was briefly mentioned, but then no longer addressed by the Russian side. Under Yeltsin was then signed the NATO Russia Founding Act, which left the post-Soviet states the free choice to become members in a Russian or Western military alliance. as long as no substantial military contingents and military bases were set up. 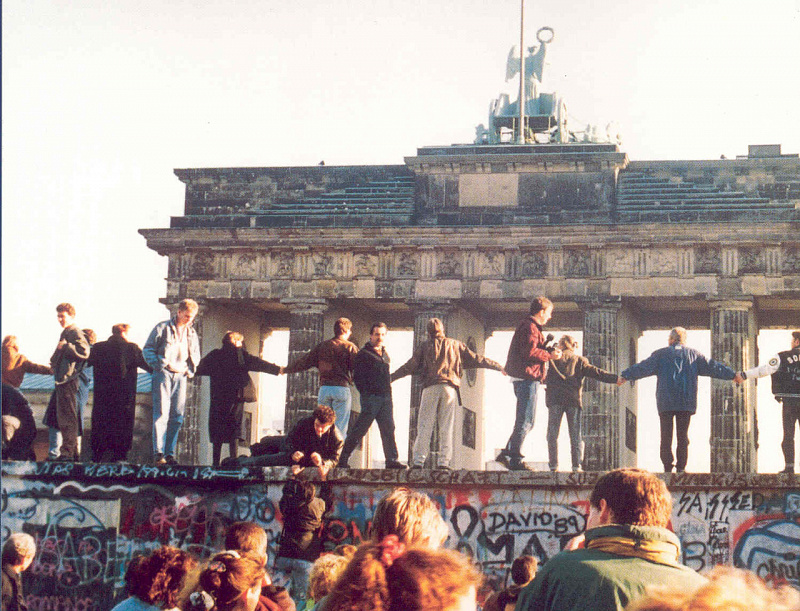 Yeltsin may have assumed that Russia would also be integrated into the West or that NATO would not absorb so many new members and that the trend was not so much directed against Russia, but that did not happen. Since then, the geopolitical power relations and the economic conditions have deteriorated massively to the detriment of Russia, which is why Putin came to power and in the case of Ukraine he pulled the emergency brake. In Ukraine and Syria, the Russians have- differently than in the new NATO membership countires- military bases that are part of their geopolitical security architecture that they saw as threatened. Putin also described the dissolution of the Soviet Union as „the greatest geopolitical catastrophe of the 20th century.“ At least Russia seems no longer willing to accept further NATO or EU memberships of Ukraine, Georgia and Belarus, as it would react in the case of a colorful revolution in Belarus probably similar to Ukraine.

The question is whether Putin now intends to smash or sustainably weaken the EU politically by supporting right-wing parties such as the Front National and militarily test out NATO’s defense promises in the Baltic Gap, for example, in order to plunge NATO into a lasting crisis. in order to weaken the West so effectively that Russia is renegotiating its ideas of a multipolar world order on a new level. In the Baltics, it would not be about territorial gains, but testing of NATO’s defense guaranty and creating disagreement between NATO members on how to react to a minimal hybrid operation – whether announcing the case of defense or escalation, with the danger of nuclear escalation, as exemplified in the CSBA study Rethinkling Armeggedon, or by non-response and rift in the Alliance. Micheal O Hannon, in his book The Senkaku Paradox, exposes this danger and designs a new US strategy that proposes, in response, the military containment of a local hybrid war spot and integrated economic warfare.

Political measures, however, are less discussed, namely the opportunity to propose a New East Policy (Neue Ostpolitik) and to take into account Russia´s geopolitical interests. A New East Policy (Neue Ostpolitik) could include the agreement that both Ukraine, as well as Belarus will be neutral bridge states between Eurasian Economic Union and EU, that NATO and the EU refrain from further enlargement rounds, besides a guarantee for Russia`s Black Sea port in Sevastopol. autonomy for the Crimea and eastern Ukraine, as well as the withdrawal of Russian military advisers and green men as well as support for the Eastern Ukrainian separatists. The minimum requirement would of course be compliance with the Minsk Agreement, but beyond that, the West should also take action. The former Kohl consultant, co-architect of the reunified Germany and former head of the Munich Security Conference Horst Teltschik is complaining about this shortage of Western initiatives in his new book „Russian Roulette“