Eurasianness Is a Non-Factor of Eurasian Integration

Eurasianness is even less suitable for the analysis of regional integration than Europeanness. It first appeared in the works of Nikolaj Trubetskoj (1890-1938) and received many supporters who used it in their deliberations about common destiny of the peoples who found themselves first living in the Russian Empire and then in the USSR. The users of the term usually define Eurasia as an internal continental space of the Eurasian Continent, which generally coincides with the territory of the former USSR and its satellite state of Mongolia, and is characterised by a certain degree of landscape, climatic, historic and cultural coherence. Eurasia is classified as a separate cultural and geographic world, or a socio-cultural type, or a civilization, which is different both from Europe and Asia, implying that the peoples of Eurasia share commonalities setting them apart from Europeans and Asians. Eurasianness is often used as an ideology to promote and justify post-Soviet integration of which the EAEU is currently the most notable example.

Opponents of the Eurasianist concept emphasise its internal contradictions, incongruity with reality while defining it as a manifestation of illusionary and mythological conscience.1 Kaganskij, one of the strongest critics, characterises it as ‘a late variation of geographic determinism combining enlightenment and romanticism, cult of soil and nature, an intellectual belief in explicable superpower of land and mysticism of the Earth.2 He places the subject outwith of the scientific enquiry.3 However, he recognises that Eurasianness increasingly functions as a scientific base for Russia’s politics even in liberal circles.4 The notion surely gets its second wind after 1991 due to the necessity of the management and integration of the post-Soviet space.

Eurasianists believe that there is a great deal of interest in their subject among serious scholars who do recognise the existence of ‘culturally relevant issues’ beyond the term. In most literature, Eurasianness is usually classified as a subject of philosophy of history. Therefore, the evaluation of Eurasianness as a spiritual notion combining elements of utopia, myth, mysticism, religion, and romanticism does not contradict to its status. According to Florovskij, the truth of Eurasianness is the ‘truth of questions, not the truth of answers, the truth of problems and not of their solutions’.5 Within such a minimalist approach, Eurasianness may have no flaws because philosophy in general is the type of activity, which is more successful in posing questions than finding persuasive answers. The approach satisfies its adherents by suggesting that the ability of raising questions is already a manifestation of a certain mental activity. 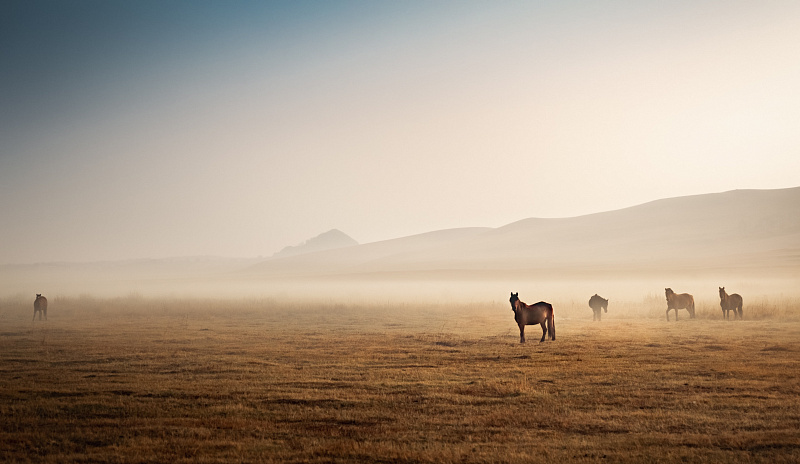 Eurasianists contest whether Eurasia is a mixture of European and Asian features in their interaction on the Eurasian soil or whether it is something separate and distinct, which has emerged on this specific territory. Discussions of such character are flawed from the beginning because there are no starting points in defining Europe and Asia. The specificity of Russia is often discussed as Eurasianness, which makes the term akin to Slavophilism in the context of Russia’s contradictions with the West, the problem of Russia’s cultural orientation to the West or to the East, and the problem of identification of Russia’s origins in Kiev, Golden Horde or anywhere else. Compared to Slavophilism, Eurasianness triggers Russia more eastwards. According to Karamzin, the Eurasianness of Russia is in its belonging neither to Europe nor Asia, but its prominence over the two in the North.6 Eurasia itself may be differentiated along North/South lines: somewhat more advanced Slavic and Christian Northern Eurasia and less developed Islamic and predominantly Turkic Eurasia. Therefore, it may be problematic to analyse these two ‘Eurasias’ together as one notion. Eurasianness is a Russian invention, but it has been exported to Central Asia, and has received some support among Central Asian intellectuals like Olzhas Suleimenov and Chingiz Aitmatov.7

A great deal of Eurasianists’ elaborations are based on emotions, subjective judgments, and insinuations: ‘With all the deep, nearly fundamental differences of the national psychological and physical types, a Japanese of a humble background and a Russian are brotherly more close to each other than to Europeans’.8 ‘Two souls live in the Russian soul: the Russian soul, and, since Batu Khan, the Asian soul.’9 Gorkij is of a similar opinion about the Russian soul consisting of the soul of a Slav and the soul of a Mongol.10 Evaluations of the Russian soul are more often complimentary than critical. As figures of speech, such metaphors and emotions are fine. However, it is disappointing when they become subjects of more serious discussions or serve as starting points for bizarre theoretical constructions or grounds for important foreign policy decisions.

Eurasianists often discuss Russia’s unique geographic position, climate and natural environment. Thus Christian distinguishes between Outer Eurasia and Inner Eurasia, the latter including post-Soviet states, Mongolia and Turkic lands of China. He defines this mega-region primarily in geographical terms identifying the following features affecting its development: 1) broad plains and the lack of geographic obstacles that provided opportunity for military expansions of huge empires, including the Mongol and Russian empires; 2) climatic features that made agricultural production difficult; 3) lower population density due to the harshness of climate and limited agricultural production.11 These features of Inner Eurasia had implications for certain economic practices and types of socio-political organization that helped it to resist the domination of better-developed powers in Outer Eurasia. However, they have hardly had any implications for the emergence of a certain Eurasian culture or identity that would be useful in the construction of the EAEU.

Most of Eurasianists’ analyses speak about the role of Russians and Mongols in the formation of the Eurasian world, and they somehow miss Turks who outnumber Mongols 15 times in population. However, even the Slavic-Mongolic-Turkic triad is not inclusive of all the ethnic groups not only of the former USSR, but also of Russia, including its most troubled region of Northern Caucasus. There is another problem in that all major ethno-linguistic groups of Eurasia are separated by the Eurasian borders and find significant or even predominant chunks of themselves outside Eurasia. This is the case with Slavs, Finnish and Ugric people many of whom are in Europe. The majority of Turks are forming a separate centre of power, Turkey, which has never been considered a part of Eurasia. Mongolia is not forming a part of russkij mir, and the majority of Mongols reside in China. There were limits to the expansion of the Mongol, Turkic, and Russian Empires and of the USSR posed by physical geography and resistance of other organised populations and states, but it is certainly a stretch to conclude that the peoples of Eurasia share among themselves more common features than they do with their close relatives across Eurasia’s imaginary borders, who have not been ruled by Mongols or Moscow and St Petersburg. Thus Eurasia may not be defined in ethno-cultural terms. Like Europe, it is a political notion appealing to history and culture for the legitimacy of expansionist policies.

Nobody has so far offered a standard nomenclature of values of the Eurasian world. On the basis of a questionable list of values of the ‘European civilization’ set up by Kottje12 some scholars are concluding that the majority of these European values coincide with the values of Mongols personified by Genghis Khan. They refer to the list of Genghis Khan’s values formulated by Trubetskoj – nobody knows how he has been able to achieve it.13 According to the source, the shared values of Europeans and Eurasians are ethically responsible freedom, solidarity, separation of clerical and civil power, fair laws, spiritual pluralism, symbiosis of cultures, order and system, logic, and critical common sense. The listed differences are the primacy of action in Eurasia instead of the primacy of idea in Europe, the primacy of will instead of the primacy of reason, fatalism instead of mission and hope, personal obligations instead of personal rights. The scholars note that Europe is characterized by change and progress while Asia by stillness and stagnation. The culture of Mongolia, and therefore of Eurasia, in their view, is oriented towards motion.14

The specific features of the peoples of Eurasia are the value of mixture of blood, life in borderlands, brotherhood and strong will.15Further, it is asserted that all ethnicities of Eurasia (Slavic, Turkic, Mongolic, Ugro-Finnish and Paleoasians of the North) share common mythological plots and images, values, cultural archetypes and social constants. ‘The identification of such ideational, value and socio-political invariants is the key task of the scholars who share the Eurasian concept.’16 Therefore, these scholars operate with Eurasianness as though it is a religion. At first, it has to be accepted as given, later, if any problems arise, they can be made up for. Clearly, ambiguities and openness to various interpretations keep Eurasianness afloat in many instances when it should have been abandoned. Trubetskoj himself refuted his studies and conclusions by the end of his life.

Sub-Section 4.2.2 of book “The Eurasian Economic Union and Integration Theory”