Why Russia-U.S. Cultural and Educational Exchanges Are So Vital

Educational and cultural exchanges are a form of public diplomacy that allows citizens to move beyond media stereotypes and engage in an inter-cultural dialogue. To some scholars, Soviet-American exchanges were a mainstay in defining the relations during the Cold War. Yale Richmond, a retired U.S. Foreign Service Officer, goes as far to argue that these instances of contact resulted in the end of the Cold War and collapse of the Soviet Union. Richmond cites that the over 50,000 Soviets who visited the United States over a 30-year period broadened the Soviet worldview and paved the way for Gorbachev’s glasnost and perestroika. The Iron Curtain is no more—but the Russian-American relations are often labeled as being at their lowest point since the Cold War. The level of exchanges also reflects this reality—in 2014, Russia pulled out of the Future Leaders Exchange (FLEX) program which provided the opportunity for high school students to study in the U.S., and only 5,293 international students from Russia pursued higher education in the U.S. in the 2019/2020 academic year. Only 1,050 American students studied in Russia in the same year. By increasing this partnership, U.S.-Russia relations can expand to “develop a habit of cooperation.” 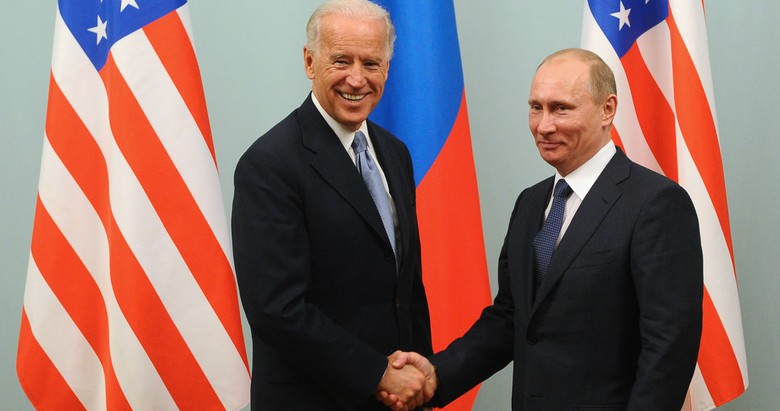 Anatoly Antonov, the Russian Ambassador to the United States, wrote a response letter to the New York Times article “Has a U.S. College Given Russia Too Friendly a Platform?” In this letter, Antonov acknowledges that he knows anti-Russian rhetoric is a tool of domestic American affairs but that its use has spilled “over into areas that have little to do with politics.” He cautions against continuing isolation between the two countries. Antonov recommends: “Our countries can develop stereotype-free perceptions of each other only through frequent and authentic cultural exchanges, and most important, by shaping the common values that are necessary for ensuring a safe and prosperous future for the entire world.” This means not viewing authentic attempts at educational and cultural exchanges as elements of the so-called Russian disinformation campaign.

Expanding the Map of Knowledge Production

Though Martin Müller’s “In Search of the Global East: Thinking between North and South” draws justified criticism, the article illuminates the Western perspective on Russia and Eurasia as regions of study in academia. He defines the Global East as the so-called Second World that has disappeared between the concepts of the Global North and South. Jacob Mikanowski notes: “I know a distinguished scholar of the region, a historian who teaches a regular course on Eastern European history who told me that every year he has to answer questions from his students about whether people actually love and laugh in this ‘grey place.’ I suppose I would rather teach on the ‘dark continent’, and at least garner the compassion of do-gooders than on a ‘grey place’ that evokes no emotion at all – the terra incognita of the world, where Macedonia, Moldova, Montenegro and Molvanîa blend into an amorphous mass.”

Academic exchanges—of both students and faculty—is one path in overcoming the idea of Russia and the post-Soviet nations as the grey place. The Global East is often “written out and reduced to a caricature.” The architecture of Western academia excludes Russian academics from circuits of knowledge production. English as the lingua franca (or French as a legacy of colonialism) limits the reach of Eastern scholars. As Müller argues, the Global East must move beyond an object of area studies to a method that can challenge the current knowledge production norms: “The recent upsurge of scholarship from the Global East leaves little doubt that the time has come to theorise not just about, but with the Global East.” As such, it is vital that American higher education institutions make significant efforts to include Russian scholars and faculty in international relations programs. In doing so, Russia is no longer the Other or a grey place.

Professor Edna Andrews of Duke University corroborates this need for U.S.-Russia academic cooperation. She highlights how Duke University has run one of the longest American-Russian cultural exchange programs in the United States that includes faculty exchanges between Duke and St. Petersburg State Universities. Restrictions, such as the decision of the U.S. Embassy in Moscow to suspend consular activities and the closing of the American Consulate in St. Petersburg in 2018, are troubling obstacles that prevent these exchanges from occurring. Andrews highlights that need for education and cultural exchanges as “something that has, even in the bleakest times, kept U.S.-Russia relations in balance.” As pandemic restrictions ease, the normal flow of exchanges must resume.

The internationalization of Russian higher education portrays the soft power potential of such cooperation and exchanges. Maria Chepurina explains how educational, people-to-people context outside of the political context can be successful as a tool of ‘new’ public diplomacy: “deep social interactions that occur while the person is abroad and the existence of a sense of common endeavor between the participants and their hosts.” Again, this speaks to how such exchanges could combat anti-Russian sentiments in the United States.

Though Russia tends to orient the internationalization of its higher education towards the Commonwealth of Independent States (CIS), it has worked towards increasing the prestige of Russian higher education on a global scale. In 2003, Russia joined the Bologna Process, “a step considered key in reforming the country’s higher education system through its harmonization with other Western European systems.” Moscow State University moved from a QS World University Ranking of #120 in 2014 to #74 in 2021.These efforts to increase global competitiveness, though not targeted at attracting American students necessarily, indicate that Russia is moving towards a more positive global image and inclusion in knowledge production.

As Russia works towards improving its higher education, the country hopes to increase its universities’ global rankings and global engagement. Increased recognition will allow for inclusion in Western European and American scholarship. The efforts of internationalization has several implications: “Generally speaking, most Russian scholars see the framework of internationalization as a combination of several components – cultural, educational, economic and administrative.” This form of public diplomacy will also allow for Russia and the U.S. to work towards a new détente.