The longer the current state of affairs in the Middle East deteriorates, the bigger the likelihood that major terrorist incidents will happen in our domestic societies 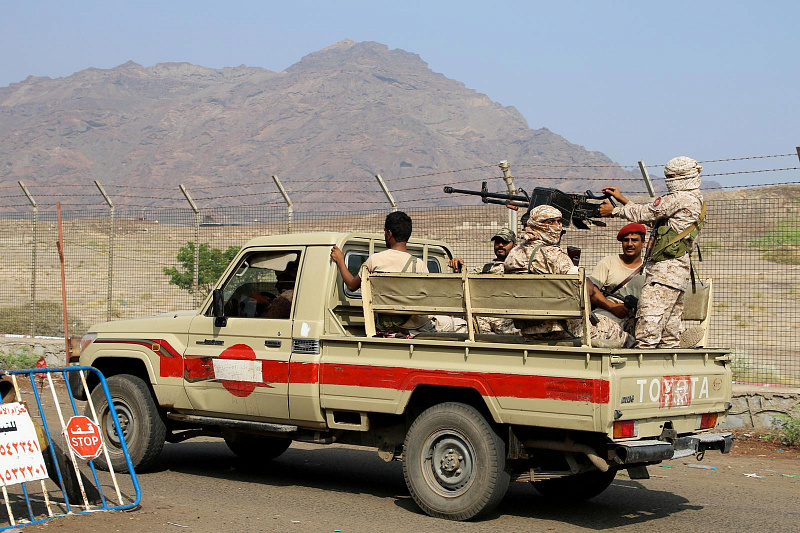 The situation in the Middle East is changing. Every year, the quagmire that has been caused by revolutions, civil wars and external intervention only seems to thicken.

Vultures are circling around the ruined carcass of Syria, with regional powers waiting for the opportunity to exploit the situation to their advantage. Proxy conflicts in Yemen and Libya are leaving destruction in their wake, depriving people of basic services and leaving them at the mercy of violent armed groups. Young men across the entire region are growing up desensitised to violence, forced to take up arms and join one of the myriad competing factions in order to increase their chances of survival in places where the rule of law has become non-existent. Terrorist groups seek to capitalise on the violence and alienation of these men by offering them false salvation in the form of jihadi ideology, while themselves effectively utilising digital technology to further spread their ideas and propaganda.

And to further complicate the situation, Russia and the US are using the Middle East as a chessboard on which to play out their game of great power politics. Such a state of affairs is unsustainable, unstable and dangerous for all parties involved. Steps must be taken towards stabilising the situation. The US and Russia, in their capacity as global leaders, are in a unique position to do so. In fact, the current status quo in the Middle East has provided the two states with an array of reasons to cooperate. The stakes here are high, because if Russia and the US opt not to work together, and the ticking time bomb that is the modern Middle East explodes, then the shockwave will undoubtedly be felt across the entire world.

One of the main strategic threats that the US and Russia can cooperate to counter is the destabilising and increasingly assertive Turkey. Turkey has been a rogue player in the region for years. On the one hand, it is a fully-fledged NATO member and by extension, a US ally, and on the other, it regularly works with Russia to advance its own interests (often to the detriment of US policy goals in the region). And yet, Turkey is an unreliable partner to both.

Turkey’s foreign policy works by constantly playing Russia and the US off against one another, which allows it to conduct aggressive international manoeuvres and escape punishment for them. Turkey’s repeated violations of Syria’s sovereignty, its military intervention in Libya as well as its logistical support of Azerbaijan’s operation in Nagorno-Karabakh serve as prime examples of the effectiveness of this strategy. However, said strategy undermines both US and Russian security interests, while also having a destabilising effect on the region.

The consequences of Turkey’s actions are often dire, and they often impede attempts at reaching a peaceful solution to some of the region’s most-pressing geopolitical issues, with conflicts in Libya and Syria becoming even more complex than they were prior to Turkish intervention. In addition to this, Erdogan’ ambitions of restoring Turkey’s status to its previous Ottoman glory should be a cause for concern for both Turkey’s immediate neighbours as well as the wider international community. Such a destabilising actor must be contained for the sake of the safety and stability of the Middle East, and it is high time that the US and Russia recognise that it is in their interests to work together and do so.

The US and Russia would also benefit from combining their political influence and working to stop Iran from becoming too powerful in the region. Currently the US views Iran as an enemy and as a state sponsor of terrorism, whereas Russia has cooperated with Iran on a number of issues, including providing support for Syria’s embattled government.

Despite Russia and the US seemingly occupying diametrically opposing positions with regards to Iran, there are actually a number of issues where the two share mutual interests.

For instance, Iran acquiring nuclear weapons is neither in the US’ interests, nor in Russia’s. The acquisition of weapons of mass destruction would significantly enhance Iran’s power projection capabilities, and would immeasurably strengthen Iran’s negotiating position on practically any issue of international importance. The US and Russia do not need another nuclear-armed rival, especially not one that repeatedly calls for the destruction of neighbouring states. Such belligerent rhetoric is in no way conducive to creating a safer, more peaceful Middle East. Therefore, the US and Russia would be wise to work to restrict Iran’s influence.

In addition to this, there is the slightly more pressing issue of American sanctions on Syria, which punish any company that seeks to engage in the reconstruction of Syrian infrastructure. Iran is already under a total economic embargo by the US, so additional sanctions on Syria will not stop Iran from engaging with the Syrian regime. On the other hand, such sanctions have so far seemed to have been effective at preventing Russian companies from getting involved in Syria’s reconstruction on a large scale.

Considering the fact that Russia’s interests definitely do not completely align with Iran’s on the issue of Syrian reconstruction, it is evident that US sanctions are actually having a counterproductive effect, leaving the very real possibility that Iran will walk away as the main winner from the Syrian civil war, enjoying immense levels of influence over the Syrian government. A Syria dominated by Iran is in no one’s interests, as the country will be sure to become a staunch ally of Iran’s in furthering Tehran’s destabilising geopolitical objectives, and will most likely be used as a base for Iranian-backed militias. In order for this not to happen, the US and Russia must find ways of collaborating to counter the threat.

Finally, there is the issue of terrorism. The current state of certain parts of the Middle East and North Africa is creating a breeding ground for the spread of jihadi ideology. Conflicts in Syria, Libya, Afghanistan and Yemen have left thousands of young men disenfranchised and disillusioned with the modern world. Many of these men have grown up seeing violence from an early age, and have been forced to take up arms in order to survive in the warzones they used to call their homes.

Naturally, living in such circumstances inevitably translates to inner rage. This rage is often directionless, but jihadist groups and their affiliates readily exploit the anger of these young men, and direct it against both the central governments of various states in the region as well as the West and Russia. Many in the Middle East already blame the United States for the region’s wars and problems, and if that anger translates to action it could spell danger for societies across the world.

Obviously, it would be the people of the Middle East who will (and already do) suffer most. But the longer the current state of affairs in the Middle East is allowed to deteriorate further, the bigger the likelihood that major terrorist incidents will happen in our domestic societies. Russia and the US must work together to apply maximum pressure with the intention of stopping the violence and rebuilding destroyed states, otherwise the consequences could be dire for both the region and for the international community.