The 3rd International Conference coincided with a fairly damp economic climate and unstable political atmosphere across many energy exporting states, thus in all building up naturally not overly optimistic mood. However, in respect to the Russia situation it was far from bleak as instability was actually playing into its favour. Iran’s expulsion from the global political and economic landscape, clashes across Syria and Libya and Iraq’s failure to restart sizeable production – all increased demand for Russian energy. Moreover, if Russia now plays its cards right and capitalises on this instability it may well emerge as a strong winner. To do so it must cement its status as a secure and competitive supplier. Albeit, Russia must consider its options carefully as even though the export route may seem like a clear choice, it may not be profitable, sustainable or in the best long-term interests. Hence, Russia must first mull over or at least not ignore its own internal market as various challenges await.

As stated by M. Krutikhin, in the foreseeable future the energy sector will experience price turbulence. In regards to oil, official forecasts estimate that global output will stabilize as demand increases; hence prices will rise as basic economics dictate. A further issue is reliable suppliers. For instance the EU has been aiming to agree 10 year long contracts with the Middle East, aside from this being a double-standard as it tends to avoid Russian long-term contracts by saying short-term hub trading without a fixed price is the future, the issue remains that this is not a safe partner (e.g. Arab Spring). Unless a price level of $100-$120 per barrel is reached, Saudi Arabia could fall into political turmoil. Likewise, shipping oil or LNG via the Cape of Africa is perilous with no stability of supply (e.g. pirates/failed states). So, at first it may seem that pipelines are a clear solution, as they offer the most stability and if prices will be high they will offset the huge construction costs; but it is not the case. As firstly, consumers will naturally search for alternatives if prices are too high, so investing in expensive pipelines with only long-term returns may not be smart as other substitutes can be found within the long timeframe. Also, certain existing pipes or planned routes need record breaking and unrealistic prices of $130-$160 per barrel to just breakeven. Currently, Rosneft annually gets $1 billion in federal taxpayer’s money for projects that do not breakeven; Krutikhin quotes Alexey Miller, Gazprom’s CEO, that by 2018 this sum could be a huge $127 billion for the whole sector. Krutikhin says the Eastern Expansion Project needs particular attention; for instance in respect to gas, China opposes paying over $290 per 1000 cubic meters, which is $110 cheaper per measure in contrast to the European consumers, whilst gas is also only really needed in Manchuria. So, not to exacerbate, resources must be price competitive to make alternatives unfavourable and projects need thorough calculation. As things stand Russia is near to subsidizing the Chinese consumers.

According to M. Bezryadin, the indecisive 1980’s and chaotic 1990’s left a major scar on the Russian energy bloc which is now beginning to get more of the much needed attention. Nonetheless, due to this period, the 1990’s targets for new fossil fuel regional and federal republics were missed. Thus, Russia for the past 20 years mainly enjoyed using light oil or gas which was easily available. But with traditional oil or gas fields running out, new areas need to be developed. Bezryadin takes a stern view about export by saying that firstly local capacity needs to be satisfied and then on with firm foundations, the industry can turn to export as the local economy can support it and offset some of the costs allowing for prices to be more competitive abroad. As for instance exports pipelines are being built in Kurskaya Oblaist even though locally 4-5bcm of gas is needed while in Republic of Sakha out of 900,000 citizens only 600,000 get gas. Inefficiency cannot be permitted and all cost saving measures must be implemented as post Tyumen only 1 or 2 major pipelines exist making the scale of new construction huge. Even new technologies can be considered, in Pakistan 2 million cars drive on gas supporting the local gas sector. 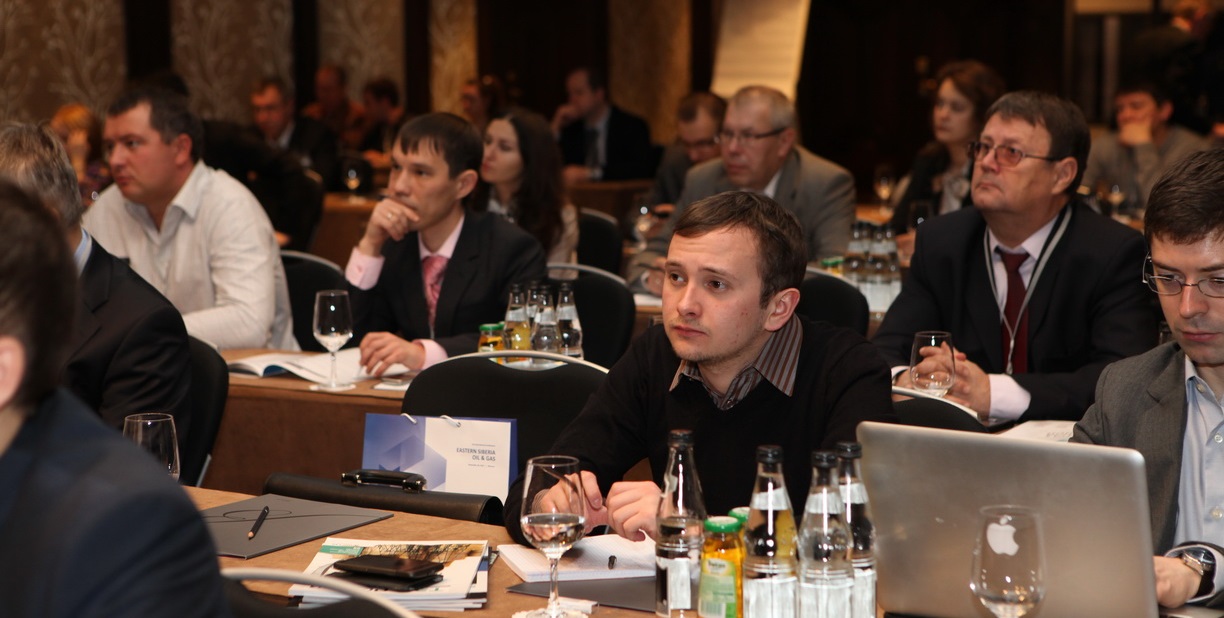 A phenomenon of big business aiding economic growth is internationally well known, as for instance oil companies have redistributed wealth in places like Brazil. In Russia success has also been achieved as upon their arrival into local areas, GDP per person on average has grown by 5 times or as high as 10 times in poorer regions (e.g. Jewish Autonomous District). In Yakutia and Chukotka GDP per person has grown from just 100,000 rubles per annum to 1.1 million. But, local salaries will need to keep growing as in areas like the Far East, where conditions are difficult and getting access to goods is even more difficult, simple items can cost 2-3 times more than the normal price. In addition Russia must continue its demographics campaign as forming local economies with 50% of the land being occupied by only 6 million people is difficult. Russia must see to its legal frameworks, logistical arrangements and business climate, for instance Tyumen has been a success as state subsidies increased salaries and population count.

In 2004 the Russian government begun to consult, whether, it should grow its regional energy assets or focus on its export arm. In 2008 the financial crisis dampened much of the progress, but as Russia emerges from the global economic slowdown it has the opportunity to restart on a fresh foot and in a correct manner as the two factors should not be segmented as already discussed above, but be interconnected and interrelated. Further, the state must take a more proactive role as even energy giants like Gazprom, Rosneft, Surgaz or TNK-BP cannot alone develop transport infrastructure, logistical systems, business climate and legal or business framework. Moreover, risk to rewards ratio must be improved, as companies hover around a 10% profit mark and even with reduced taxation or subsidies cannot push through major projects alone. In Republic of Sakha the breakeven period is 14 years whilst less developed areas require almost 20 years – businesses just cannot tie capital down for such terms without guarantees or help. For instance, Sweden took a proactive role and developed the energy sector leading to reduced business risk and overall success. It is a lesson to learn from, with some steps being introduced already as geological spending increased from 4.2 billion rubles to 37.4 billion rubles (2000-2012), the next step many specialist argue for is to have a system where information can be shared or even energy sector civil society.

In the world of energy trade which may seem slow and quite traditional, things in fact can alter swiftly with states or energy firms being like poker players; individual skill mainly rules the result, but at times one wins due to something beyond one’s control. The awful Fukushima Disaster boosted energy demand in Asia which was up to that time losing pace and the anti-nuclear sentiment has now carried itself over into much of Europe. Depending on the individual event and its longevity, states could capitalise in various ways, Russia has a big, albeit long-term opportunity in respect to the Asian market. But as discussed the issue of export and the local base is key as it will decided the end price. Unless Russia offsets the cost for gas from the current $400 per 1000 cubic meters, it could begin to lose market share – which has not changed in the last decade. The decision must be well calculated, yet quick, as USA has almost achieved independence from energy imports due to shale which could supply North America, Australian shale could supply Asia, Israel has off-shore shale potential, Middle East could make a stable return to supply Europe and if China gets the technological means it may mine its shale reserves which are the biggest in the world. Realistically, Russia cannot compete with shale prices as US trades at $70 per 1000 cubic meters, Australia at $120-$140 and Algeria and Qatar sell natural gas just above that. But Russia could continue to compete if it improves efficiency and creates a local economy as well as a status of a reliable supplier that will be a unique selling point in the turbulent world. 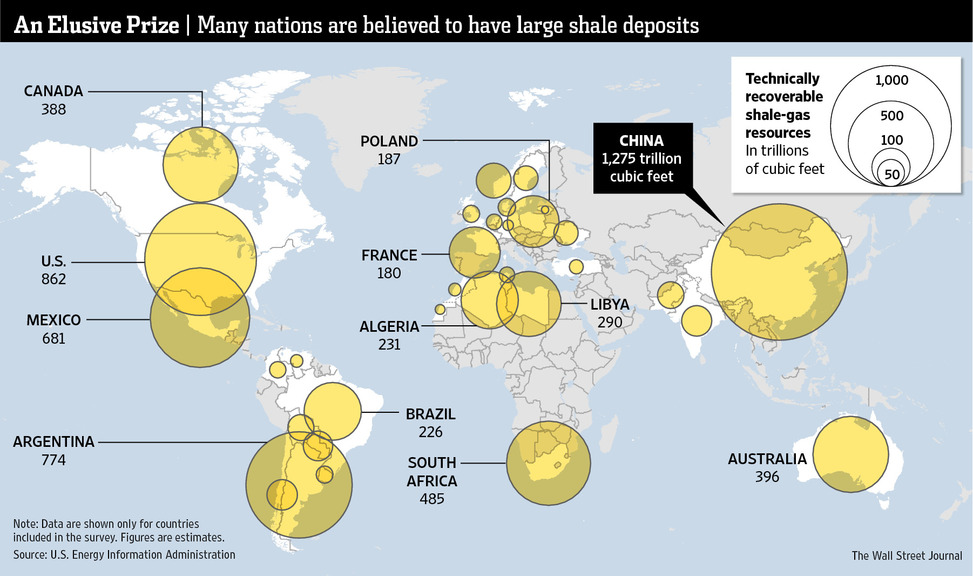