Climate Policy In Indonesia: An Unending Progress For The Future Generation 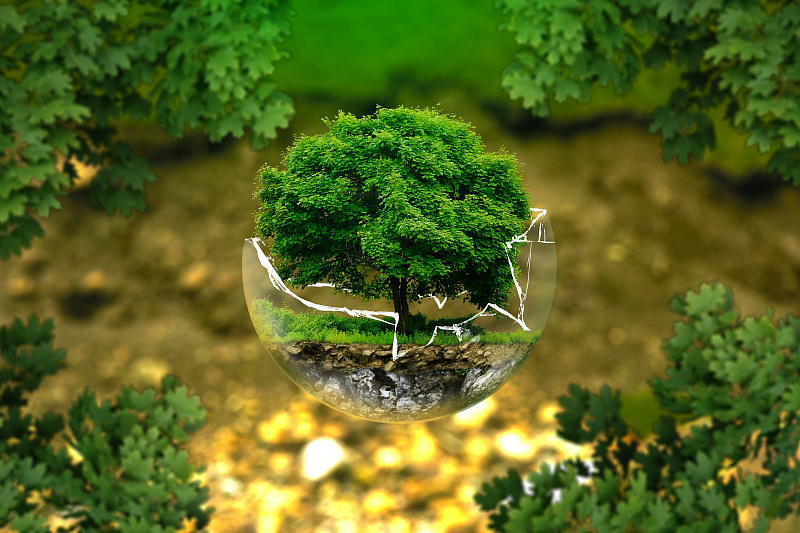 International efforts on climate change marked by the establishment of the United Nations Framework Convention on Climate Change (UNFCCC) in 1992 and the 1997 Kyoto Protocol to the UNFCCC. Both of these agreements represent international responsibility for gathering evidence, complying with and reconfirming to the Intergovernmental Panel on Climate Change (IPCC) that climate change exists.

In 1992, more than 150 countries attended the UN Conference on Environment and Development (UNCED) or known as the Earth Summit held in Rio de Janeiro, Brazil. Throughout the drafting process, 154 initially agreed to sign the UNFCCC as a strategy for tackling climate change. The UNFCCC later entered into force on 21 March 1994. Basically, this Convention acknowledges different responsibilities for developed countries, developed countries with special financial responsibilities and developing countries in responding to climate change. The Convention also targets to stabilize greenhouse gas (GHG) concentrations at a level that can avoid damage to the climate system. All members of the Convention agree to commit to the points on climate change.

Up to this day, 197 countries, including Indonesia, have become a party to UNFCCC. However, unlike Russia, Indonesia is not a member to the Annex I and II of the UNFCCC given its position as a developing country. According to this Convention, Indonesia along with other member States must periodically provide a special report called "national communication" which must contain the respective GHG emission information and explain the commitments of the Convention, whilst for industrialized countries or known as Annex I members, have additional commitments that they must adhere to.

The UNFCCC mandates all of its members agree to make policies to achieve the goal of returning their GHG emissions to their 1990 level by 2000. Annex I members must also provide periodic reports and provide separate annual reports on GHG emissions, and developed countries enlisted in Annex II must assist developing countries and countries undergoing economic transition in the transfer of climate-friendly technologies.

Given the failure of all member States to reach the minimum goal for GHG reduction by the year of 2000, thus in 1997 UNFCCC members gathered in Kyoto, Japan and issued the Kyoto Protocol to the UNFCCC. The Kyoto Protocol was formed which legally approved the target of reducing CO2 emissions by 55 percent from 1990 by industrialized countries, by establishing a mechanism that helps these countries reached the target. The Kyoto Protocol on November 18, 2004, after 55 members ratified its emissions, including industrialized countries, officially entered into force, thereby it became more effective and stronger.

Indonesia strongly supports the Kyoto Protocol by ratifying that Protocol with the Law No. 17 of 2004 concerning the Ratification of the Kyoto Protocol to the United Nations Framework Convention on Climate Change. Indonesia’s active participation as a state party to the Kyoto Protocol enables her to participate and implement JI, ET and CDM within its activities abroad and domestically. However, Indonesia still has a lot of work to do with the implementation of this Protocol. For example, Indonesia needs to adapt to global climate change and prevent climate change, while carrying out sustainable development activities.

In addition, there is also the implementation of Reducing Emissions from Deforestation and Forest Degradation (REDD+) in Indonesia. The REDD+ is the measures to use financial incentives to reduce emissions of greenhouse gases from deforestation and forest degradation. It includes the role of conservation, sustainable management of forests, and enhancement of forest carbon stocks, which help reduce poverty and achieve sustainable economic growth. The REDD+ strategy in Indonesia aims to manage natural resources in a sustainable manner. One of the successful progresses made by REDD+ in Indonesia is the reduction of deforestation rates below the average in the last ten years. Therefore, the Government of Norway, as one of the largest performance-based payment schemes for REDD+ in the world, signed a Memorandum of Understanding with Indonesia in May 2010. Norway has committed to USD 1 billion in value sharing based on the performance of the Indonesian government in executing this REDD+ global initiative.

Domestically, Indonesia has a Directorate General of Climate Change Control, which is one of the work units of the Ministry of Environment and Forestry of the Republic of Indonesia. This Directorate General handles climate change related matters, especially in the implementation of mitigation, adaptation, reduction of greenhouse gas emissions, reduction and elimination of ozone-depleting substances, mobilization of resources, inventory of greenhouse gases, monitoring, reporting and verification of climate change mitigation actions, as well as forest and land fire control. With the establishment of the Directorate General of Climate Change Control, there is a new hope for the implementation of climate change control activities that are well managed in support of development goals in the environmental and forestry sectors. The Directorate General of Climate Change Control has also developed an appreciation scheme in the form of the Indonesian Emission Reduction Certification Mechanism for Indonesia Certified Emission Reduction (ICER). This mechanism is for the Government and the private sector to facilitate incentives for mitigation actions through the National Registry System.

Apart of the existence of specialized body governing climate change related topics, Indonesia has also equipped itself with various legal instruments governing the issue of climate change, such as:

· Law of the Republic of Indonesia No. 16 of 2016 concerning the Ratification of the Paris Agreement to The Nations Framework Convention on Climate Change;

· Law of the Republic of Indonesia No. 32 of 2009 concerning Environmental Protection and Management (underlying Climate Change matter under the Ministry of Environment);

· Law of the Republic of Indonesia No. 11 of 2020 concerning Job Creation;

· Law of the Republic of Indonesia No. 6 of 1994 concerning the Ratification of the United Nations Framework Convention on Climate Change;

· Law of the Republic of Indonesia No. 41 of 1999 concerning Forestry.

As a consequence of these Laws, the Government of Indonesia issued various Government Regulations on climate change related matters. These regulations are:

· Government Regulation No. 83 of 2019 concerning Provision of Competent Technical Personnel in the Service Trade Sector;

· Government Regulation No. 45 of 2004 concerning the Forest Protection;

· Government Regulation No. 22 of 2021 on the Implementation of Environmental Protection and Management;

· Government Regulation No.23 of 2021 on the Forestry Implementation;

· Government Regulation No. 24 of 2021 on the Procedures for Conducting Strategic Environmental Studies.

· Presidential Regulation No. 16 of 2015 on the Ministry of Environment and Forestry - Directorate General of Climate Change Control;

· Presidential Regulation No. 77 of 2018 on the Environmental Fund Management;

· Presidential Regulation No. 92 of 2020 on the Ministry of Environment and Forestry;

In conclusion, Indonesia has equipped itself with various laws and regulations concerning the environment protection and climate change mitigation and prevention measures. In comparison with other countries in the world, Indonesia is considered advance in institutionalizing the principles of environmental protection in its national legal system.

The author is a 3rd year student at RUDN, RIAC intern