What’s on the Agenda for Prime Minister Modi’s Trip to America?

Indian Prime Minister Modi will soon be traveling to the United States where he’ll meet with U.S. President Joe Biden as well as his fellow Quad leaders from Australia and Japan during their first-ever in-person summit. He will then address the United Nations General Assembly (UNGA). His trip takes place against the background of the ever more intensifying New Cold War between China and the U.S., the continued COVID-19 pandemic and the West’s withdrawal from Afghanistan following the terrorist-designated Taliban’s takeover of the country. All of these will figure prominently on his agenda. This analysis will begin by explaining India’s interests in those three crises followed by ideas for how its leader can advance them during the three events that he’s expected to participate in. 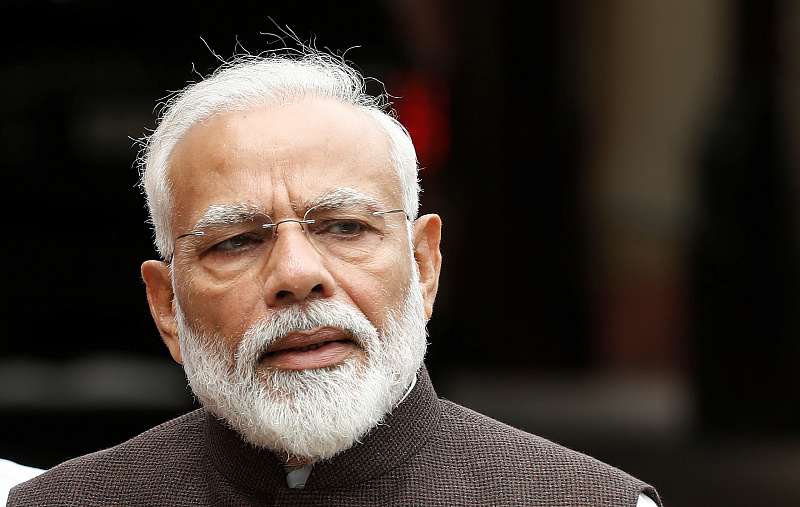 India seems to be the most pivotal state in the New Cold War. It still retains excellent economic ties with the People’s Republic of China in spite of a number of military, technological and territorial differences while enjoying excellent military ties with the U.S. and very promising economic potential with it too. It would be best for New Delhi to balance between these two indefinitely, but its leadership seems to have decided to—at the very least—tilt closer to Washington in recent years. The Quad is proof of this, as is India’s participation in that structure’s Supply Chain Resilience (SCR) initiative to diversify their supply chains away from China. Be that as it may, India might try to avoid agreeing to or doing anything too dramatic in order not to provoke China too much.

The COVID-19 pandemic continues to paralyze the global economy, which completely offset Prime Minister Modi’s ambitious economic plans for his country. Although India is still an attractive Foreign Direct Investment (FDI) destination, it hasn’t succeeded in presenting itself as an alternative to China on the scale that it earlier expected. The country will therefore require more multilateral economic support, which is why India might consider joining Biden’s Build Back Better World (B3W) initiative and even try to become its central component. Of course, these plans might be all for naught if India fails to contain the pandemic, so Prime Minister Modi must do his best to prioritize this in coordination with his country’s most trusted partners.

The last of the three crises is the Western withdrawal from Afghanistan, which resulted in a devastating setback for Indian strategic interests there. Pakistan has masterfully positioned itself as the most indispensable country for ensuring its neighbor’s post-war stability considering its close ties with the Taliban. It is no longer possible to isolate Islamabad no matter how much some in New Delhi might wish otherwise. This is especially the case after February’s agreement to build a Pakistan-Afghanistan-Uzbekistan (PAKAFUZ) railway, expected to become central to Afghanistan’s post-war reconstruction. It is also not a coincidence that the U.S.-centered “New Quad” includes all the three PAKAFUZ countries. Prime Minister Modi will likely ask Biden to clarify relevant U.S. interests.

This brings the analysis along to predicting how the Indian leader might seek to advance his country’s interests during the three events that he is expected to participate in. His meeting with Biden will seek to clarify the U.S. post-withdrawal relationship with Pakistan, especially with respect to PAKAFUZ and the “New Quad”. It will also try to figure out the most mutually beneficial and least risky role that India can play in the New Cold War, which—as they will likely conclude—is economic even if the military dimension ultimately overshadows it due to how China usually reacts to such developments. Prime Minister Modi might also discuss vaccine cooperation with a view towards maximizing their countries’ capabilities to jointly contain COVID-19.

The Quad Summit will probably capture most headlines because of how historic this meeting will be. It naturally has a military dimension which will prompt some sort of Chinese reaction, though hopefully whatever these allies agree to is not too provocative or destabilizing considering how tense the situation in the South China Sea is right now. Observers can expect statements of multilateral military support clothed in the language of “protecting democracy” and “ensuring freedom of navigation”, which might take the form of more arms deals and regional exercises. The economic aspect shouldn’t be overlooked either though, especially if they announce anything related to SCR and/or B3W. Both would probably elicit reactions from China.

As for Prime Minister Modi’s expected address to the UN GA, it is difficult to predict what he’ll talk about but it might broadly cover the three crises that were earlier discussed. The Indian leader might also pay some extra attention to Afghanistan considering how important that crisis is for his country’s interests, particularly these of security related to India’s fears of regional terrorism spreading from there. Should he touch upon that topic, then he will probably also take a few swipes at Pakistan though it remains to be seen how directly he will address New Delhi’s concerns with it, both bilaterally and with respect to a de facto Taliban-led Afghanistan. It would be interesting, though unexpected, if he tried to rally the international community’s aid efforts for Afghanistan.

Altogether, Prime Minister Modi’s upcoming trip to America is occurring in a highly strategic context and will involve three very important events. It might very well turn out to be that some of the results won’t be publicly disclosed considering how sensitive they are, especially those that might relate to Afghanistan, China and/or Pakistan. Even so, observers should still be able to generally intuit whether the trip was a success by the time it concludes. Everyone will be watching closely to see how India’s leader attempts to advance his rising power’s interests in these difficult circumstances, but hopes are high among his compatriots that he will achieve something by the time he returns home, if the details remain secret for the time being.