Russia & India Have Promising Potential to Cooperate on Maritime Security

Two reasons make this week an historic one for international diplomacy: it was the first time that an Indian Prime Minister chaired a UNSC meeting that in turn resulted in this global body issuing its first joint statement on maritime security. India prioritizes maritime security because of the interests that it has in its eponymous ocean. The Indo-Pacific is rapidly becoming the convergence point of the world’s most important geostrategic processes so it is incumbent on a country like India to take the lead in ensuring that the growing competition in this region does not become uncontrollable or destabilizing. 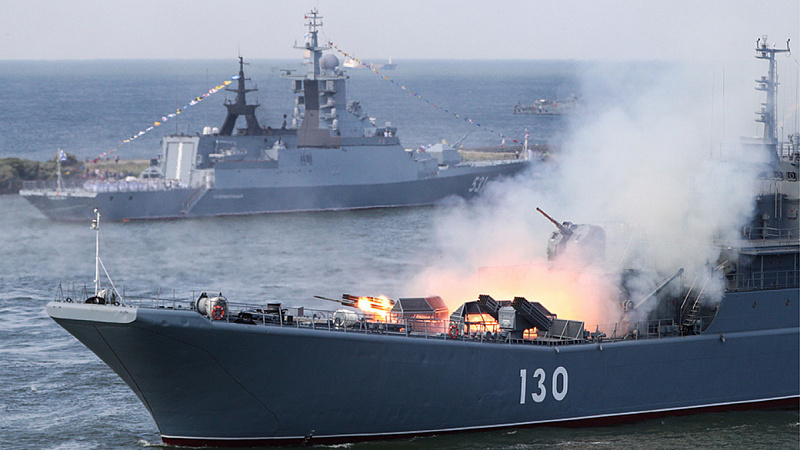 Prime Minister Modi proposed five principles for ensuring peace and stability in the World Ocean: removing barriers from legitimate maritime trade; peacefully settling maritime disputes on the basis of international law; jointly confronting natural disasters and threats from non-state actors; preserving the maritime environment and maritime resources; and encouraging responsible maritime connectivity. Each of these is in line with India’s Security and Growth for All in the Region (SAGAR) policy, which forms the basis of its maritime strategy. They also fully conform with international law.

Russian President Vladimir Putin also addressed the meeting and immediately began by praising Prime Minister Modi for his constructive initiative. Of particular importance are the Russian leader’s words about his country’s role in fighting piracy off the coast of Africa. He also said that Russia is “interested in building productive cooperation with the Indian Ocean Rim Association and the Indian Ocean Commission.” It is here where Russia and India could cooperate most closely and, therefore, ease Moscow’s concerns about New Delhi’s Indo-Pacific policy allegedly being part of a U.S. plot to contain China.

Regarding the first point about anti-piracy operations off the African coast, Russia might offer India use of its planned naval base in Sudan upon the host country’s ratification of last year’s agreement. This could help India establish a greater presence in the geostrategic Gulf of Aden-Red Sea (GARS) region. For that to happen, however, the two countries should first clinch a deal akin to the Logistics Exchange Memorandum of Agreement (LEMOA) between India and the U.S. in order to use one another’s bases for logistical purposes. Russia would then gain access to India’s relevant facilities, which would boost its presence in the Indian Ocean.

The two countries could then cooperate more effectively in enhancing maritime security. That development would also greatly dispel Russia’s suspicions that India’s Indo-Pacific policy is tilted too much towards American interests. After all, if India opens up the use of its military facilities to Russia for logistical purposes and, therefore, serves as the entry point for the Russian Navy’s return to the Indian Ocean, the Kremlin wouldn’t then have anything to be concerned about since its grand strategy interests would benefit from the courtesy of its decades-long special and privileged Indian partner.

Importantly, the Russian Navy’s return to the region via a LEMOA-like pact with India could set the basis for advancing the second element of Moscow’s Indo-Pacific strategy, joining relevant organizations. India is the founding member of the Indian Ocean Rim Association (IORA) and an observer in the Indian Ocean Commission (IOC) that was co-founded by its ally Mauritius. New Delhi could thus open up the door for Moscow to become an observer in both, by employing its direct influence in the IORA and through its indirect influence in the IOC via Mauritius. Success on these fronts would legitimize Russia’s return to the region.

Russia and India are therefore capable of helping one another in enormous ways when it comes to their shared goal of ensuring maritime security. The possible use of Russia’s planned naval base in Sudan upon Khartoum’s ratification of last year’s agreement could help India expand its Look West policy of regional engagement into North Africa. That would grant New Delhi greater access to the geostrategic GARS region, too, which—when paired with its recent inroads with the Gulf states—would result in the world recognizing India as an important player around the Arabian Peninsula adjacent to which a lot of global energy and trade transits via sea.

To facilitate this outcome, India should prioritize clinching a LEMOA-like logistics pact with Russia in order to assist that country’s return to the Indian Ocean. Upon that happening, New Delhi could then open the door for Moscow to join the IORA and IOC, which would legitimize its presence there and enable the two to cooperate more meaningfully in pursuit of their shared goals. This interplay of “military diplomacy” and “classical diplomacy” would be mutually beneficial and ease the Kremlin’s recent suspicions of India’s grand strategy in the Indo-Pacific.