Political Strategies in a Multi-Polar World. Where is European Union in All This Story?

Who do I call if I want to call Europe?

Today, the global political context is extremely complicated, and the international economic environment is tense under the pressure of the social crisis caused, in particular, by migration and the Covid-19 pandemic. At the same time, this turmoil and dissensions offer opportunities for the great powers to consolidate their positions in international relations and to dispute the notion of rivalry more than hegemony. 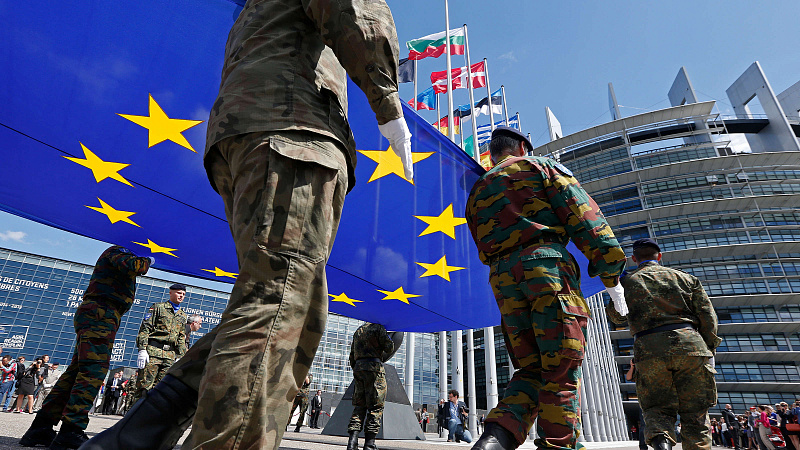 The end of the Cold War meant not only the transition to another structure of the international system (from bipolarity to unipolarity to multipolarity) but also the end of the hegemonic rivalry between the U.S., as a hegemon, and the USSR, as a competitor. Now, international relations experts agree that a relatively small number of states are to blame for disputes over regional rivalry, as permanent source of turbulence in the international environment.

The European Union’s international role and place was defined by optimism during the 1990s and early 2000s. Since then, the European Union has been surrounded by a gradually deteriorating security environment and seems to have lost its enthusiasm. Moreover, the global distribution of power and uncertainty about the future shape of the international political order are making it ever more complicated for the European Union and its member states to defend not only their values but, also, European interests in a radical world.

Therefore, the following assumptions are exhibited in order to forge future social and political strategies in these times of turmoil:

1. Today international politics is still under the sway of the realism, in its contemporary forms and nuances. Even though the European Union is considered the most institutionalized part of the world based on peaceful regional integration and displaying unique forms of political association, I do believe that states and not international organizations or corporations are the main actors in this geopolitical game. Hence, I do not agree with the statement that global politics amounts to a zero-sum game. Nowadays, this struggle is more intense than before, and we can’t argue that there are only winners or only losers.

2. I think that we will still have Eastern and Western Europe. Between these two parts of Europe, there is an important development gap. The best term to describe the idea is that of Multi-speed Europe with two or three or more speeds. The reality is the ongoing social, economic and historical gaps between these two geographical areas. States of Eastern Europe are very active on the bilateral relations but there is no solidarity between them. If they work together in the future, there will be a chance to accomplish more, as the Visegrad Group is not enough to accomplish regional development and independence. Fortunately, the desire to build a united Europe is more forceful than any idea of disunion, for example.

3. Eastern Partnership is a failure. Latest events in Nagorno-Karabakh and the ongoing hostility in Ukraine confirm the lack of strategic thinking and the limits of the EU’s foreign policy decision making process. The institutional reconstruction of the European Union to the extent to which it can cope with the challenges of the 21st century is a must, as this should redefine its goals and instruments to achieve them.

4. The European Union is weak on the international arena because it doesn’t have its own army. So, in terms of security, the EU depends on a relatively complicated relation with NATO, given that there are NATO member states which are not members of the European Union, such as Turkey, and EU states that are not NATO members, such as Finland or Cyprus. Moreover, as a coincidence (in which I don’t believe), the states from the Eastern bloc joined NATO first, joining the EU only after. The European Union must apprehend the security-related issues as a geographic and conceptual continuum. From a geographic perspective, this is applied from the closest frontier from the Balkans up to the Caucasians, all along with Central Asia and until the Middle East. From a conceptual perspective, this includes issues ranging from political corruption, criminality, ethnic conflicts to local terrorist attacks. Unfortunately, Europe is no longer a safe place. The concept of an inclusive Europe, much more operational beyond its stretched frontiers, must become the fundamental principle related to security. Not once, the strategic dependency on the United States rather than on NATO, forced Europe to waive the advancement of its interests. This disturbing factor is likely to persist, even though the European Union indicates that it is in search for a better-defined strategic identity.

5. Does the European Union speak the language of power? In my view, we should let the time answer this question. I believe that the European Union is too young to comprehend this modus vivendi. It seems that the more it expands the weaker it becomes, and the EU remains vulnerable on the eastern flank, under the influence of the Russian Federation and China. The ongoing institutional tensions within the EU, appears like a crucial barrier in order to become a powerful actor in a world full of uncertainty.

The European Union does not use its capacity to act strategically because its member states are too divided. Can the EU do something about it? The answer is not that simple. The EU needs unity more than ever before. The great powers (Russia and China) or regional powers (Turkey) are trying to dominate the boundaries of the EU and define and pursue their interests in a divided Europe. Without cohesion and solidarity within, this will be the path.

The challenge for Europe and the U.S. in the years to come will be to manage the particular problems confronting them in ways that help rebalance the relationship, away from European dependence and American dominance towards a more equal partnership. Meeting that challenge will not be easy. For Europe, it requires greater resources and a broader strategic vision. For the U.S., it means sharing not just burdens but power, responsibility and authority.

Can we speculate about stability and a new concert of powers? Definitely, no. A global concert would be a consultative rather than decision-making body. Consensus between the great powers is very difficult to achieve, since there are too many conflicts around the globe. The pandemic confirmed that the states and, also the great powers, have many things to improve in order to achieve the basic security issues for their own citizens.