Root Cause of India - Pakistan Conflagration

It is not a thankful job to write an analytical blog amid the din and noise of media cacophony, which we have been witnessing for more than a month now since the Pulwama suicide attack in Jammu & Kashmir on St. Valentine's Day killing over 40 soldiers of the Central Reserve Police Force – the Indian equivalent of Russian National Guards, evoking global condemnation of the terrorist attack, responsibility for which was taken by Pakistan-based Jaish-e- Mohammed (Army of Mohammed). Twelve days later Indian Air Force jets targeted the alleged training facility of this terrorist group at Balakot in Pakistan's Khyber-Pakhtunkhwa province in what was claimed to be non-military, pre-emptive strike. Followed by the Pakistani Air Force's attempt to hit Indian military installations close to the line of control (LoC) in Kashmir leading to a fierce dogfight between the rival air forces and downing of Indian MiG-21 and capturing of its pilot raising the alarm about 'imminent' atomic war between the two nuclear armed neighbours.

However, the de-escalation of hostilities was quick to follow under pressure from friends and allies on both sides, albeit the sporadic exchange of fire and artillery duels across LoC continue to this day, as India has entered into election mode when 900 million strong electorate is to vote in seven stage polls from April 11-May 19 with May 23 to be the day of reckoning, deciding the fate of the BJP-led government of National Democratic Alliance (NDA).

Critics of Prime Minister Narendra Modi on both sides of the international border between the two South Asian rivals had qualified the IAF strikes at Balakot as a poll gimmick to beef up the support for his party losing popularity in the country. Which may be true, only to some extent. Let us not forget that for the first time in history, at his inauguration Narendra Modi had invited the leaders of member states of South Asian Association for Regional Cooperation (SAARC) including prime minister Nawaz Sharif of Pakistan with the call of joint efforts for the development of their countries.

PM Modi spared no efforts to improve relations with Pakistan. On December 25, 2015 on his way from Moscow after summit talks with Russian President Vladimir Putin and a brief visit to Afghanistan, he made a surprise stopover in Lahore to greet Prime Minister Nawaz Sharif on his 66th birthday. However, Islamabad's military doctrine of Bleed India with a Thousand Cuts has continued. Just a week after Modi's Lahore visit a heavily armed militant group allegedly linked to Pakistan-based Jaish -e- Mohammed attacked Indian Air Force base in Pathankot (Indian Punjab) on January 2, 2016. A Pakistani team invited for investigation went back without finding any actionable evidence. Few months later in September four militants killed 17 soldiers in in pre-dawn attack on a military camp in Uri near LoC in Jammu - Kashmir. Items bearing Pakistani markings were recovered on the bodies of militants killed in return fire by the security forces. In retaliation the Indian Army on September 29 carried out surgical strikes at terrorist launch pads on the Pakistani side of LoC in Kashmir.

Pulwama suicide attack was the last straw that broke camel's back. Pakistani Prime Minister Imran Khan vowed to crush terrorist groups on the soil of his country. However, later the Foreign Ministry in Islamabad issued the statement that evidence provided by India could not be substantiated. India on its side expressed readiness to accept results of a third party verification.

We can only hope that Imran Khan, who in 1990s had visited Chechnya with a business delegation to express solidarity with the extremist regime of Zelimkhan Yenderbieyv and Aslan Maskhadov and in November 1997 had staged massive anti-Russian protests in Pakistani cities to raise funds for financing Yenderbiyev's regime, will have a sober look at today's reality.

In 1965 in his UN speech former Pakistani leader Zulfikar Ali Bhutto declared a thousand-year war on India, however, to avenge humiliating military defeat in 1971 Bangladesh war with India Pakistani President Zia-ul-Haq gave it the form of military doctrine of Bleeding India with Thousand Cuts. Over the years, Pakistan based Jaish-e- Mohammed and other Jihadist groups have been fanning insurgency in Jammu and Kashmir in line with this strategy.

Islamabad has been identifying Kashmir as the core issue in India -Pakistan relations, while New Delhi says that terrorism directed against it does not provide a conducive atmosphere for a composite dialogue to resolve all the bilateral issues. Former prime minister of India Inder Kumar Gujral in a private conversation with this author recalled his tet-a-tet meeting with his Pakistani counterpart Nawaz Sharif on the sidelines of Male summit of SAARC in 1997. At which PM Sharif insisted: Without Kashmir, creation of Pakistan is incomplete. To which Mr Gujral declared: We will not give you Kashmir in any case! He proposed to create the conditions for the free movement of people to reunite the divided families and restore trade across the LoC.

This year we are marking the 150th birth anniversary of Mahatma Gandhi the apostle of peace and non-violence. It would be interesting to read what he said when Pakistani razakars (Volunteers) stormed into the princely state of Jammu and Kashmir after its Maharaja Hari Singh signed accession to the Indian Union with special provisions and sought Indian military help and explains why United Nations was approached. 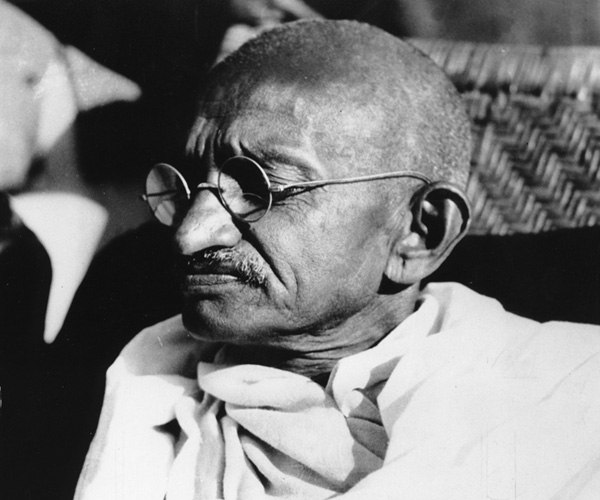 In his public sermon on January 4, 1948 Mahatma Gandhi, who fought for the independence of undivided India and was against its partition said :

Today there is talk of war everywhere. Everyone fears a war breaking out between the two countries. If that happens it will be a calamity both for India and for Pakistan. India has written to the U.N. because whenever there is a fear of conflict anywhere the U.N. is asked to promote a settlement and to stop fighting from breaking out. India therefore wrote to the U. N. O. however trivial the issue may appear to be, it could lead to a war between the two countries...You may ask if I approve of the Union Government approaching the U.N.O. I may say that I both approve and do not approve of what they did. I approve of it, because after all what else are they to do? They are convinced that what they are doing is right. If there are raids from outside the frontier of Kashmir, the obvious conclusion is that it must be with the connivance of Pakistan. Pakistan can deny it. But the denial does not settle the matter. Kashmir has acceded the accession upon certain conditions. If Pakistan harasses Kashmir and if Sheikh Abdullah who is the leader of Kashmir asks the Indian Union for help, the latter is bound to send help. Such help therefore was sent to Kashmir. At the same time Pakistan is being requested to get out of Kashmir and to arrive at a settlement with India over the question through bilateral negotiations. If no settlement can be reached in this way then a war is inevitable. It is to avoid the possibility of war that the Union Government has taken the step it did. Whether they are right in doing so or not God alone knows. Whatever might have been the attitude of Pakistan, if I had my way I would have invited Pakistani representatives to India and we could have met, discussed the matter and worked out some settlement. They keep saying that they want an amicable settlement but they do nothing to create the conditions for such a settlement. I shall therefore humbly say to the responsible leaders of Pakistan that though we are now two countries 努hich is a thing I never wanted背e should at least try to arrive at an agreement so that we could live as peaceful neighbours. Let us grant for the sake of argument that all Indians are bad, but Pakistan at least is a new-born nation which has more ever come into being in the name of religion and it should at least keep itself clean. I shall therefore suggest that it is now their duty, as far as possible, to arrive at an amicable understanding with India and live in harmony with her.

Even today Mahatma Gandhi's prophetic words remain topical and have not lost relevance.