It has been a hectic summer with the month of July full of events keeping reporters busy in covering the FIFA extravaganza in Russia, first-ever full scale Helsinki summit between the US President Donald Trump and Russian President Vladimir Putin, BRICS summit in Johannesburg in South Africa and scores of political developments in major capitals, which directly or indirectly, had to some degree an impact on India and its public opinion about Russia. 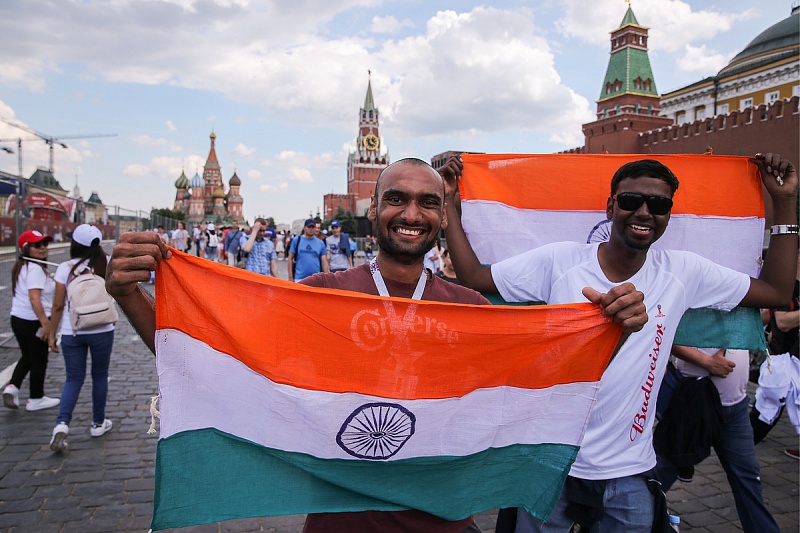 Now the rush of events is over and it is time to take a stock of things. It would be appropriate to begin with FIFA Football World Championship in Russia. Although I am not a football fan, I became one due to my Facebook friends, including several ambassadors, veteran diplomats, academics and research scholars, which all of a sudden turned out to be avid football fans, staying late nights watching live matches from Moscow and other Russian cities hosting FIFA World Cup.

Many got a glimpse of Russia, much different than the narrative of a mafia run third-world country ruled by 'ruthless dictator" Putin. Scores of young Indian journalists, who had landed to cover the World Cup, were simply shocked at how the reality of Russia was so different than portrayed by the mainstream media. This had an imminent affect on the tone of coverage in the Indian media with a lot of stories about Russia connections of their cities and states. About 5 thousand Fan IDs were issued to the Indians belonging to various strata of the society including celebrities like Bollywood megastar Amitabh Bachchan and Forbes-listed richest Indian Mukesh Ambani with families.

The Indian fans, mostly belonging to the younger generations, could not only see the new Russia but also feel the traditional warmth for India of which they had heard from their parents. A group of Indian journalists covering the final games were aghast at the wide chasm between the Russian reality and their perception of Russia, nurtured by the Western mainstream media. At the Indian Embassy reception for the visiting journalists the main question was: What the two governments were doing to enhance people-to-people contacts to put the things in right perspective?

Perhaps, President Vladimir Putin has taken the right step in this direction by granting Fan ID holders and their family and friends visa-free Russia visit till the end of 2018. This is a good opportunity for the Indians also to promote people to people contacts between the two countries, which despite ups and downs have remained strategic partners.

Next day after the grand finale of the FIFA World Cup at which France lifted the World Cup after twenty years and a small but proud nation Croatia made history by reaching the second spot, on July 16 President Vladimir Putin of Russia headed for Helsinki, the capital of neighbouring Finland for his first formal summit talks with his US counterpart Donald Trump. 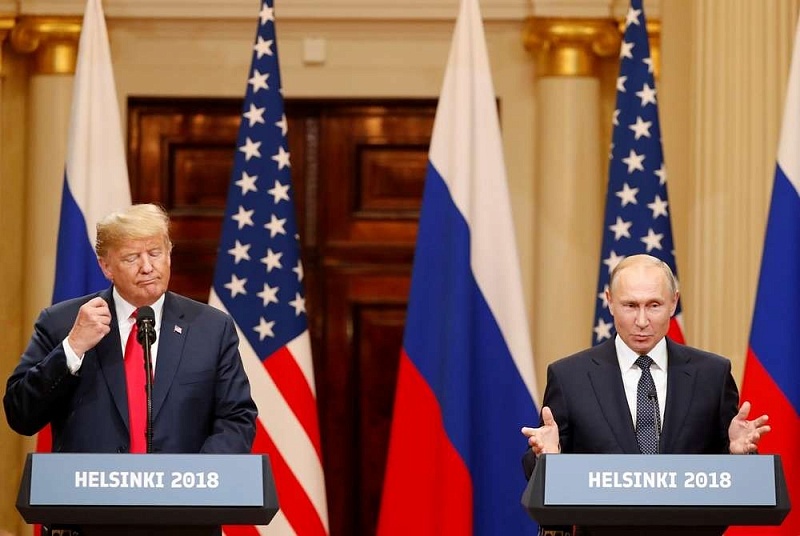 India was also eagerly watching this summit at a time when the relations between the two rival nuclear super powers were at precariously low and Washington's anti-Russian sanctions like CAATSA, mentioned in earlier blogs were also beginning to pose a threat to New Delhi's strategic autonomy - an essential attribute of a nation's sovereignty.

However, President Trump's allegedly dismal show at the concluding joint press conference with Mr Putin, widely seen in the US as betrayal and treason had stirred the hornet's nest in his country where he is being portrayed as "the weakest" head of the world's mightiest nation.

CAATSA — Countering America's Adversaries Through Sanctions Act, aimed at punishing the Kremlin for alleged meddling in the 2016 elections in which the Democratic candidate Hillary Clinton was beaten by the Republican maverick Donald Trump.

During her campaign Mrs Clinton had repeatedly asserted that her loss will be a victory of Putin. After Helsinki summit President Putin rightly noted that the US-Russian relations have become hostage of domestic US political infighting.

In the wake of Helsinki summit noises in the US Congress over India's plans to buy S-400 air defence systems from Russia grew lauder and threat of CAATSA secondary sanctions against New Delhi looked real.

As a nation with over 1.3 billion population, India is too big to accept any outside diktat and there are some "red lines" its leadership at any given time cannot afford to cross. Even as the government of Prime Minister Narendra Modi is seeking closer strategic ties with Washington including in military-to-military cooperation, it has set at least three "red lines" - autonomy in bilateral relations with time-tested friend Russia, northern neighbour China and Iran, which is a key to India's access to Afghanistan and Central Asian nations. PM Modi has clearly outlined this in his Shangri La speech in Singapore.

Indian Defence Minister Nirmala Sitharaman categorically declared that CAATSA was a US law and not a UN resolution.

Even the US military understands that pressing India too hard will be counterproductive. US Defense Secretary Jim Mattis urged the Congress to give a waiver for India,Vietnam and Indonesia also who heavily depend on Russian defence supplies.

It is a sensible stance from the US point of view as all the three fit in its policy of containing China. The joint conference report of Senate and the House modified waiver to CAATSA section 231 sanctions sparing countries like India, Vietnam and Indonesia.

However, it is too early to rejoice as it yet unclear with what riders these waivers will come, specially in case of continuation of import of oil from Iran after November 4.

Time will only tell. 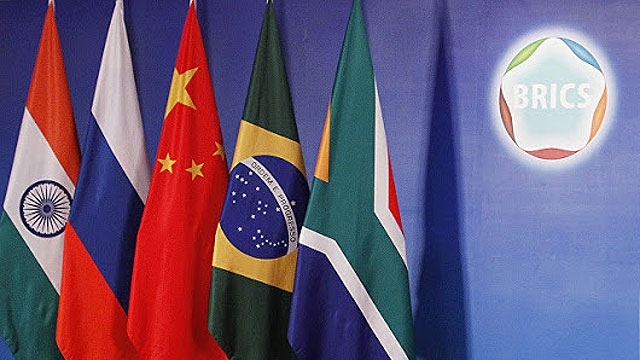 Speaking after the summit President Putin recalled that its foundation was laid at the first-ever summit of the leaders of Russia, India and China in 2003 when they had first met in St. Petersburg on the sidelines of the celebrations to mark the 300th anniversary of the foundation of Russia's former imperial capital by Peter the Grate in 1703.

On the sidelines of the BRICS summit Indian Prime Minister Narendra Modi and Russian President Vladimir Putin also had a meeting, just two months after Mr Modi's informal visit to Sochi at the invitation of Mr Putin.

According to the Indian External Affairs Ministry spokesman Raveesh Kumar, "both leaders had a comprehensive discussion on bilateral issues of mutual interest, especially in trade and investment, energy, defence and tourism.

President Putin is scheduled to visit India for annual summit in October and both countries are hoping to conclude their long-pending defence contracts including the controversial S-400 Triumf missile deal in spite of US displeasure.