In May 2019 we will celebrate the 5th anniversary of the signing of the Treaty on the Eurasian Economic Union (EAEU) and the 25th anniversary of the idea of modern Eurasian integration. Since then, the Eurasian Economic Union established itself as a rapidly developing, open and attractive integration block, which has become the indisputable reality of the economic processes in Eurasia. Perhaps, enough time has passed so that we might begin to think about the “theory of Eurasian integration” in itself, as well as to outline its potential contents. 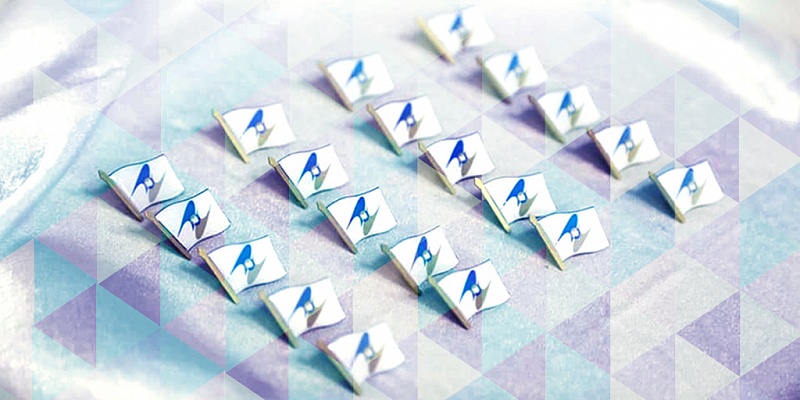 Most importantly, the Eurasian Economic Union, which was first proposed in 1994 by Kazakhstan’s president Nursultan Nazarbayev, is still primarily intergovernmental in nature and has a purely economic, i.e. strictly non-political agenda. According to the EAEU Treaty, its overall goal is to create an environment conducive to realizing the potential of economic ties within the region, modernizing national economies, and increasing global competitiveness. The centre, the core, of Eurasian integration is the single market for goods, services, capital, and labour. For the first time in history the EAEU is a completely peaceful, voluntary, democratic, equal and market-based unification of the countries and peoples of the Eurasian space.According to these goals, the theory on Eurasian integration can also be called “pragmatic Eurasianism”, since it follows a purely pragmatic approach to building integration. Completely pragmatic economic goal-setting, not ideological content, e.g. as opposed to European federalism, occupies the central position in the wording of the EAEU Treaty and the logic of building institutions of Eurasian integration.To my opinion, within “pragmatic Eurasianism” we can outline four schools of thought, which are most appropriate for understanding the modern integration processes in the post-Soviet space: holding-together integration (E. Vinokurov, A. Libman), cooperative hegemony (T. Pendersen), and liberal intergovernmentalism (A. Moravcsik); as well as, to a certain extent, geoeconomic determinism (Y. Lisovollik).Reunion because of crisis: Holding-together integrationTo explain the logic of Eurasian integration, the sociologist from Ludwig Maximilian University Alexander Libman and the director of the Eurasian Development Bank’s Centre for Integration Studies Evgeny Vinokurov offer the theory of holding-together integration (2012). Holding-together integration is regional integration initiated by a group of countries that until recently were part of a unitary state or a colonial empire and maintain a high level of economic, political, and cultural ties.Firstly, holding-together integration helps maintain a certain level of economic and political cohesion between newly independent states— either indefinitely or for a limited period (thereby making the separation process less costly and painful).Secondly, holding-together integration may also imitate a U-turn: strong disintegration after dissolution of the unitary state, followed by reintegration based on interstate cooperation, various mechanisms, and, possibly, a revised set of members. During periods of economic prosperity, countries can take symbolic steps to create a national identity, but an economic slump makes the costs of nation-building prohibitive. In general, holding-together regionalism may be an integration project necessitated by a crisis: an economic downturn may spur cooperation between countries. In an unfavourable economic situation, deep economic ties between newly independent states are more likely to be strengthened than these states’ links with third parties.Understanding Russia’s interest: Cooperative hegemonyFrom the point of view of the realistic approach, integration processes are rather difficult to explain, as the question arises as to what causes the major powers, in our case Russia, to bind itself to an external institutional framework (rules of the game), by participating in the processes of regional integration with smaller states. To explain this phenomenon, the Danish political analyst from Aarhus University Thomas Pedersen in his book “Cooperative Hegemony: Power, ideas and institutions in regional integration” (2002) offers the theory of cooperative hegemony, which goes beyond the analysis of the European experience.Cooperative hegemony is a type of regional order, within which “soft” control is exercised through cooperation agreements based on a long-term strategy. It is only one of four other possible strategies of the great powers, and the choice can also be made in favor of a one-sided hegemony, building an empire or a “concert.” Cooperative hegemony can be understood as an binding “agreement” between the regional center, i.e. Russia, and the periphery, i.e. the other EAEU member states: the first gives some preferences and follows the policy of a certain self-restraint in exchange for loyalty of the second.My friend the state: Liberal intergovernmentalism Liberal intergovernmentalism explains the nature of the EAEU very well. Having only recently gained independence from a highly centralized and unified state – the USSR – the newly independent states of the post-Soviet space highly cherish their sovereignty and national identity.Like intergovernmentalism, liberal intergovernmentalism emphasises national governments as the key actors in the process of integration and considers supranational institutions to be of limited importance in the integration process. However, it also incorporates the liberal model of preference formation, whereby national governments, such as the EAEU member states, have a strong idea of what their preferences are and pursue them in bargaining with other member states. Liberal intergovernmentalists argue that the bargaining power of member states is important in the pursuit of integration, and package deals and side payments also occur in the process of making deals. They see institutions as a means of creating credible commitments for member governments, that is, as a way of making sure that other governments that they make deals with will stick to their side of the bargain. In addition to that, especially the national governments of the smaller member states – Armenia and Kyrgyzstan – view the Eurasian integration process as a viable means to implement their social and economic commitments towards their populations.Liberal intergovernmentalism is a development on the intergovernmental theory of European integration, established by the American professor at Princeton University Andrew Moravcsik in his book “The Choice for Europe” (1998). In the 1990s it was the dominant theory of European integration.

According to law researchers from the Moscow based Higher School of Economics Kirill Entin and Maksim Karliuk, in a narrow sense it is fair to speak about the existence of an “acquis of the Eurasian Economic Union” in its own right. There could be some reservations or doubts regarding this statement as the field of the EAEU exclusive competence and the powers of the Eurasian Economic Commission (EEC) remain limited – mainly in trade with third parties, on technical regulation and on sanitary, phytosanitary and veterinary measures, antidumping and trans-border competition. Moreover, although the Commission’s decisions are directly applicable, the Commission often lacks the necessary instruments to ensure the EAEU countries’ compliance with their obligations at the national level. The EEC cannot impose sanctions for failure to fulfill obligations before the Court. This “integration handicap” creates an extensive field for violations, which, in turn, compomises integration.

Another handicap is the absence in the arsenal of the Court of the Eurasian Economic Union of the preliminary ruling procedure – an instrument that greatly contributed to the development of EU law. And although in its judgments and advisory opinions the Court is giving interpretation to EAEU law provisions the EAEU Court’s acts are not formally included in the notion of EAEU law as formulated in the Treaty.

For comparison, the EU’s acquis (previously known as “acquis communautaire”, fr. “aquired by or through the community”) is the accumulated legislation, legal acts, and court decisions which constitute the body of European Union law. During the process of the enlargement of the European Union in 2004 – 2007, the acquis was divided into 31 chapters for the purpose of negotiation between the EU and the candidate member states. Before becoming a new member of the union, the candidate country is required to adopt and implement a significant part of the EU acquis.

Despite these limitations the EAEU law is progressively transforming into an autonomous legal system as the EAEU Court has pronounced in its acts that EAEU Treaty provisions take precedence over national law and, if they confer rights or legitimate interests to individuals and are sufficiently clear and precise also have direct effect, i.e. may be relied upon in national courts.

Having made these observations, it is necessary to strengthen the EAEU’s intergovernmental component, giving its members the opportunity to coordinate economic policies on issues not transferred to the supranational level, and avoiding separate deals. Today, Eurasian intergovernmental coordination is carried out at the level of vice-premiers who form the Council of the Eurasian Economic Commission. This is clearly not enough. It should be expanded to the level of ministries and departments of all the EAEU countries and to create an institution of their permanent representatives with the Union, which would devote all their time to intergovernmental coordination. Furthermore, it is worth strengthening the powers of the existing bodies of the EAEU – of the EEC and of the EAEU Court – according to the already agreed rules.

Revenge of the heartland: Geoeconomic determinismAnother unique feature of Eurasian integration, as pointed out by the EDB’s chief economist Yaroslav Lissovolik, is the result of the region’s tellurocratic geography. There is an unprecedented distance of Greater Eurasia’s hinterland/heartland, where most of the EAEU’s territory lies, from the global ocean and accordingly from international markets. Four out of five of the EAEU’s member states are landlocked: Kazakhstan is the largest landlocked country in the world. Belarus is the largest landlocked country in Europe. Kyrgyzstan, apart from being landlocked, is among the countries with one of the highest levels of elevation above sea level in the world. Armenia is the only country of Western Asia without access to a sizeable water space.In view of the higher transportation costs faced by landlocked economies they are less competitive, as imports and exports are more expensive. According to research by the World Bank land-locked countries have on average 30% lower trade turnover than countries with access to the sea; continentality reduces a country’s growth rate by 1.5% as compared to coastal countries. Here, the founding of the Eurasian Economic Union can be seen as an answer to this geographic problem, since the EAEU performs a crucial role of improving the access of its members to international markets via reducing customs duties and non-tariff barriers, as well as by advancing connectivity in transportation through the formation of a common transportation space.It is worthy to note that similar statements on the geoeconomic determinism of Eurasia have already been made by the classical Eurasianist economist Peter Savitsky (1921) and philologist Nikolay Trubetskoy (1933), which makes this argument one of the view links between classical and pragmatic Eurasianism.Literature:
Share this article