On the Authority of American’s DNI: Are China’s Cyber Espionage and Wolf-Warrior Diplomacy Worrisome for BND and BFV?

I have been living for quite some time in Germany, and as national security and counter terrorism Analyst, I have observed the socio-economic, political and security developments in the country. 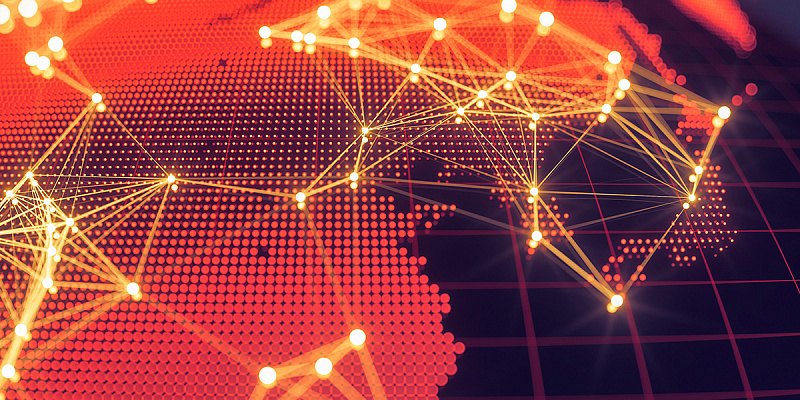 I took part at a number of events launched by politicians and parliamentarians, discussing Germany’s stance towards South Asia, Middle East and East Europe along with South China Sea.

At the end of the day, I came across that the narrative of resilience and strategic independence is vague and elusive parole. Since naivety is at forefront and German public and private apparatuses are vulnerable, could easily be manipulated by their adversaries. In addition, such approaches are solely premeditated for tactical campaigns, drawing attention of American policy-drivers, in order to reconsider its modus operandi, concerning Europe in general and Germany in particular.

Saying that, without American cover, Germany/Europe is not in position to hold its footprint in South Asia, Middle East and elsewhere. As soon as US reduce its footprint in the said regions, Germany/Europe and its NATO allies will conform, because without the logistical support provided by the US forces, they cannot manage the situation. The Afghan case made it clear, when the US decided to drawdown, its NATO allies have started to reconsider their military presence in the Afghanistan. Consequently, American logistical, intelligence, cyber-security and monetary supports are essential tools for the survival of its partners on the other side of the Atlantic. Additionally, the strategy to counter the adversaries ought to have diligently formulated to be advantageous for partners of both sides of the Atlantic.

Now the question is whether China’s so-called Wolf-warrior Diplomacy and economic espionage pose a threat to the national security of Germany as well, while America’s Director of National Intelligence (DNI) considers China as number one national security menace to the US and its allies.

DNI assesses that China is the greatest threat to democracy and liberty across the globe; furthermore, it equates China to fascism. DNI assessment reveals that Beijing endeavors to take over America and the rest of world economically, militarily and technologically. The revelation demonstrates that Chinese key public enterprises and corporations offer only a layer of concealment to the activities of the Communist Party.

The disclosure indicates, China applies its economic espionage to stick up the intellectual property of the American companies, imitate their technologies, and replace them in the global marketplace, spoiling the values of the said companies as well as their employment. China has projected to remunerate senior foreign scientists to steal information its behalf, and the FBI often arrests Chinse citizens stealing research and development secrets. American government approximates half a trillion dollar loss, caused by China to steal American intellectual property every year. China robs defense technologies to be at the vanguard militarily. The country’s intelligence apparatuses use business firm such as Huawei and others for their objectives. Therefore, the US allies war alerted about the red-flogs to apply chines technologies, which will in turn limit American capability to share intelligence with them.

DNI labels China’s efforts to impinge influential politicians including congressional members and their assistants, which reflects a typical scenario: a chinses possessed plant in America hires thousands of American workers. Representatives of the Chines Company approach the union leader of the plant, explaining that a local congressional member gets stiff on legislation, which poses threat to the Chines interests.

The union leader is notified he must urge the congressional member to change his/her position otherwise the factory and its businesses won’t endure, so the union leader contacts the congressional member, indicating that the union will not cooperate his/her re-election other than a change in one’s stance. As a result, they both unintentionally maneuver under Beijing’s stimulus. DNI calls for refocusing the intelligence efforts to counter China’s threat at the global level, which should be the case for other countries as well to reconsider their approaches towards China. DNI arguably indicates that world confronts choice between two irreconcilable ideologies, while China attempts to drag the world back into the Dark Age and end spreading of freedom.

Coming back to the main question, China’s economic espionage and technological theft may also cost Germany billions of dollars annually. However, there is no concrete data about such Chinese measures in open sources. I tried myself to figure out and done some researches, in order to find out and exact intelligence in this concern, but no encouraging result was available. Albeit, I am well aware of Chinese undercovers and intelligence hands, who clandestinely operate across Germany and Europe to divulge data, scout information and snitch intelligence. Since, there are realms of interests such as defense and military technologies, automotive industry, aircraft engineering, and maritime manufacturing, for China to exert espionage. Conversely, some of German military and defense technologies lacking efficiency. In comparison to American technologies, German technologies are less viable and workable in Afghanistan, Iraq and Syria, in accordance with available data.

Regardless of all preeminent scarcity and inadequacy in Governmental and counter intelligence and cyber-security apparatuses, Germany is not the United States of America, where there is a community of Chinse immigrants, who enjoy the right to vote and run for the office. Unlike America lobbying is not feasible in Germany even is an act of delinquency. Furthermore, there is less likelihood to apply Beijing’s economic advantage via business rudiments to clout elected bodies and their aids, to promote Chinese interests in Germany. The American case is different, where China has been applying a classic scenario: right after the end the cold war, China covertly and amenably dispatched intelligence operatives to the States, to maneuver across America. China deliberately made Chinese citizens marry Americans and give birth on American soil study at American schools, colleges and universities, and awaited for such a generation of Sino-American, to run for the office, and influence American policy concerning China. Contrasting to the US, luckily China does not enjoy such advantages in Germany at least for time being.

Provided that, Germany’s intelligence and counter-intelligence networks depend on their American counter-parts, it make scene to pay attention to the declarations turn up from the American intelligence community, and apply the right strategy, to limit China’s leverage and thwart Chinese manipulations in Germany and Europe.
Share this article