Is Abu Bakr Al-baghdi’s Death the Beginning of the End for ISIS?

Alongside answering the above-mentioned question and envisaging the future of ISIS, it is worth taking a look at the birth of Al-Baghdadi, his conjecture, his motives, as well as the predisposition and the slump of ISIS along with its ideology and doctrines. 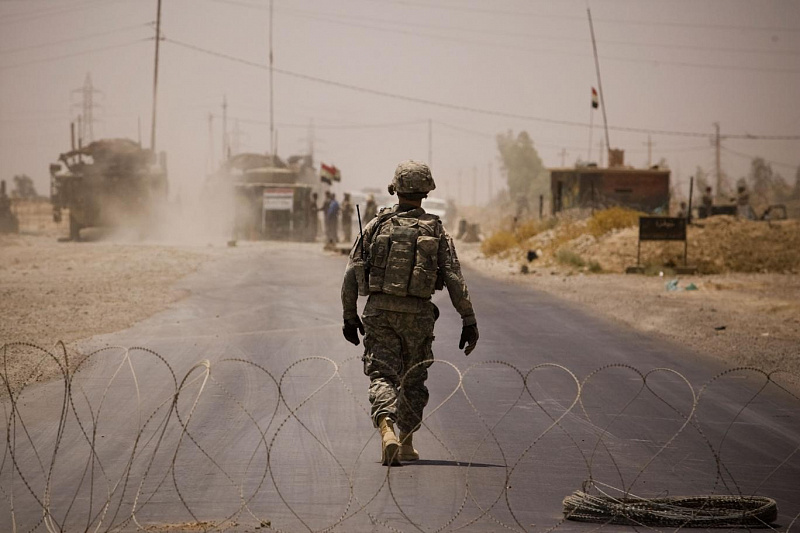 Abū Bakr al-Baghdadi was born on July ‎28, 1971, in Iraq. He began life in a dry and desolate plain in the village of Al Jallam, in central Iraq. He was one of five sons and several daughters of a conservative Sunni man who sought a living selling sheep. Baghdadi was considered a Specially Designated Global Terrorist by the United States until his death in October 2019. In June 2014, he was chosen by the majlis-ash-shura, representing the ahl al-hall wal-aqd of the Islamic State as their caliph.

Baghdadi was directly involved in atrocities and human rights violations conducted by ISIL. These include genocide of Yazidis in Iraq, extensive sex slavery, organized rape, floggings, and systematic executions. He directed terrorist activities and massacres. He embraced brutality as part of the organization's propaganda efforts, producing videos displaying mass crucifixions, sex slavery and executions via hacking, stoning, and burning.

From 2011, a reward of $10 million was offered for Baghdadi by the US State Department, increasing to $25 million in 2017, for information or intelligence on his whereabouts to enable capture, dead or alive. On October 26, 2019, al-Baghdadi killed himself and three children by detonating a suicide vest during the < target="_blank" href="https://en.wikipedia.org/wiki/Barisha_raid" title="Barisha raid">Barisha raid conducted by the Joint Special Operations Command's (JSOC) 1st Special Forces Operational Detachment-Delta (SFOD-D), commonly known as Delta Force, in Syria's northwestern Idlib Province, according to a statement by President Donald Trump.

The Islamic State of Iraq (ISIL), also known as the Islamic State of Iraq and Syria (ISIS), officially known as the Islamic State (IS) and also known by its Arabic-language acronym Daesh, is a terrorist group and a former unrecognized proto-state that follows the fundamentalist, Salafi jihadist doctrine of Sunni Islam. ISIL gained global prominence in early 2014 when it drove Iraqi government forces out of key cities in its Western Iraq offensive, followed by its capture of Mosul and the Sinjar massacre.

The group was labeled a terrorist organization by the United Nations, as well as by many international organizations and individual countries. ISIL is widely known for its videos of beheadings and other types of executions of both soldiers and civilians, including journalists and aid workers, as well as its destruction of cultural heritage sites. The United Nations holds ISIL responsible for committing human rights abuses, crimes against peace, genocide, war crimes, and crimes against humanity. ISIL also committed ethnic cleansing on a historic and unprecedented scale in northern Iraq.

ISIL originated as Jama'at al-Tawhid wal-Jihad in 1999, which pledged allegiance to al-Qaeda and participated in the Iraqi insurgency following the 2003 invasion of Iraq by Western forces at the behest of the United States. In June 2014, the group proclaimed itself a worldwide caliphate and began referring to itself as the Islamic State (IS). As a caliphate, it claimed religious, political, and military authority over all Muslims worldwide. Its adoption of the name Islamic State and its idea of a caliphate have been widely criticized. The UN, various governments and mainstream Muslim groups have vehemently rejected its statehood.

In Syria, the group conducted ground attacks on both government forces and opposition fractions, and by December 2015, it held a large area extending from western Iraq to eastern Syria, containing an estimated 8 to 12 million people, where it enforced its interpretation of sharia law. ISIL is believed to be operational in 18 countries across the world, including Afghanistan and Pakistan, with "aspiring branches" in Mali, Egypt, Somalia, Bangladesh, Indonesia, and the Philippines. In 2015, ISIL was estimated to have an annual budget of more than US$1 billion and a force of more than 30,000 fighters.

In mid-2014, an international coalition led by the United States intervened against ISIL in Syria and Iraq with a massive airstrike campaign, in addition to supplying advisors, weapons, training, and supplies to ISIL's enemies in the Iraqi Security Forces and Syrian Democratic Forces. This campaign reinvigorated the latter two forces and dealt a huge blow to the nascent Islamist proto-state, killing tens of thousands of ISIL troops and dealing significant damage to their financial and military infrastructure. This was soon followed by a smaller-scale Russian intervention exclusively in Syria, in which ISIL lost thousands more fighters to airstrikes and suffered substantial financial losses. In July 2017, the group lost control of its largest city, Mosul, to the Iraqi army, followed by the loss of its de facto political capital of Raqqa to the Syrian Democratic Forces. Following these major defeats, ISIL continued to lose territory, while other military forces allied against it up until November 2017, when it lost control over any meaningful territory. US military officials and simultaneous military analyses reported in December 2017 that the group retained a mere 2 percent of the territory they had previously held. On 10 December 2017, Iraq's Prime Minister, Haider al-Abadi, said that Iraqi forces had driven the last remnants of the Islamic State from the country, three years after the militant group captured about a third of Iraq's territory. By March 23, 2019, ISIL lost one of their last significant territories in the Middle East in the Deir ez-Zor campaign, surrendering their "tent city" and pockets in Al-Baghuz Fawqani to the Syrian Democratic Forces at the end of the Battle of Baghuz Fawqani.

Since June 2014, when ISIL proclaimed itself the Islamic State, according to a running count kept by CNN, it has "conducted or inspired" over 70 terrorist attacks in 20 countries, not including Syria and Iraq.

The ideology of the Islamic State, which controlled territory primarily in Iraq and Syria, has been described as being based on Salafism, Salafi Jihadism, and Wahhabism.

Important doctrines of ISIL include its belief that it represents the restoration of the caliphate of early Islam, and that all Muslims are required to pledge allegiance to it; that a "defiled" Islam must be purged of apostasy, often with bloody sectarian killings, that the final Day of Judgment by God is near and will follow the defeat of the army of "Rome" by ISIL; that a strict adherence to following the precepts "established by the Prophet Muhammad and his earliest followers" is necessary, surpassing even that of other Salafi groups.

Now the question remains, whether the death of Al-Baghdadi would pave the way for ISIS to be eliminated. As a national security analyst I am rather skeptic, because his designated successor, Abdullah Qardash, who was already in control of the operational efforts, has taken the lead. He will try to rejuvenate ISIS and regroup its activists, sympathizers and sleeping cells to take revenge. ISIS has already established its footprint in Afghanistan and is principally involved in conducting terrorist bustles in the Indian sub-continent, South and Central Asia. Despite the fact that Al-Baghdadi is deceased, ISIS is supposed to be beyond the riddance. Many believed that death of Osama Bin laden would entail the eradication of Al-Qaida, nevertheless Aiman Az-Zawahiri has taken over and Al-Qaida is regrouped and the organization currently enjoys a very good relation with the Islamic Movement of Taliban for Afghanistan and Pakistan, the East Turkestan Islamic Movement and the Islamic Movement for Uzbekistan as well as the Islamic Movement of Tajikistan. Furthermore, countless political analysts considered the death of Mullah Mohammad Omer, the so-called Amir-Ul-momenin, would lead to the fall of the Taliban Movement in Afghanistan. Regrettably, the movement has become fairly robust, controlling nearly 50% of the country. Despite the military involvement of the US, the movement is expected to develop rapidly in Afghanistan.

To conclude, hunting Al-Baghdadi is presumed to be politically motivated, meanwhile President Trump’s foreign policy has proven to be catastrophic, with an internal policy that lacks growth and a failing image.

One can presume that he tried to follow the footsteps of his predecessors in hopes of being reelected like George W Bush in the case of Saddam Hussein or Obama I the case of Osama Bin Laden.

Lastly, the dream to establish Islamic caliphate will never be relinquished by Islamic extremists. Such a reverie was dreamt by Prophet Mohammad (peace be upon him) and his disciples, followed by the Othman emperor and most recently by Recep Tayyip Erdogan to initiate neo-Othman Empire, which is unerringly identical Islamic Caliphate visualized by numerous fanatic Islamists. Time will tell if such a caliphate can be successfully established.