REUTERS/Vitaly NevarAn…
REUTERS/Vitaly Nevar
An infantry fighting vehicle is seen during military exercises, which are staged by the Baltic Fleet forces of the Russian Navy to train amphibious assault, at Khmelevka firing ground on the Baltic Sea coast in Kaliningrad Region, Russia April 4, 2019
0
1714
Add Reader

On October 24, 2019, the Russian International Affairs Council held a breakfast lecture on the topic “Arms Control: Will Russia and NATO Reach a Deal?” timed to the release of the OSCE Report “Reducing the Risks of Conventional Deterrence in Europe”. In an interview following his speech, Colonel (GS) Wolfgang Richter, one of the co-authors, discussed the art of conflict de-escalation, the changing nature of arms control and the link between threat perception and military capability.

On October 24, 2019, the Russian International Affairs Council held a breakfast lecture on the topic “Arms Control: Will Russia and NATO Reach a Deal?” timed to the release of the OSCE Report “Reducing the Risks of Conventional Deterrence in Europe”. In an interview following his speech, Colonel (GS) Wolfgang Richter, one of the co-authors, discussed the art of conflict de-escalation, the changing nature of arms control and the link between threat perception and military capability. 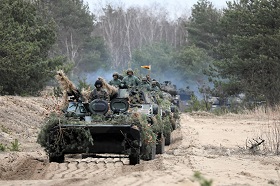 Mr Richter, please share your vision of how to avoid conflict escalation resulting from increased implementation of countermeasures

Threat perception still exists today and is of political nature. This started with the Ukrainian crisis, after which several Baltic states feared that such a scenario could be repeated on their territory. NATO took note of that perception and made efforts to reassure them with some defensive measures. Following that, Germany took initiative within the framework of the 2016 Warsaw decision to reassure wary Baltic states. It is imperative that we comply with the NATO-Russia Founding Act that prohibited the stationing of additional substantial combat forces.

During my post, while holding talks with a Russian delegation, we determined the framework of “around one brigade” being stationed. If you look at four battle groups that are stationed from Estonia down to Poland, they make up roughly one brigade. We kept this framework, which helps prevent the kind of situation in which one step could trigger countermeasures. An example would be military exercises being realised in a non-transparent manner that then trigger counter measures from the other side. Such actions can be perceived as a threat, after which both sides keep implementing additional measures and closing in on mutual borders. Then you also have reconnaissance flights above international waters and in international air space that create an atmosphere of tension and could very well lead to an unforeseen accident. In such high-risk situations, establishing whether the other side has hostile intent is critical for de-escalation.

You mentioned that one does not need to reinvent the wheel when it comes to conflict management today. How relevant are existing arms control instruments and concepts today within the context of a changing global world.

First of all, if you look at the conflicts in Ukraine or Syria, you will find that the high-tech weapons we envisioned for the future are not being used. Rather, the weapons being used are conventional, have been around for the last 30–40 years and are limited by the CFE Treaty (Treaty on Conventional Armed Forces in Europe). Nonetheless, Russia has suspended all the CFE Treaties and NATO has failed to ratify the adaptation agreement necessary because of its enlargement to the East. The Baltic states never joined the Treaty, so now we see heightened tension in the region. Therefore we need to take urgent measures. Despite that, the Treaty is still relevant for many countries. It gives us the necessary groundwork for transparency, so we can at least base our proposals on that experience. 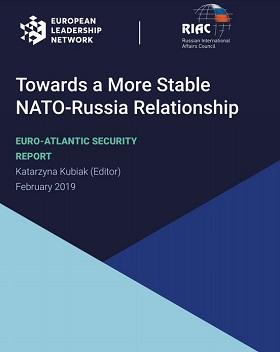 How would you define the concept of threat perception in arms control today and what de-escalation measures should be implemented?

In our report we speak about the subjectivity of threat perception. One can have a different opinion on how viable a threat is and one side might overestimate the intent and the capability of the other. But on the other hand, threat perception is largely dependent on the current political reality, so it’s imperative to take all threats into account, work with them regardless of how likely they actually are. From there, having determined that such a threat truly exists, perhaps after a large-scale exercise or after being lead to believe, for whatever reason, that a surprise-attack could be on the cards, one needs to take measures. This means providing transparency and predictability, fostering information exchange and verification in order to keep tension to a minimum.

Where do you see the line between military potential and intent?

Intent is political and it can easily change, whereas one needs years to change capabilities. Therefore if one curtails or limits their capabilities, they are inevitably demonstrating that they are not interested in an attack. Building new, large forces takes immense resources and years of work, therefore the reconstruction of armies is rarely perceived as a surprise. This was one of the most evident advantages of the CFE Treaty that significantly reduced forces. By the way, Russia reduced the most forces, with Germany following shortly after the reunification of Germany. After that other countries followed, which was great progress. It showed that if you reduce capabilities, you show your intent.

Based on discussions with experts, officials and military figures in Moscow, European capitals and NATO Headquarters, this report identifies practical steps to stabilise the Russia-NATO confrontation