What is your opinion on UK foreign policy priorities for the upcoming years?

For the obvious reasons, the most important priority is to negotiate exit from the European Union and create a base for the future relationship with our European partners. European countries are our friends and neighbors, so making sure that we have the right economic, political, social, cultural infrastructure in place to continue those relationships will be our most important priority. Beyond that, we need to look at the wider European neighborhood, because this is where many of the biggest challenges for us at the moment come from. I’m thinking about the Middle East, I’m thinking about Russia, the Balkans, North Africa. Working with our European friends and partners to jointly tackle some of the challenges coming from the wider neighborhood is going to be a big focus. And there is the third thing. The UK has always been a global power and developing our relations as broadly as possible has always been important to us. For instance, one of the points of Brexit is to look for further economic opportunities overseas. In particular, South Asia, Asia-Pacific, the enormously growing economies of India and China, are going to be a big focus for us. 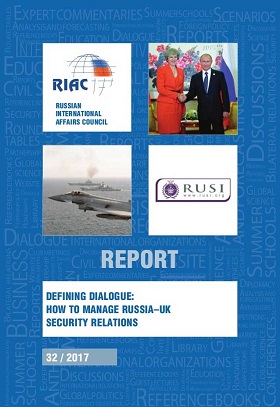 Will the transition period be required once the exit procedure is completed?

It’s two years to negotiate the exit agreement, unless everybody agrees to extend. The deadline is the end of March, 2019. One of the questions the Prime Minister has raised in her previous speeches is whether there could be a further transition period after that, but that’s not at the moment clear.

So what will be the main challenges in upcoming years? Maybe in foreign policy, maybe in domestic as well, with all the changes that are in stock now?

Well, I think there is a whole series of challenges connected with Brexit, and clearly our future trade relationship with Europe is the most important one. We want to have the best deal we can including the freest access possible to the single market. The Prime Minister has said that we will leave the single market and the Customs union. So what we have to do is negotiate a deal which gives our companies best access, and ensures that those very integrated European supply chains are not disrupted. There are going to be big implications for agriculture, which for the last forty years has been part of the common agricultural policy with a complicated system of subsidies and incentives. We now have the opportunity to think about how we are going to manage some of those sectors that have been governed by European laws and regulations. And that will be challenging to do in the time, but I think does offer opportunities.

Russia-UK relations are now going through a rough period. Still, both of our countries have enormous cultural heritage. Do you think that cooperation on a cultural base could be a good stimulus for economic cooperation in the future?

I think it’s always worth doing. And as you mentioned, there’s so much in the past that we can draw on. A great example from last year was a joint exhibition about the exploration of space, which was hugely successful. This year, actually, is the UK-Russia year of scientific cooperation. So again, I think it’s really important, particularly when things are quite difficult at the political level, to look for the people-to-people contacts, but also the subjects where the real experts, the scientists, the artists, the cultural people can get together and work together. The commercial relationship between Russia and the UK has always continued through the ups and downs of the political relationship, and certainly we’re committed to that. We have some good British companies working in Russia, we have Russian companies in the UK, and we want this tradition to continue.