The decision was made in response to allegations of corruption made against Zebari. A secret ballot was held under the direction of the Speaker of the Iraqi Parliament, Salim al-Jabouri. A total of 249 deputies were present: 158 voted in favour of Zebari’s resignation, with 77 voting against, and 14 abstaining. 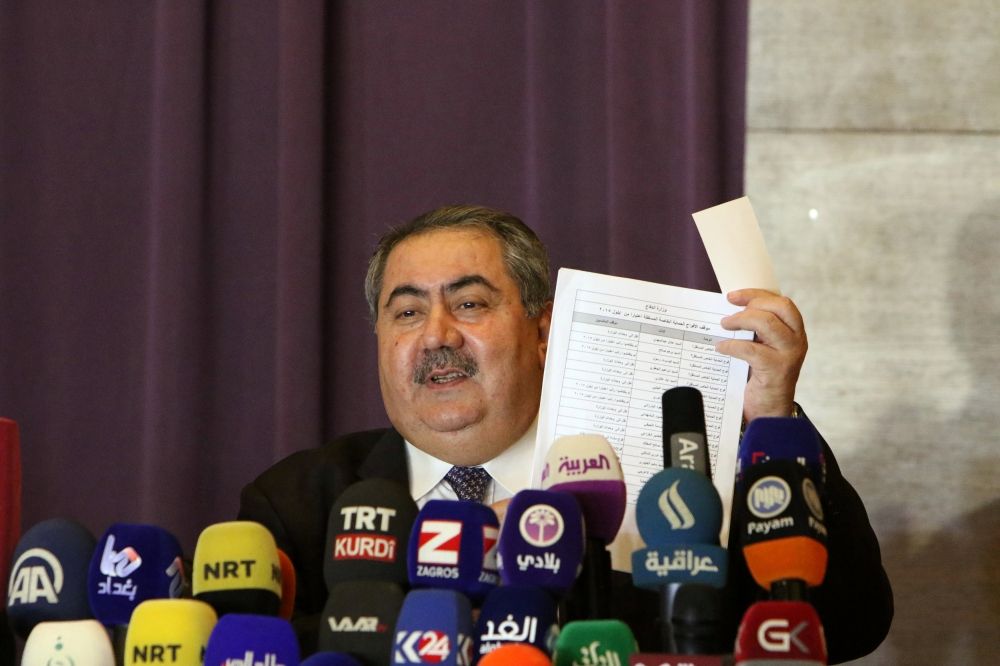 For his part, Hoshyar Zebari has accused former Prime Minister Nouri al-Maliki of orchestrating the vote of no confidence. What is more, Zebari claims that he can expose the corruption within various structures in Iraq. According to him, the decision to remove him was politically motivated, with the express goal of undermining the political process, threatening the reformist Prime Minister Haider al-Abadi and bringing the government to its knees. The removal of Zebari from his post as Minister of Finance could have a negative effect on Baghdad’s relations with Erbil, as he was Erbil’s representative in the Kurdistan Democratic Party. Individual members of the Patriotic Union of Kurdistan and the Movement for Change also voted against Zebari. This all speaks to the tension that exists within the ranks of the Iraqi Kurds.

Representatives of the Kurdistan Democratic Party came out with a statement about the political nature of the decision to remove Zebari from office, saying it was a coordinated plan. What is more, the party believes a group that is trying to “expand the jingoistic policy towards the Kurds” is behind the move. In any case, the Kurdistan Democratic Party has confirmed that it will continue to help and support Haider al-Abadi and his government.

The mechanism by which ministers are subject to votes of no confidence and subsequently removed from their posts is effectively a single process. This much is clear from the statements that have appeared in the media from representatives of the ruling State of Law Coalition, particularly members of the Reform Front shadow parliamentary group. One of the group’s representatives, the deputy Abdelilah an-Naili, said in an interview with Alsabah Aljadeed that the events were “a good indicator of the fight against corruption, as well as of democratic reform that we have started in parliament.” It is worth noting that Zebari’s last achievement as Minister of Finance before his dismissal was to secure a $3 million loan from the International Monetary Fund following talks in Amman. International bank loans are extremely important for Iraq in the context of low oil prices and the serious budget deficit in 2016–2017. It is unclear, however, exactly what the IMF wanted in return for the loan.

The power struggle continues not only in parliament, but also in the context of the ongoing military offensive in Mosul. The Iraqi government had established almost complete control over another city, namely Al-Shirqat. After Al-Khayari, the capture of Al-Shirqat is one of the preparatory stages in the general offensive on Mosul. Al-Shirqat was liberated following negotiations with local clans, which played an important role in the surrender of the city. It is not for nothing that the leader of the al-Muttahidun parliamentary Sunni coalition, Osama al-Nujaifi, proposed using the experience of liberating Al-Shirqat in the cities of Hawija and Mosul. This approach may allow the Iraqi’s to minimize Sunni losses and avoid a slaughter. This tactic of “convincing” clan leaders who are sympathetic towards Islamic State has been used with varying degrees of success in other cities, for example, in Ramadi and Fallujah. Nevertheless, it is, of course, impossible to avoid casualties altogether, and cities are often left in ruins. All the sides (including the Saudis, Americans and the international community as a whole) are particularly worried about the involvement of the recently legalized Popular Mobilization Forces, which are now subordinate to the Iraqi Army and consist mainly of Shi’ite military groups, in the liberation of Sunni cities. Until recently, these groups had been responsible for clearing territories and approaches to the Sunni settlements before being liberated, while the final stages of recapturing the areas were taken care of by Sunni militias alongside the federal police. 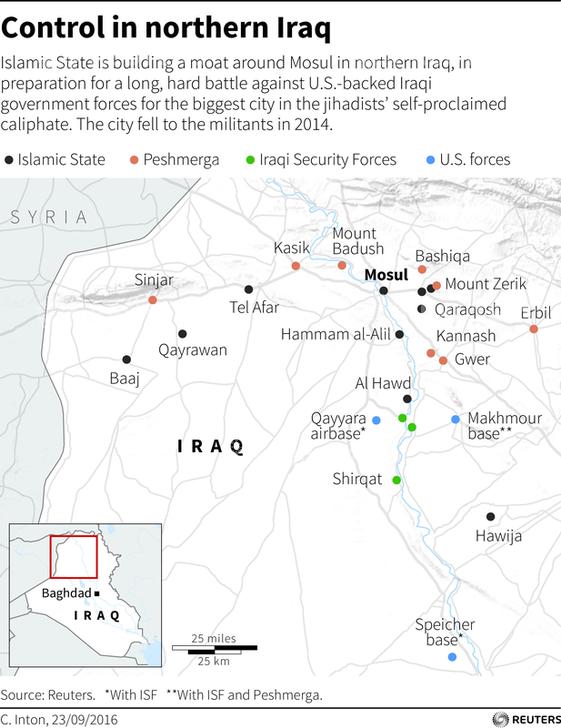 The Al-Khayari airbase is currently being prepared by the Americans. They will provide air support from here to the Iraqi security forces as they advance towards the largest city in the “Caliphate.” In turn, the Iraqi’s will continue to negotiate with the clans and tribal leaders, hoping to reach an agreement under which they will agree to surrender Mosul.

The ability to remove ministers from their posts by a simple majority vote makes the Nouri al-Maliki’s Reform Front a power that is capable of influencing the decision-making process and undermining the authority of Prime Minister Haider al-Abadi while at the same time limiting his power. Iraq, which already was without a minister of defence and a minister of interior, now is without a minister of finance as well. One would like to believe that these processes symbolize the fight against the country’s all-consuming corruption. In reality, however, a Sunni minister of defence and a Kurd minister of finance have been removed from their posts. And, right now, these decisions can be viewed only within in the context of the struggle for power.

Rate this article
Share this article
FOLLOW THE LATEST DEVELOPMENTS
Reader's choice
HideShow
The Reality Is that the Market Has Said “No” to Nuclear and "Yes” to Renewables
Russia Moves East, India West, Straining Ties
Arms Control Is to Be Maintained and Invigorated at All Costs
Aristotle and Alexander: Two Perspectives on Globalization
Non-state actors in the Middle East: towards a new typology