On the Trail of the Terrorist Attacks in Sri Lanka: How, Why and Who Organized the Attacks?

According to official data, the coordinated Easter Sunday bombings in Sri Lanka were carried out by Thowfeek Jamaath (NTJ). What is known about this organization?

They do not have a very big international presence. There are not any real presence outside Sri Lanka. This is what we call a domestic terrorist group. This is the group that pursues a local rather than a global agenda. These attacks show their willingness to engage in attacks associated with more international terrorist ideology. The nature of the victims of these attacks seems to indicate more radical fundamentalist ideology, what local authorities of Sri Lanka have not seen them been engaged in previously.

The Sri Lankan government believes that Sunday's attacks could not have been carried out without help from abroad. What kind of assistance could it be? 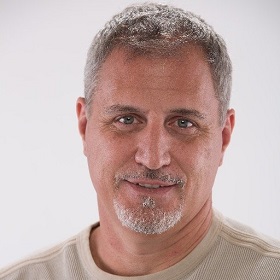 The assistance was considerable. They acquired assistance from others more experienced in carrying out this kind of attacks. The sheer number of explosive devices, their nature and explosive materials were probably outside the expertise of NTJ as they are a local military group in Sri Lanka. They did not just provide money.

Whatever the international terrorist group was behind, probably a radical Islamic fundamentalist group, they were using NTJ or helping NTJ to carry out these attacks. They probably provided them with expertise in bomb-making, expertise in surveilling the targets of their attacks, avoiding detection by local authorities. So the support was not just about money. They probably helped them travel internationally, and might have provided them with the passports.

ISIS has claimed responsibility for the attack. Generally speaking, should we believe ISIS every time it takes responsibility? Sometimes, there is no other evidence supporting their claims.

You are absolutely correct. There are times when ISIS claims responsibility for the attacks they have nothing to do with simply to keep themselves well on the international stage, simply to keep publicity for themselves. Because their influence is shrinking, the territory they control is shrinking. So they desperately need to stay well to recruit additional members and so on.

I do not think we should ever act simply on ISIS saying they were responsible or they had a role in it, provide them with fake credibility they crave and I do not think that the authorities should make the confirmation like that and let them have definitive proof that ISIS was involved. ISIS could provide definitive proof if they had. So if we say that ISIS was not about and was just lying, then let them demonstrate or provide some proof on websites or however and prove that they have something to do with that. I do not think that we should give ISIS credit or the satisfaction of claiming credit for this type of attack.

Sri Lanka is not a war zone, but we are witnessing the spread of radical Islamic ideology there. What was the breeding ground for that?

It is hard to say what the breeding ground was for this particular attack. It could be the marriage of two different ideas, in other words, the NTJ wants to strike out at the Sri Lankan government, and they want to do it in a spectacular fashion. But they do not have enough means for that, and they do not have training, financing, and expertise to do that. So in some way, they marry with this international group that says we will help you carry out this spectacular attack but we have to identify the targets, we will attack churches and other places of worship because all war is a religious war. Not meaning that Islam is at war with anything else, I am talking solely about radical Islamic fundamentalists. They might have said, well, we will help each other to bomb some churches, this will hurt the economy, hurt the government’s ability to draw tourists to the island.

When you look at the list of targets, you might see some relation, and it might give you some education on the deal that was stroke between the international terrorist group that is probably practicing the ideology of radical fundamentalism and the local group that wants to strike out at their government by negatively impacting tourism. So that is why you have hotel and resort bombings as well. And here is the situation where the choice of targets may give you education on the relationship between the people who carried out and those who were helping them to prepare these attacks.

Much is said about Sri Lanka’s failure to prevent the terror attacks as the government was warned about the threat. What are the main obstacles in intelligence sharing between different countries?

The relationship between the intelligence agency and operational agency that is responsible for arresting people and stopping these attacks must be close, and those people have to be talking all the time. Intelligence officials are simply just that, they just read the intelligence bulletin. They have to then convert their intelligence into some kind of operational response and stop bad people from doing bad things.

What is more effective: bilateral cooperation or interaction within international institutions? 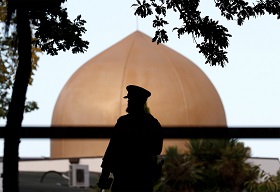 I think both have to be effective. All countries in the West are talking to each other, the UK, United States, France, Germany, Spain... All the countries in Europe talk with FBI officers or CIA officers. So there is a very close relationship, and I think that the mechanisms of interaction among the international institutions and intelligence communities are well established now.

I do not know how specifically the intelligence was delivered to Sri Lanka — whether it came simply from one other country or a collection of international intelligence entities, it is unknown to me how this information was communicated. Bilateral cooperation is just like me and you, and we are bilaterally sharing information. But now that a lot of people are traveling so easily, it is no longer boils down to one country and another to cooperate with. I think that interaction should be within international institutions; it has to be with intelligence communities coming together from all countries and talking to each other over time.

In Iraq, you were training military and police to combat terrorists. Based on your experience, what skills are the most valuable in this field?

Doing this kind of work means talking to people, developing informants, monitoring communities where they operate, and you think about how the terrorists that you are tracking are operating, what their ideology is. You have to immerse yourself in the world of those people because you will know their motivation, who is going to attack, how they are going to attack and when they are going to attack. So I think that the biggest skill is the ability to immerse yourself into the culture, politics, and the religion of the group you are monitoring and groups you are thinking will carry out attacks. This is not something that you can do one day and forget about the next day. This is something you have to immerse yourself in.

You have experience with Olympic Security. In your opinion, what mistakes in security management of mass events should be avoided?

I think the biggest mistake would be to allow considerations of event security impact your security plans. By that I mean that people who operate venues of mass events often do not think about security, they think about what is the most efficient way to move people to a stadium or other their venue, what are the best ticket offers so that people do not stand in line. All is about how to keep costs down by only employing a certain number of people that scan tickets.

A lot of considerations from the people who operate the venues get made without any consideration to security. So the biggest mistake is not including your security plans in every aspect of the event in an absolutely very beginning. You cannot put security into a cage. You have to be involved in every aspect of the planning of the event, in the organizing of the venue. Sometimes, for the sake of better security, things may be less efficient, and fans will have to wait longer into the venue. That is the price you have to pay.

If your security tells you that they have some critical reasons to make ten access points to the venue rather than five, you will have to employ more people, more screening but you will not have another Manchester when everybody was gathered in the same place. Venue operators want to employ more people to process the entry into the venue. This will make it more efficient but for security, we need more access points, we need more screening areas. So I think the biggest mistake of security management is not being built into the production plan for the event.

What scale of sacrifice will it take to make humanity finally wake up with this self-preservation instinct, presumably inherent in all living things?

Tags
Sri Lanka, Terrorism, Islamic State, NTJ, ISIS
Reader's choice
HideShow
The Road Leading Nowhere
Should Russia Be Worried by the New AUKUS Alliance?
Russia’s War on Terror(ism)
USA-Iran: Why Is the Deal Stalled?
Will There Be an End to the War in Korea?