The Labyrinths of the Middle East

On 12 September 2016 Syria declared a week-long ceasefire. Will it be the beginning of the end of more than five years of civil war? Or will this remain just a wishful thinking? Middle Eastern affairs are as usual tangled beyond imagination, like a true labyrinth. Let us consider three possible scenarios, from the most optimistic to a highly pessimistic one.

In the best case, no major incidents would occur and talks and negotiations would go on. After a transition there would be free elections and Syria would remain under a single authority – Assad or somebody else, possibly moderate Islamists. ISIS would meanwhile be defeated by Russia-US cooperation; Moscow would obtain guarantees about its naval presence in Syria, and the regional powers (Turkey, Iran, and Saudi Arabia) would set aside at least some of their grievances.

However, the above-sketched scenario is quite unlikely. Regional and local tensions are in fact too high. Saudi Arabia and Iran are clashing on many fronts – Syria, Yemen, oil prices (which are stuck in the 40-50 $ per barrel range), and of course religion. The role played by the young Deputy Crown Prince, Mohammad Al Saud, who is sometimes seen as a ‘moderniser’, is not clear. How long can Saudi Arabia maintain its generous redistribution system, when oil prices are so low? There is already evidence of unrest and tensions. As to Russia, what kind of guarantees can it receive with regard to its bases in Tartus and near Latakia? And can the world as a whole feel confident that those fundamentalists who are fighting Assad will somewhat become ‘moderate’? 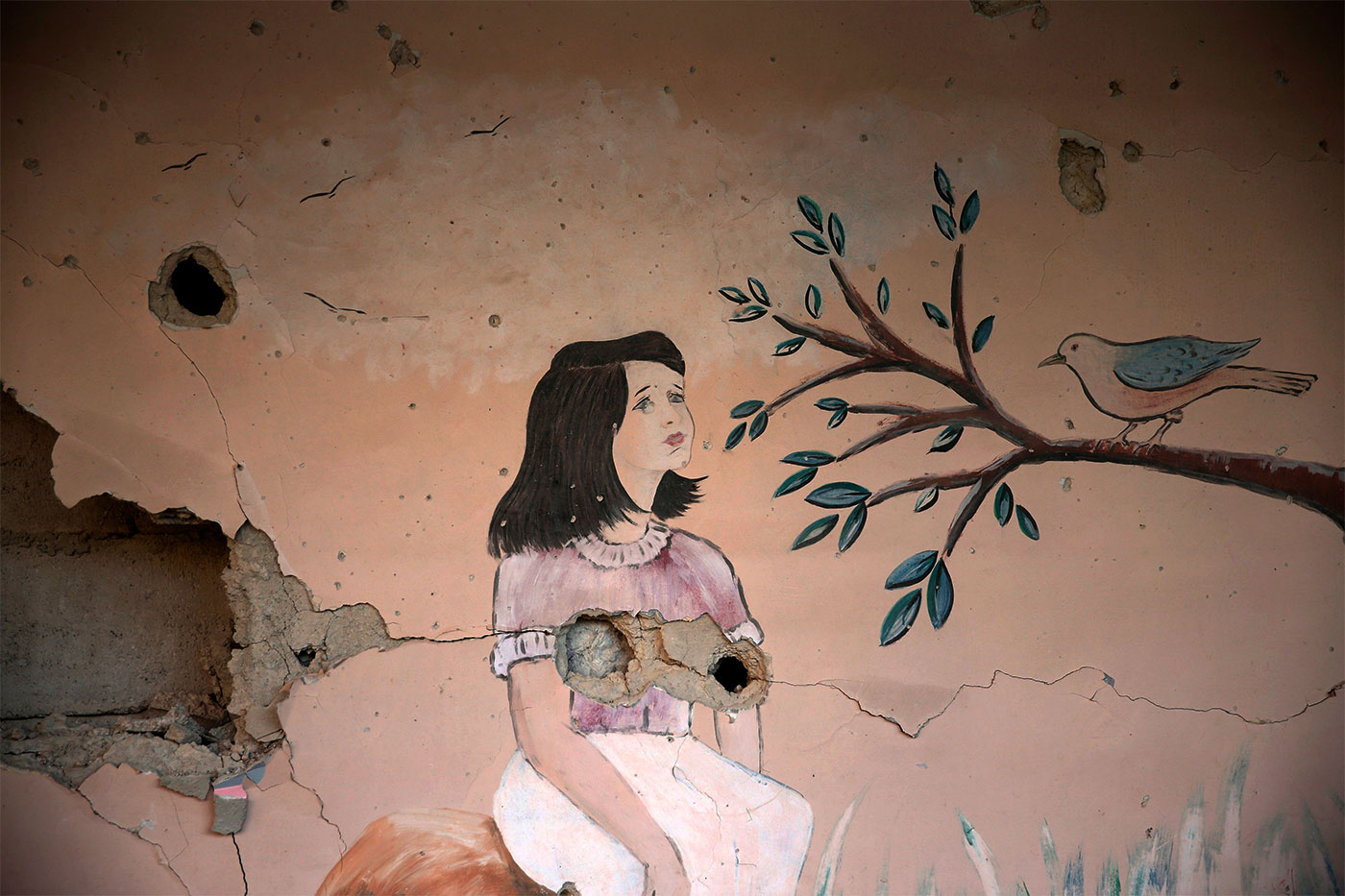 A damaged wall of a school is pictured in Ain Tarma, eastern Damascus suburb of Ghouta, Syria September 17, 2016

Perhaps a federal solution would be Syria’s ideal option. It could unite an Alawite state (maybe still ruled by Assad), a moderate Sunni polity, and a Kurdish unit in the North. Northern Syria is already a de facto autonomous region, usually known as Rojava, democratically and federally organised, and mostly populated by Kurds. Keeping together Syria’s extreme diversity, however, won’t be an easy task. Syria has a substantial Christian population (up to 2 million), several minority languages (Aramaic, Armenian, Turkmen), and deep political divisions, ranging from Öcalan’s PKK/KPK (Kurdish Workers’ Party) to Islamic radicalism. How could such different groups co-operate after half a decade of war? Without strong international agreement and peace enforcement, federalism might become a premise to full partition. A federal Syria would be a highly valuable choice, but probably lead to further instability. Let us then not forget that all of Syria’s neighbours, Lebanon, Israel, the Palestine Authority, Jordan, and especially Iraq, have tremendous internal and external problems, and spillover can easily take place.

Unfortunately, a third and pessimistic scenario looms on the horizon, that of partition (which has also been mentioned by John Kerry). The mostly Kurdish North (or Rojava) could become independent and perhaps join Iraq’s Kurdistan, which is already de facto autonomous. A sovereign Kurdish state has long been an aim of millions of Kurds and would please the USA, which has always looked with favour (and interest) the possibility to create an oil-rich country based in Northern Iraq. But what would happen to deeply entroubled Iraq then? And how would Turkey react? Turkish forces have already intervened in Syria’s North, ostensibly with the aim of fighting terrorism, but with all likelihood also with the intention of curbing any Kurdish secessionism. As regards Assad, he could remain the leader of a small Alawite state, politically close to Russia and Iran and based in the coastal region, where Russian bases are located. Yet a ‘sectarian’ state would be rather diminutive for a leader, who has always promoted secularism, and is still in control of a much larger part of the country. The latter’s remaining part could be controlled by the Syrian opposition forces, which also include moderate and less moderate Islamists. But what kind of ‘moderate’ forces would they be? Let us not forget what happened in Libya and Egypt, where ‘moderate’ Islamists have proved unable to maintain power. Let us not forget that Wahhabism is there and terrorism itself won’t be eradicated until a full-scale plan for the Middle East is proposed and endorsed by the international community. ISIS is then still in its place, despite some recent losses.

A partition could be in the cards if tensions on the ground persist and the military stalemate as well. Unfortunately, it remains a dangerous scenario. It could be replicated in Libya. Other radical, ethnic, or religious minorities could claim their states in other regions; even Central Asia could not be immune. Restive Baluchistan could claim independence from Pakistan and Iran, not to mention Xinjiang in Western China. Touching ‘hard’ borders is always risky, especially when it is rushed off, there is little consensus, and a lot of open wounds. Changing borders in one region can lead to changes elsewhere, and breaking the chain will then be difficult. Middle Eastern borders are to some degree still the legacy of the Sykes-Picot Agreements of 1916, which were intended to serve the former colonial powers, and have hardly functioned ever.

Once more we have to criticise the EU, which is struggling to redefine its own ‘internal’ and ‘soft’ borders. Britain is ‘softly’ leaving Bruxelles, other countries might follow and a strong external involvement (for instance, promoting a peace plan for the Middle East), which could also re-inforce a European identity, is completely missing.

Rate this article
Share this article
FOLLOW THE LATEST DEVELOPMENTS
Reader's choice
HideShow
Russia and the EU in Syria: Need for New Approaches?
U.S.-Russia Relations at a Crossroads
Joe Biden vs. Henry Kissinger
Focusing on the Bigger Picture
Political Transformations in Iran: How to Keep up with the Times