Will There Be an Alliance against the Islamic State?

Senior Analyst of the Centre for Crisis Society Studies, Expert of the Middle East Institute, RIAC

The meeting of Australian Foreign Minister Julie Bishop with Iranian President Hassan Rouhani held on April 20, 2015, during which they agreed to share intelligence information, testifies to the enhanced efforts of the international community in the fight against the Islamic State (IS).

The meeting of Australian Foreign Minister Julie Bishop with Iranian President Hassan Rouhani held on April 20, 2015, during which they agreed to share intelligence information, testifies to the enhanced efforts of the international community in the fight against the Islamic State (IS).

Iran has been actively involved in this struggle since mid-2014: the Islamic Revolutionary Guard Corps (IRGC) is fighting against militants of Abu Bakr al-Baghdadi in Syria and Iraq. Thanks to the IRGC’s assistance, Iraqi Shiites and Kurds have managed to stabilize the situation after the deep incursion made the ISIS Mujahideen in the summer of 2014.

In turn, Australia has been involved in air raids on the jihadists’ positions. Incidentally, the country’s special services have a strong agent network in Southeast Asia and can help significantly in countering the Islamic State in the region.

However, attempts to really unite the international community in the fight against the Islamic State have not been sufficiently successful. Less than a third of the countries in the world (60) have joined the coalition created to this end. Moreover, only few of them are involved in a full-fledged fight. 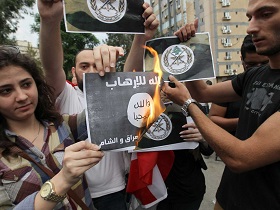 www.independent.co.uk
Aleksey Sarabiev:
Lebanon in the Crosshairs of Jihadism

It should be recalled that the United States played the role of the coalition’s “moderator” and sent its Air Force to conduct airstrikes against ISIS positions. The US was joined by its Western allies, including Britain, Canada, the Netherlands, France and others.

However, these countries make up only a small part of the western world. Others prefer to take a less active position with regards to this fight, confining their efforts, for example, to supplying weapons and sending instructors to Kurdish militants, as Germany does, having refused to send its armed forces to the region. This situation demonstrates vividly enough the lack of unity among the opponents of al-Baghdadi’s ideas.

A similar situation exists in the Arab-Muslim world. The Air Force of the Arab monarchic block (Bahrain, Jordan, Qatar, Morocco, UAE, Saudi Arabia) took part in the air strikes on the territories controlled by ISIS and conducted the necessary coordination with the Iraqi and Syrian authorities through US channels. Egypt is participating as well in limited military operations against ISIS in Libya and on the Sinai Peninsula.

At the same time, Turkey, which has previously come under attack of ISIS militants, declined the offer of the United States to participate actively in the struggle against jihadism. 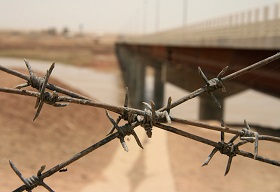 Some Arab countries followed suit. Algeria took the most intractable position and turned down the French proposal of intervening together with Egypt in Libya, where ISIS militants have intensified their activities. The Algerian authorities flatly refused “to enter the Libyan swamp.”

However, about a month ago, Algeria together with South Africa began to render covert assistance to its ally Nigeria in the latter’s fight against Boko Haram, which had pledged formal allegiance to ISIS. This assistance played an important role in the recent successful operations on the “Nigerian front.”

However, the observed worsening of the situation (ISIS continues to “metastasize” in the form of regional “branches”) necessitates an intensification of the fight against the jihadist challenge. Thus, the April raid in Kenya of the Somali militant group Al-Shabaab has clearly demonstrated the vulnerability of the United States’ allies in Africa.

In addition, Al-Shabaab’s capacity-building and its relations with some countries in the region, including Somaliland and Eritrea, pose a danger of ISIS’ gaining access to transportation routes for energy resources from the Persian Gulf. This threat is reinforced by the fact that Al-Qaeda of the Arabian Peninsula (AQAP) crossed over to al-Baghdadi in February. 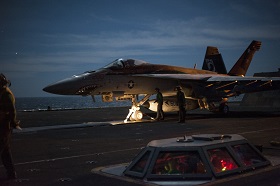 Furthermore, the international community runs the risk of facing challenges in other regions. The intensification of ISIS activity in Afghanistan in January necessitates enhancing joint action against the Islamic State not only with the countries of Central Asia (e.g. Turkmenistan, which requested military assistance from the US), but even with such odious structures as Taliban, with whom Washington is carrying out consultations as well.

Finally, reports of a possible allegiance of the Caucasus Emirate to ISIS substantiate the threats of al-Baghdadi’s fellow-fighters against Azerbaijan and Russia, which have so far refrained from participation in this fight.

At the same time, one of the major challenges for the international coalition is the apparent reluctance of China to openly join the fight against ISIS, which allows the former to count on a possible dialogue with al-Baghdadi in the future.

The position of a significant number of countries that refrain from fighting the Islamic State for fear of being dragged into risky projects with the United States only predetermines a further strengthening of the jihadist challenge.