The U.S. and the Asia-Pacific Region, Russia and China: What Does the Future Hold for Us?

ReutersObama hangs a…
Reuters
Obama hangs a wooden prayer tablet, next to
chief priest Seitaro Nakajima during a visit
to Japan
0
3659
Add Reader

President Obama has completed his Asian tour and President Putin has visited China. What conclusions can be drawn from the results of these events?

What are the results of U.S. President Obama’s Asian tour? 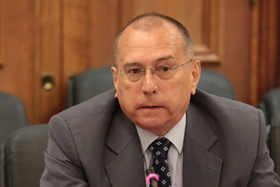 Barak Obama’s Asia-Pacific tour took in four countries (Japan, South Korea, Malaysia and the Philippines) and was an all-round failure in spite of all the publicity both in terms of international security and due to the international weight of the United States. The visit looked like a throwback to the U.S. policy of the 1950s, the Cold War and the creation of military alliances. No new ideas were proposed and the atmosphere merely became more tense and prone to conflict. The United States reaffirmed its military-political alliance with Japan. However, Japan has territorial disputes with China, the two Koreas and Russia. Thus the United States is encouraging Japan to renounce its flexible position on these issues. As regards South Korea, the question suggests itself: what is the rationale behind the American–South Korean military alliance? To contain North Korea’s nuclear missile programmes and prevent an attack on South Korea? But why did North Korea launch its nuclear programme in the first place? Because of the presence of the U.S. troops in South Korea. But for the presence of the American troops there would have been no nuclear programme. The very fact that American troops are present in South Korea creates tensions. Initially, it was spearheaded not only against North Korea, but also against the USSR. More recently, China has been added to the list of targets. The Philippines also pursues a policy of confrontation with China. Last week, China Daily published a tell-tale cartoon depicting a huge Chinese bear flanked by an American lion looking away from the bear, with a tiny jackal marked Philippines dancing in front of them. It illustrates the Chinese reaction to such behaviour. 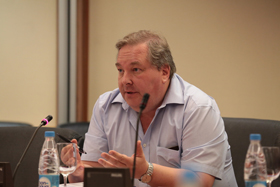 Opinions regarding this tour are divided. Some experts think the visit was a success inasmuch as it demonstrated to the countries of Eastern and Southeast Asia that America is not renouncing its allied obligations and backs the policy of containing China. Moreover, the Americans are bringing back and expanding military cooperation with the Philippines, which they had to abandon in 1992. Other experts believe that the visit demonstrated America’s weakness, because Obama talked about close cooperation and assistance on rather uncertain terms. This shows that in general the United States does not care much if the situation in the region worsens. So, the visit had a dual character.

Obama’s visit evoked mixed feelings in the region because the President only visited allies of the United States and only discussed ways to strengthen these alliances. The allied axis was built after the Second World War when the Cold War had already started, so it was based on confrontation and divisions. 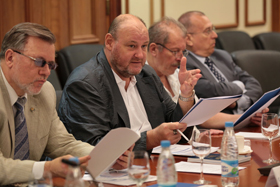 For many years now, the situation in the Asia-Pacific region has been different in spite of the existing contradictions and the United States has declared that it is returning to Asia. Statements to that effect were made by Barak Obama and Hillary Clinton back in 2009. But it turns out that the Americans are returning to the region in a somewhat old-fashioned way, using the toolkit of the Cold War. This raises eyebrows. Russia and China are discussing a fundamentally new model of regional security, which makes the Russian President’s visit different from that of his American counterpart. Back in 2010, Russia and China agreed to work together to create a basically new regional security system. It is based on three simple principles: first, common and indivisible security – you cannot ensure your own security at the expense of the security of others; second, strict adherence to collective security; and third, it should be an inclusive security allowing for horizontal network links that take into account the existing mechanisms of regional and sub-regional security of south-eastern or north-eastern Asian countries. Thus, Russia and China are offering the region and the world something new and positive, which amounts to a more credible response to North American diplomacy. We should wait to hear what Chairman Xi Jinping says, but in principle he and his Russian counterpart share these three basic principles of a future regional security system. It is also important to bear in mind that the Chinese leadership has repeatedly stressed the key importance of economic security. Other important principles Russia and China share are the use of peaceful means to resolve disputes and conflicts, the renunciation of military methods and the reliance on soft power in economic diplomacy. This is what Russia and China are proposing to the region and the world. I see this as the positive aspect of Russian–Chinese cooperation in this sphere. 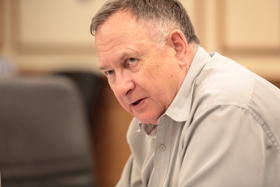 You get the impression that Barak Obama has decided, somewhat belatedly, to personally reaffirm the idea of shifting the focus of the US Administration’s efforts to Asia, an idea put forward in early 2009 and later elaborated in an article by former Secretary of State Hillary Clinton. Obama has demonstrated that the United States sets great stock in its alliances in Asia. He is well aware that this would irritate China immensely. Nevertheless, he stated for the first time that the United States has obligations to protect the Senkaku (Diaoyu) Islands, to which both Japan and China lay claims. He reanimated the alliance with the Philippines and reaffirmed the alliance with the Republic of Korea. The visit sought to strengthen diverse links in the region. Of late, some experts have stressed that a major strength of the United States has always been the ability to capitalise on its ties. What’s more, I came across the following idea in an article by a young Swedish scholar: in the context of the world economic crisis and shrinking defence spending, many believed the United States would lose its leading positions. But it did not happen. The United States remains the strongest power in the world, which means that its power is not material, but is based on alliances. A huge number of naval bases link the Atlantic states, including those in European, via NATO and other forms of alliances. In that respect, Barak Obama’s visit is in line with the overall tendency of a political and economic pivot towards Asia, and the strengthening of alliances. The United States is not renouncing its long-term strategic goals, including the containment of China.

What is your opinion of the Russian President’s visit to China?

The visit must have global implications. The West has put the entire system of international security into question and the interaction between Russia and China is called upon to counteract the Western domination in the world. In general, I think it will be very important.

You should not underestimate the importance of the visit in the face of toughening sanctions. It is important to demonstrate that Russia can develop cooperation with the East. So far, turning east and trading profitably with the Asia-Pacific countries was seen just as a latent option. Its $400 billion trade with the European Union made it impossible for Russia to use its full potential in the East. Europe is Russia’s main trading partner. Now there is an incentive to expand the areas and volume of cooperation with the Asia-Pacific countries. For example, Malaysia has already announced plans to increase investments in Russia. And, of course, there are the mega-projects that our Chinese partners are ready to support financially, ranging from the Moscow metro to the bridge across the Amur River. The building of a railway across Chukotka to America is being discussed. From my perspective, this area is even more promising than cooperation with Europe in terms of the scale of the economies, the ideas, rate of growth and amounts of capital. There are prospects for expanded global trade and international economic relations because the Asian countries are growing rapidly and changing fast. There may be more in it for Russia than there is in maintaining traditional links with its European partners. The situation in Ukraine will of course be resolved and sanctions will be phased out, as Russia’s Prime Minister Dmitry Medvedev has said. However, the mistake of the Europeans and the Americans may be that they may give a boost to the Eastern vector. In the future, the Asian vector may come to prevail over all the rest. The structure of trade between Russia and Europe is very simple: commodities in exchange for technologies. The opportunities for joint production with Asia-Pacific countries are much greater. For example, the building of a liquefied natural gas plant that would supply Russian gas to Vietnam and other Southeast Asian countries. Interestingly, Vietnam invests three times more in Russia than Russia invests in Vietnam.

For Russia, this holds out the promise of new markets, new forms of investments and capital, and a chance to increase its population. Russia for its part has plenty to offer: oil, gas, coal, timber, etc. These commodities will always remain relevant.