The “Russian Card” in the International Game

In recent years, Russia has unfailingly found itself the focus of the international community’s attention: Russia makes newspaper headlines, appears in TV reports and is the topic of heated public debates throughout the world. It would seem that such popularity is reason to rejoice. However, this attention is becoming rather unhealthy: various political forces actively use the “Russian card” to achieve their domestic and foreign political goals, which are sometimes rather self-serving.

Russia needs to be clearly aware of the fact that they are indeed sharps, unconscionable and mostly unprincipled politicians attempting to make their play using the current political situation. These politicians are ready to paint themselves as either the enemies or best friends of Moscow; they can proclaim right-wing or left-wing slogans, appeal to the future or capitalize on the past. In any case, for them, Russia is nothing more than a convenient instrument for manipulating public sentiments at home or a lever to exert pressure on other global political actors.

In recent years, Russia has unfailingly found itself the focus of the international community’s attention: Russia makes newspaper headlines, appears in TV reports and is the topic of heated public debates throughout the world. It would seem that such popularity is reason to rejoice. However, this attention is becoming rather unhealthy: various political forces actively use the “Russian card” to achieve their domestic and foreign political goals, which are sometimes rather self-serving.

While doing so, they sacrifice the interests of Russia and the interests of international stability and truth, and even neglect basic logic and common sense. Let us list but a few recent examples. 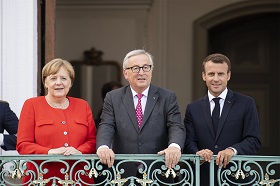 Andrey Kortunov:
What Kind of Europe Does Russia Need?

In Washington, amidst almost completely suspended Russia–U.S. relations, Republicans and Democrats routinely use the “Russian card” as an instrument in their power struggle. The parties are so taken with introducing various acts and bills and making other decisions intended to hurt the Russian leadership as much as possible that they are becoming oblivious to the interests of their own country, including its immediate security concerns.

In Kiev, the “Russian card” is nearly the principal trump card for national self-assertion, the key argument justifying the inability of the current Ukrainian leaders to make any kind of progress in resolving pressing socioeconomic problems. Therefore, it is vital for Kiev that the high level of tensions in their relations with Moscow is maintained. And we see over and over again that when it comes to achieving this goal, anything goes.

London, still haunted by the ghost of its former power, attempts to find a new place for Britain in the changing global power configuration. Who would be a good opponent for London? Brexit did major damage to Britain’s relations with many European countries. Placing itself in the lead of an anti-Russian coalition and calling upon partners to show solidarity with the “victim of Russian meddling,” London can divert attention away from the painful and thus far not entirely successful “divorce from Europe.”

In many European countries, populist parties actively use the “Russian card,” profiteering, in particular, from the costs of the anti-Russian sanctions to their countries. At the same time, however, they do not offer a well-thought-out, long-term vision of the development of their countries’ relations with Russia. If they do come to power, they become less interested in the matter or use it as a trump card in their bargaining with Brussels on other issues that are of greater importance for them.

In Ankara, the “Russian card” emerges from the sleeve each time Turkey has a problem with the United States and its other NATO allies. A possible strategic partnership with Moscow is put forward as a possible alternative to Turkey’s Atlantic orientation. However, there are no reasons to expect Ankara to make a strategic turn towards Moscow right now.

The list of countries and political forces that include the “Russian card” in their diplomatic arsenal can go on and, unfortunately, it is becoming longer. And the “Russian card” is being played not only along the Russian borders, but even in more faraway regions.

Why is the “Russian card” so popular today? We should bear in mind the fact that, in the coming years and maybe even decades, the shaping of a new stable world order will be incomplete, and international relations will be in a state of permanent turbulence. Such a state is fertile ground for politicians who are ready to use any means to achieve profits here and now.

The foreign policy of the current U.S. administration is the starkest example of this state of affairs. Violating international law and treaties, imposing unilateral sanctions, introducing protectionist measures and intervening in the domestic affairs of other countries has just about become the norm of U.S. international conduct. If playing the “Russian card” becomes a norm, too, it will do progressively greater damage to Russia’s standing in the international community and will limit Russia’s options in conducting an active foreign policy.

What about Russia? What should our response to the various games played by political card sharps be?

First, Russia needs to be clearly aware of the fact that they are indeed sharps, unconscionable and mostly unprincipled politicians attempting to make their play using the current political situation. These politicians are ready to paint themselves as either the enemies or best friends of Moscow; they can proclaim right-wing or left-wing slogans, appeal to the future or capitalize on the past. In any case, for them, Russia is nothing more than a convenient instrument for manipulating public sentiments at home or a lever to exert pressure on other global political actors. Therefore, it would be a big mistake to bet on those powers and count on long-term strategic collaboration with them.

Second, the best way to knock the “Russian card” out of the hands of political profiteers is to implement a well-balanced, long-term and consistent strategy of Russia’s relations with a specific state or groups of states. The most instructive case is Russia–China relations. There have been and there will be many attempts to sow doubts or mutual suspicions, to resurrect old grievances and contradictions, but they all come to naught because of a solid edifice of bilateral relations that has been consistently constructed in recent years and which possesses clearly defined strategic benchmarks.

As far as Russia’s relations with the European Union are concerned, attempts to force political manipulators to cease and desist have thus far been unsuccessful. In the early 2000s, Russia and Europe built their relations with the common goal of achieving strategic partnership. Over the course of several years, the parties created a solid legal framework for their relations, increased their trade turnover, reached a new level of mutually beneficial cooperation and expanded educational, academic and public contacts. As these positive trends shrank and the clear benchmarks in Russia–EU relations were lost, the temptation to exploit the topic of Russia began to rear its head. It is a known fact that fishing in troubled waters is a favourite pursuit of many, and this is what we are seeing today in various European countries. 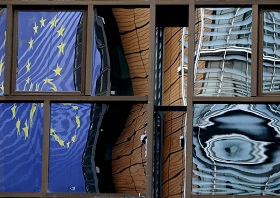 The only way to pull the rug from under the feet of these political profiteers is to develop a constructive dialogue between Moscow and Brussels, define clear and unequivocally exactly what Russia’s interests in Europe are, and abandon unconditionally all attempts to achieve tactical victories by playing on the contradictions between individual EU member countries. Such a principled approach is applicable in other areas of Russia’s foreign policy as well.

Third, we see that all kinds of provocations are one of the main instruments used by those who attempt to play the “Russian card.” These provocations include unilateral sanctions and illegal actions against Russian citizens, Russian businesses, and Russia’s property, spreading false information, etc. The intent here is simple: to draw Russia into a fruitless discussion and an endless “exchange of blows,” forcing it to divert significant political and material resources from resolving truly important problems in the country’s internal development and promoting Russia’s interests on the international arena.

How should Russia react to these provocations? We should remember here that a provocation is only successful when people take the bait. Once again, we could look at China here, whose resolve is also tested on a regular basis. In every instance, China does not react in an emotional manner; rather, its responses are always weighed and thought out thoroughly. In some cases, China will retaliate in kind (as with the United States unilaterally increasing tariffs). In other cases, when such a response is justified, China offers a token display of power. Sometimes, Beijing pretends not to pay any attention to the attacks, but the response may be forthcoming at an opportune moment.

Fourth, much in counteracting anti-Russian attacks depends on the reactions to those attacks in the Russian media. Sometimes, one gets the impression that certain printed media and TV channels are waiting for such provocations to engage in lengthy and aggressive discussions on the subject, provoke an international scandal and to call upon the Russian leadership to respond in the harshest possible manner. Such behaviour, on the one hand, instils the false impression in the public consciousness that Russia is surrounded by enemies and needs to brace itself for the worst and, on the other, it objectively prompts the authorities to take sometimes emotional and hasty actions. Of course, a response is necessary. However, this response should not consist of screaming wildly. It should instead consist of dignified and convincing arguments based on Russia’s long-term interests. Haste in such matters is inappropriate at the very least.

Of course, there are no universal recipes that work in every situation. Every day, we are greeted by a new surprise. But it is important to be guided in every specific case by the key principle: nothing must be done today that could create even greater problems for Russia tomorrow. And let those who love using the “Russian card” passionately build their political houses of cards. Historical experience shows that those houses are unlikely to last.

What Kind of Europe Does Russia Need?

Arguments For and Against a Strong Europe