The Resolution of the Cyprus Conflict: A Catalyst for East Mediterranean Security and Cooperation

RIEAS Senior advisor based in Athens, Greece and Associate at the Centre for Strategic Studies, University of Jordan

Director of the Research Institute for European and American Studies based in Athens, Greece

The resolution of the Cyprus conflict poses a major challenge given that it is at core not only of solving regional disputes but most importantly of western security strategies. These strategies are outlined in the post-Arab spring era in light of the Syrian conflict, the collapse of Turkey’s foreign policy of “zero-problems-with neighbours”, and the emergence of radical organisations like ISIS that have become powerful in the East Mediterranean.

The East Mediterranean is on the frontlines of a struggle for peace and economic development where Cyprus holds a central position of geographical and functional importance in terms of security, including energy security. The role of Cyprus in regional security as a host of military operations, including Afghanistan and Kuwait, and as the holder of the British sovereign bases have turned it into an indispensable partner of the West. The island has large expatriate populations from mainland Greece, Russia and the UK, maintains vital economic interests in the wider Middle East, but remains partially occupied by Turkey which has dispatched thousands of soldiers for the protection of an increasing expatriate population of Turkish nationals on the northern part of the island.

The resolution of the Cyprus conflict poses a major challenge given that it is at core not only of solving regional disputes but most importantly of western security strategies. These strategies are outlined in the post-Arab spring era in light of the Syrian conflict, the collapse of Turkey’s foreign policy of “zero-problems-with neighbours”, and the emergence of radical organisations like ISIS that have become powerful in the East Mediterranean. It is in this context that an unprecedented engagement with the Cyprus issue is witnessed throughout 2014 and includes the first time visit in 52 years of an incumbent American vice-president as well as other EU and US high-level visits.

The game changer in resolving the conflict is that Cyprus has the potential to serve as a major energy supplier for Europe and Asia as well as can set the pattern for resolving the Palestinian-Israeli dispute which climaxed this summer with the Gaza war.

The gas proven discoveries in Cyprus Exclusive Economic Zone (EEZ) can definitely contribute to the reduction of the island’s dependence on foreign energy and create prospects for economic advantages given that natural gas is the major source of direct income to the state treasury due to royalties and taxes paid by gas suppliers. International companies like Noble Energy, ENI and KOGAS hold prospecting concessions on offshore blocks 12, 2, 3 and 9 of the Cyprus EEZ. Besides, major oilfield services companies like Halliburton and Schlumberger have based operations for the East Mediterranean in Cyprus, thus providing a vote of confidence regarding the island’s regional energy standing.

Cyprus, however, faces challenges concerning monetizing natural gas resources that are associated with regional export options, such as the pipeline project that would connect regional fields with the Turkish coast. This export option presupposes the resolution of the Cyprus conflict since any pipeline would have to cross Cyprus’s EEZ. Even in the absence of resolution on the Cyprus long-standing conflict, without the existence of mutually agreed maritime boundaries, any possibility of regional development of offshore energy resources becomes difficult. This reality coupled with Turkey’s attempt to capitalize on its conventional military superiority to force energy issues by military action, along with its adoption of a controversial policy when it comes to the delimitation of maritime boundaries, have motivated the search of a breakthrough in the strategic impasse over the island still divided between the Greek-Cypriot and Turkish-Cypriot communities.

Note that Ankara’s energy policies are affected by the situation in the Aegean, where Turkish-Greek negotiations on maritime border demarcation based on the median line principle would deprive it of access to extensive continental shelf rights throughout the Eastern Mediterranean. It is for this reason that Turkey prefers the principle of equity when it comes to the East Mediterranean delimitation of maritime boundaries, but has adopted the principle of median line in the Black Sea.

When it comes to geopolitical reasons for supporting the Cyprus conflict solution which could also serve as the basis for an Israeli-Palestinian settlement, the most relevant are as follows:

First, a Cyprus partition is not deemed beneficial for either country in the region. The 1947 Indo-Pakistani partition is a good example. Though accepted by both sides, it was accompanied by an arms race that has ultimately turned into a nuclear rivalry. Having this model in mind, it is not difficult to understand that the ongoing arms race in Cyprus would guarantee further instability in the wider region. 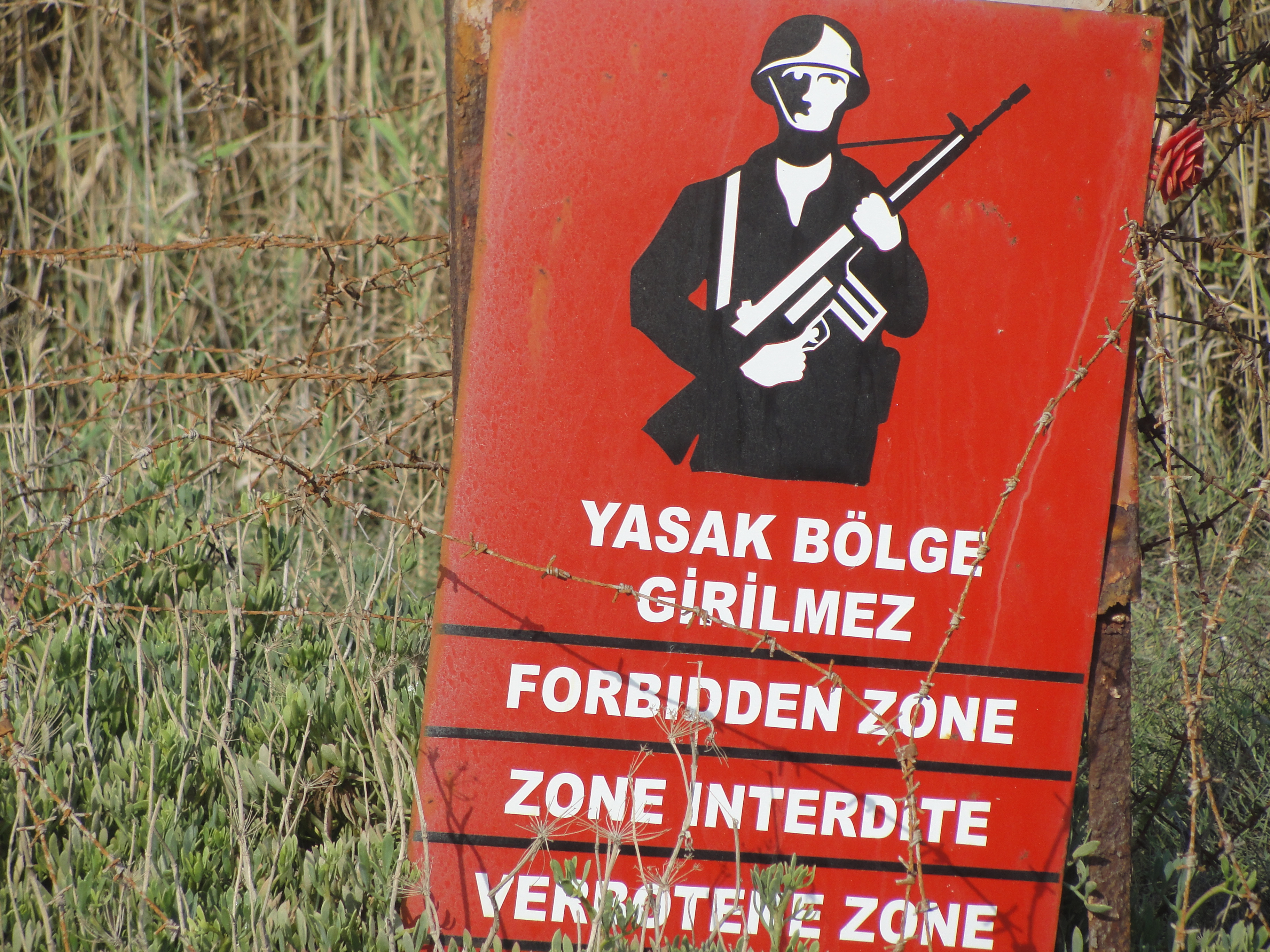 Another major concern is the possibility of the emergence of fundamental Islamic tides in Northern Cyprus. In case of partition, radicalization of Islamic elements in Northern Cyprus as a result of economic or political unrest is a possible development that runs contrary to the regional security.

Additionally, the possibility of the permanent division of the Cypriot capital will constitute a detrimental development for Israel and the Palestinians, as the current status in Nicosia is similar to the pre-1967 partition of Jerusalem. The Cyprus partition would constitute a bad precedent for the Israeli and Palestinian claims over an undivided Jerusalem, which is one of the major issues to be tackled in any final Arab–Israeli peace agreement. On the contrary, a federal solution would unite Nicosia and could strengthen Israel's and the Palestinians' case for a similar preferred position on the final status of Jerusalem.

Though in a different context, a shared rule arrangement in Cyprus could also be the model for a broader regional structure between Israel and its closest neighbours, namely the Palestinians and Jordan.

Obviously, intensified Western diplomacy that is directed towards resolving the Cyprus issue for an agreement on the political future of the island, will undoubtedly have positive spill-over effects on strategies that can bring the benefits of security and economic gains in the East Mediterranean. With no doubt, time is of essence…

Rate this article
Share this article
FOLLOW THE LATEST DEVELOPMENTS
Tags
International Security, Turkey, Cyprus, Greece
Reader's choice
HideShow
South Korean Arms for Canada and Poland: NATO’s Reserve Arsenal for Ukraine?
The Distributed World
Karabakh in Crisis: Toward a New Road of Life
Does Syria’s Road Back to the Arab Family Go Through the UAE?
Unprecedented Sanctions? By No Means