The ongoing offensive against ISIS in Iraq and Syria, as well as the neutralisation of jihadist leaders such as Abu Muhammad al-Adnani or Abu Omar al-Shishani in the Arab-Muslim world, beg the question of post-ISIS and future jihadist threats in the world. The following points provide some prognosis in this context.

The ongoing offensive against ISIS in Iraq and Syria, as well as the neutralisation of jihadist leaders such as Abu Muhammad al-Adnani or Abu Omar al-Shishani in the Arab-Muslim world, beg the question of post-ISIS and future jihadist threats in the world. The following points provide some prognosis in this context.

Strategic withdrawal of ISIS insurgents from cities like Mosul or ar-Raqqah concerns relocation to backwoods, less populated regions or deserts, and mountains in order to avoid direct fights with governmental forces and Western allies. However, the withdrawal enables them to conduct terrorist activities and create political and social unrest in the country.  A similar situation could be observed after the defeat of jihadist groups in Sahel, Maghreb, or Yemen where insurgents have left cities and populated territories in order to conduct guerrilla warfare in the wild.

2.     Reinforcement of local jihadist branches in the world.

Current failures in Syria and Iraq encourage ISIS fighters to strengthen local branches in the Middle East and Africa, especially in countries like Egypt (Sinai), Sahel, Libya, Yemen, and Maghreb. This strategy enables them to divert attention from the battlefield in Iraq and Syria. However, the last failures in Sirte and the withdrawal of jihadists from Libyan territories show a diminution of this strategy. 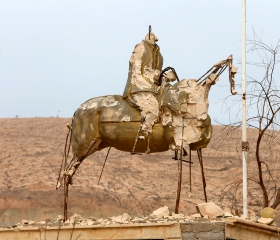 The defeat of ISIS and the conquest of Sunni territories in Iraq and Syria by Shia forces has affected local Sunni populations, authorities or representatives. Shia domination in the region will increase sectarian conflicts between rival religious communities, as happened before the establishment of Iraqi jihadist groups, which took advantage of the situation after the collapse of the Sunni government represented by Saddam Hussein.

4.     Return of former ISIS fighters to their own countries.

This concerns former militants trained in jihadist camps in the Middle East or those who participated on the battlefields of Syria and Iraq.  The return of jihadists is evidenced in the cases of Abdelhamid Abaaoud, who was responsible for a series of bombings in Paris in 2015 and Najim Laachraoui, a member of the group responsible for the attacks in the airport and the metro station in Brussels in March 2016. They were both trained in ISIS camps and participated in direct fights in the Middle East. The attacks demonstrated efficient coordination of activities, appropriate choice of means and methods, as well as the convenient logistical and financial support needed to organise synchronised actions in several places at once.

However, this kind of threat will decrease in the near future. In fact, security services and legal authorities will be increasingly effective, careful and cautious with regard to individuals who plan on returning to their own countries. Besides, recent terrorist attacks and the intensification of the migration crisis have mobilised police, border guards, consular services, and institutions such as Frontex and Europol. They will be forced to strengthen protection of borders, verification of documents, as well as surveillance or monitoring of people’s movement, including the displacement of suspicious individuals and previous jihadist fighters. Another factor regards the financial limits caused by recent bombings of refineries, warehouses, and vaults controlled by ISIS in Iraq and Syria. Moreover, most authorities own lists of suspects and particular numbers of ISIS militants who have travelled to Syria and Iraq. Additionally, cross-borders and free movement including logistic capacities will be more and more difficult.

5.     Lone wolves and sympathisers of jihadism living in the West.

This category reflects increasing threats caused by young generations of new Muslim converts who were born in the West or those who have lived in Western countries since their childhood. They usually hold European citizenships or identity cards and live in European countries within multicultural societies. They are not devout believers widely known to a majority of local Muslim communities and imams. Their radicalization relies on propaganda materials as well as online conversations with extremist scholars, who present conceptual misunderstandings of Islam and selected values that change their objectives and perspectives in everyday life. However, radicalised Muslim converts do not verify their concept of the faith with other believers, religious representatives, or families.

Moreover, radicalised Muslims from the West who have not participated in direct combat in the Middle East or training camps, feel an obligation to contribute in jihad like their colleagues who travelled to the battlefield in the Middle East. Likewise, the increase of islamophobia and growing popularity of right-wing organisations and parties in Europe will affect radicalisation of alienated Muslim converts. 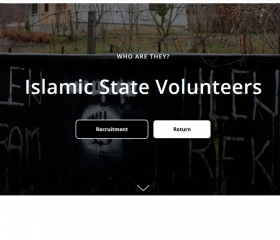 The leading jihadist organisations such as Al Qaeda and ISIS have expressed their support for the idea of the Lone Jihad, and consider it an essential means to fight the enemy in Western countries. For instance, ISIS spokesman Mohammad al-Adnani encouraged sympathisers to resign from travelling to the self-proclaimed Caliphate and instead carry out attacks in the West.

This type of insurgency corresponds with the Tsarnaev brothers, who were responsible for the attacks on the Boston Marathon in 2013, Rizwan Syed Farook, responsible for the shooting in San Bernardino in December 2015, or Omar Mateen, who attacked a gay club in Orlando. The profile also refers to Larossi Abballa, who stabbed a policeman and his wife in their own home on 13 June 2016, or Mohamed Lahouiaej Bouhlel, responsible for the Nice attack, and Muhammad Riyad who conducted the assault on a train in Wuerzburg in Germany.

The Western jihadists freely choose means and goals within their own opportunities. They use limited logistical and financial support from ISIS and establish a small group of fighters, or they act alone with cold steel, trucks or homemade bombs. For example, Said Mohamed Lahouiaej Bouhlel worked with other members of ISIS, who provided necessary weapons and funds. Besides, the group could not prepare sophisticated attacks based on explosives or a car bomb. Using a large vehicle, which targeted people on the promenade in Nice, was much easier for the inexperienced, newly recruited fighters.

The neutralisation of ISIS will create a gap in the worldwide jihadist movement. Defeated ISIS fighters will look for new challenges and ideas, as happened after the death of Osama bin Laden in 2011 when al-Baghdadi became a new leader for abandoned fighters.

It should be pointed out that al-Qaeda still holds its own structures in Maghreb, Sahel, Yemen, and Somalia. After the collapse of the ISIS caliphate, al-Qaeda will be forced to redefine its strategy and start new forms of terrorist activities.

Children of ISIS fighters is one of the biggest threats for the future. It should be noted that many insurgents travelled with their children to Iraqi and Syrian territories controlled by ISIS. Additionally, a lot of women married local militants and gave birth.

The children were forced to learn ISIS school programs, and they were indoctrinated from a tender age. They represent a huge danger for the future because contrary to their predecessors, they will be prepared for future fights without fears or doubts. The appointment of the new al-Qaeda leader, Hamza bin Laden is a good example in this context.