Neither Catastrophe nor Structural Reforms

During times of crisis, maintaining international partnerships is a must for any country. How can this be achieved? First of all, through economic contacts. And as far as Russia is concerned, France remains one of its key economic partners despite political differences and the situation surrounding the Mistral ships, which has generated an avalanche of gossip, insinuations and spin doctoring. We met with Arnaud Dubien, Director of the think tank Observo located at the Franco-Russian Chamber of Commerce and Industry, to hear about the problems related to Russia business, foreign investments in the Russian economy, the pre-election mood in France and his favorite books.

During times of crisis, maintaining international partnerships is a must for any country. How can this be achieved? First of all, through economic contacts. And as far as Russia is concerned, France remains one of its key economic partners despite political differences and the situation surrounding the Mistral ships, which has generated an avalanche of gossip, insinuations and spin doctoring. We met with Arnaud Dubien, Director of the think tank Observo located at the Franco-Russian Chamber of Commerce and Industry, to hear about the problems related to Russia business, foreign investments in the Russian economy, the pre-election mood in France and his favorite books.

The Russian media insists that foreign investments are returning to Russia. Do you think that this is true?

The answer is not that easy. The crisis is still present, although it seems to be less dire this year than many predicted after the Black Tuesday of December 16, when the ruble went into its deepest fall since the early 2000s. On the one hand, the apocalypse appears to have passed. But on the other hand, the structural problems of Russia’s economy have still yet to be handled, with no strategic decisions or radical changes in the works. A disaster is unlikely, but the future is far from clear. 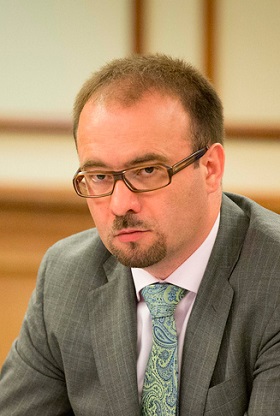 As for foreign capital, I would draw a line between portfolio and industrial investments. The former seem to be reappearing at the Moscow Exchange. At least, there is an impression that some portfolio investors who fled from Russia in 2014 and early 2015 have begun reinvesting in Russian securities. However, the scene is volatile – today the money has returned but tomorrow it may leave again. One should understand that such investments are useful but will hardly help to reform the Russian economy, because they essentially concern speculation. We went over the top about the cheaper ruble and the expectations of crisis, while now seem to be doing the same about the stronger ruble and a rosy future. There have been no fundamental changes in Russia's economic trajectory, and only the public perception appears to have been refocused.

No shifts appear to have occurred in the area of industrial investments. In my opinion, no genuinely large projects may pop up while the European sanctions are in place. And these hinge on developments in the Donbas. Small and medium enterprises are another matter altogether. But these are not crucial for the modernization of Russia's economy and are poorly represented in the foreign trade statistics.

Do you see promising innovation areas in the Russian economy? I have in mind sectors that would be attractive for foreign investors.

Russia is not just oil and gas, but also possesses innovative sectors – factories and laboratories engaged in truly pioneering activities. As for investing, the number one point is definitely energy which will always remain attractive for European and French wealthy people. And we should not forget major logistics and infrastructure projects, i.e. highways, railways and airports, which could become effective stimuli for modernizing the Russian economy. Before the Ukraine crisis, agriculture was lower on the list, while currently it is becoming a priority both for the government and business. France has a very advanced agricultural sector and its enterprises already operating in this area will definitely step up their efforts. And we also can name housing and utilities, as well as energy efficiency.

What are the French priorities in Russia's economy?

Right now the scene is not clear. Things were clearer before the Ukraine crisis and before sanctions. Offshore investments notwithstanding, France was the second largest investor after Germany, boasting accumulated investments of 12 billion euro in various sectors – from the defense industry to retail trade. In fact, French enterprises can be found in all segments of the Russian economy.

As for foreign trade, France came in behind Germany and Italy, which import Russian gas, but used to export more high-tech items.

Today French exports are damaged for two reasons. First, Russia's economy has weakened and the country is importing fewer goods. The second reason is connected to sanctions and Moscow's countermeasures in the agricultural sector. Society seems to have frozen waiting for economic developments to occur. But some projects are still moving forward, for example in the pharmaceutics industry. 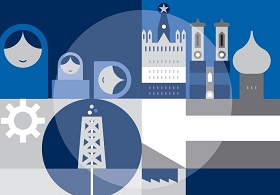 French media are becoming increasingly focused on the platforms of French presidential candidates. Could you offer some comments on this issue?

So far, no candidate has put forward a platform, since there are still two years remaining until Election Day. This is a lot of time for France, which renders forecasting the balances and outcomes absolutely ridiculous. Many journalists tried to do so in 1995, when everyone thought that Édouard Balladur would win. But he even failed to reach the second round. However, François Holland and Marine Le Pen will definitely run. The right-wingers are not sure about their candidate. Nicola Sarcozy is back in the game. He is heading his party and would like to rename it, but he has a strong opponent. Here I mean Alain Juppe. The primaries will be held only in the fall of 2016, so the configuration is still undecided.

Mr. Holland can hardly boast economic results and thus has a poor starting point. As such, Mr. Sarcozy and Mrs. Le Pen are suffering from high negative ratings. Moreover, the lady has family problems. Here I have in mind her ambitious niece and her father who appears focused on spoiling her presidential ascent. France will hold regional elections next October, after which more clarity can be expected. Most likely, the Socialists will remain on the downward curve.

However, I would hardly say goodbye to Mr. Holland right now. There is a scenario for his second victory, and it looks quite feasible – Mrs. Le Pen reaches the second round, he gathers the left-wing voters and obtains 27-28 percent of the vote, and Mr. Sarcozy sees his right-wing electorate fractured and gets 25 percent. In this case, Mr. Holland becomes the likely winner. Although this setup is possible, the most probable outcome appears to be a repeat of the 2002 scenario, when no left-wing candidate managed to reach the second round.

How would a right-wing president change France's foreign policy?

It depends, because Messrs. Sarcozy and Juppe use different approaches. Interestingly, Mr. Juppe is known for his Gaullist convictions, while Mr. Sarcozy seems eager to do away with Gaullism. As for Russia, Mr. Juppe is pretty tough, approaching the stance of Angela Merkel, whereas Mr. Sarcozy has made several statements about the annexation of Crimea, etc. that have caused outbursts in Paris. In fact, their foreign policy views do differ, especially on Europe, the United States and Russia. 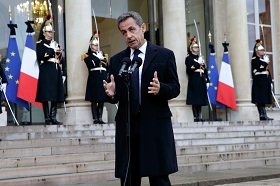 Moscow would gain having Mr. Sarcozy back because he is well-known to the Russian elite and his approaches are no secret. As for Mr. Juppe, he will hardly stick to the viewpoints of Jacques Chirac, his mentor and political guru.

Has the crisis affected your work? Have you seen any new obstacles? Or, on the contrary, do you see any fresh opportunities for growth?

I would say that context has been changed by Ukraine rather than by the economic crisis. Positions are highly polarized, which makes the ascendance of balanced views and analyses in the public domain increasingly difficult. Regrettably, fierce polemics are standing in for analysis both in Russia and in France. The economic crisis has done little damage. Businesses are sitting on the fence, but none of them are going to leave Russia; no member of the French-Russian Chamber of Commerce and Industry has given up his membership or left. Some fear more and some less, for example retailers. Such networks as Auchan are going to open their shops in the Far East – in Nakhodka and Vladivostok. The heart of the matter is in the business itself, in its organization and the sector. On the whole, the mood is not as elevated as in 2013. Everybody understands that the unrestrained growth of Russian economy is suspended. But many operators were in Russia back in the 1990s. This is not their first crisis, so the approach is to a greater extent philosophical. However, they are longing for sanctions to be lifted and government reforms announced.

What are you reading now?

I am reading Telluria by Vladimir Sorokin. And I've just finished several books by Dmitry Likhachev, as well as a book on World War One in French.

Do you have a favorite book you would recommend to someone close to you?

There are many such books, Dead Souls by Nicolai Gogol, if you have in mind Russian literature.

And what about French literature?