Modern Warfare Is a Rivalry for Cyber Supremacy

On the eve of Victory Day, we met with Commodore (Ret.) Konstantin Sivkov, Doctor of Military Science and Vice-President of the Academy for Geopolitical Problems, to get his opinion about changes in military strategy since World War II.

On the eve of Victory Day, we met with Commodore (Ret.) Konstantin Sivkov, Doctor of Military Science and Vice-President of the Academy for Geopolitical Problems, to get his opinion about changes in military strategy since World War II.

From 1945 until the present day, military strategy has been transforming step by step alongside changes made to weapon systems, beginning with the emergence of nuclear weapons, which have established a threshold for conflict escalation between nuclear states. If states collide, nukes are sure to inflict devastating damage and even obliterate life on our planet. Hence, nuclear powers effectively enjoy an untouchable status.

The military strategy of the nuclear powers has changed from the head-on clashes observed during World War II into a local war strategy within areas of influence.

The frontal collision of the opponents' groups and assets has given way to the use of irregular forces or resources of third countries allied with each center of power. 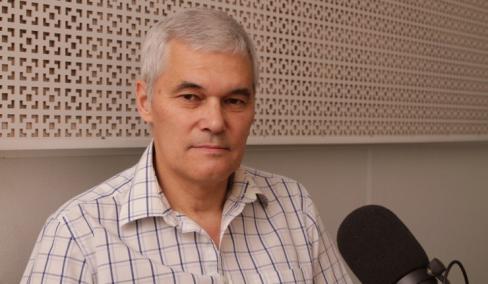 
The military strategy of the nuclear powers has changed from the head-on clashes observed during World War II into a local war strategy within areas of influence.

Minor nuclear countries have also become preferably untouchable. Because of this, the expected damage for an aggressor has also dramatically increased the threshold necessary for full-scale war to break out.

A good example is North Korea, which is increasingly scary with its possession of nuclear weapons. The same refers to Pakistan, India and Israel, which put potential aggressors in a position where direct military force is not applicable.

The second factor in the transformation of military strategy is the emergence and growing significance of cyberspace warfare. As a result of the qualitative growth of combat potential, weapons and precision assets, especially the range and power of the air force, victory comes to the country that is the first to detect the enemy and its battle strategy, to identify targets and strike. Most illustrative are the Arab-Israel wars, when the Israelis had better intelligence and destroyed enemy aviation through preventive strikes. In modern strategy, the key seems to be cyber warfare, whose scale is already on par with conventional fighting.

The third point concerns the increase in combat capabilities that have dramatically increased the depth of operations and battle efforts of various formations at the strategic, operational and tactical levels.

The expected damage for an aggressor has also dramatically increased the threshold necessary for full-scale war to break out.

Point number four relates to the extraordinary diversity of conflict because of cyberspace, precision weapons and spectacularly highly complex combat systems. While the World War II was a battle of motors, today we face a war of electronics. Accordingly, the intellectual component of command and control has become radically more important. The armed struggle of today is not so much the exchange of fire as the contest of intellects.

The role of outer space in modern military strategy is also on the rise, basically, in view of intelligence and communications to monitor the Earth surface, although space weapons are also available.

The second factor in the transformation of military strategy is the emergence and growing significance of cyberspace warfare.

Finally, in contrast to the Second World War, the military forces of today are no longer amalgamations of tactical units, i.e. divisions, regiments and brigades, whereas the armed struggle is no longer a totality of individual surface and air clashes. In fact, it is now a comprehensive process, as all groups are joined in a single and indivisible organism, the so-called battle system, to handle the entire complex of tasks. Destruction of this system or destruction of communications is fraught with a loss of the entire warfare capacity.

The armed struggle of today is not so much the exchange of fire as the contest of intellects.

Modern warfare has shed the features of classical WWII-style fronts, when the sides were opposed each other in fortifications that needed to be penetrated. Today, the construction of these barricades is unlikely, since they are highly vulnerable to precision weapons. Hence, the basics of modern surface warfare lies in the collision of highly mobile tactical groups, which extremely autonomous and amalgamated in a single information system.

At sea, missiles are becoming the staple making possible long-range strikes, while the artillery battles of WWII are practically irrelevant. Exchanges of air and missile strikes involve distances of hundreds of miles. 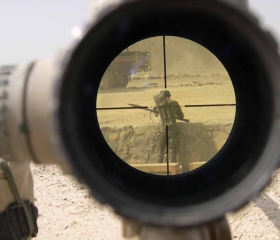 While WWII battles covered areas of several dozen, or even several hundred, square miles, currently battle groups can encompass huge areas of the world, even as large as thousands of square miles.

As far as aviation is concerned, the key task is winning air dominance and overcoming air defenses, with UAVs coming to the forefront to make it possible. In contrast with the Second World War, air force battle orders are much more complicated. In the past, operations included actions by relatively poorly coordinated forces, the strikes delivered by a certain grouping and in a certain succession, at best by bombers and fighters. Nowadays, the striking aviation battles involve many more groups, with coordination becoming absolutely vital. As a result, the need for command and control aircraft has emerged, giving rise to AWACS systems which didn’t exist during the Second World War. With the intellectual component in the air warfare gaining ground, dominance in cyberspace is the formula for success.

Rate this article
Share this article
FOLLOW THE LATEST DEVELOPMENTS
Project
International Dimensions of Cybersecurity
Tags
Cybersecurity, War, World War II, Cyber warfare, WWII
Reader's choice
HideShow
Why India Will Never Be Part of U.S. Alliances
War Between Russia and Ukraine: A Basic Scenario?
We Do Not Want Western Balkans to Become an Arena of Geopolitical and Geo-Economic Confrontation
UNCTAD Report: Revisiting Old Issues in Managing Cross-Border Data Flows
Russia and the EU Bear a Special Responsibility for the Security of Our Common European Continent