International Relations are in for Democratization

There has been a lot of talk lately about the UN General Assembly resolution on Syria being a harbinger of a new stage in world politics. We have met Fyodor Lukyanov, Chairman of the Presidium of the Council on Foreign and Defense Policy, to assess this opinion and discuss the possibility of the global center of power shifting from the Euro-Atlantic to Asia Pacific.

There has been a lot of talk lately about the UN General Assembly resolution on Syria being a harbinger of a new stage in world politics. We have met Fyodor Lukyanov, Editor-in-Chief of the Russia in Global Affairs journal and Chairman of the Presidium of the Council on Foreign and Defense Policy, to assess this opinion and discuss the possibility of the global center of power shifting from the Euro-Atlantic to Asia Pacific.

Mr. Lukyanov, how would you judge the significance of the UN resolution on Syria? Could we say it symbolizes the onset of a new stage in the history of diplomacy?

As a minimum, the resolution points to the onset of a new period in the history of attempts to resolve the crisis, since this is the first consensus resolution in the two and a half years of the Syrian conflict. The opposing sides have made reasonable mutual concessions in quite an elegant manner, such that both Russia and the United States can present the text as a triumph for their principles. This is really great progress.

As far as the new chapter in global diplomacy is concerned, it has not yet begun but the bid to begin it has been rather serious. John Kerry and Sergey Lavrov's Geneva agreements, which have materialized in the form of the resolution despite numerous diplomatic zigzags, represent the first instance of equitable agreement for a long time. After the Cold War, when diplomacy based on mutual containment faded away, there were practically no evenhanded accords, while policies were dictated by the more powerful side, the Westerners. Even when other actors managed to achieve something, this essentially was used to clarify the terms of capitulation.

The adoption of the Syria resolution means a return to classic principles, according to which a compromise involves concessions from both sides rather than improved terms for a predetermined loser. The extent of progress in this respect is not yet clear as there are many hurdles. A certain degree of optimism can be gleaned from the fact that the U.S. needs to settle Syria's chemical weapons problem no less than Russia does. And this is exactly why I think that the resolution will be implemented regardless of the difficulties. 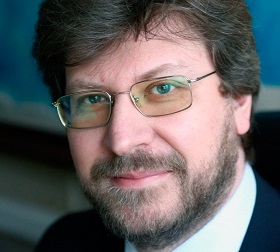 What do you consider to be the key features of the new stage? Is it going to imply higher risks of regional conflict?

To my mind, risks of regional conflict are not going up in connection with the new stage, but because the world is in transition and will remain so for an indefinite length of time.

After the Cold War had come to an end, there was a feeling that the previous system had collapsed to be replaced by new principles capable of bringing the conflict level down. But in the 1990s-2000s, this turned to be an obvious illusion, with the tendency towards conflict unchanged. Quite the opposite, as soon as the bipolar framework vanished, conflicts began to proliferate. Sooner or later, a new world order is bound to emerge, but today we can only speculate about its contours.

Whereas the 1990s were euphoric, the 2000s brought escalating panic. Now, they have been replaced by attempts to invent something new atop the ruins of the previous system, even while it has yet to fully disintegrate. The world is on the move, which makes conflicts more frequent.

Many pundits believed in multipolarity. To my mind. this is a kind of generalization, unable to describe the existing environment. Nevertheless, democratization of the global system is underway as more participants claim their rights. Why are Russia and the United States once again teaming up, though in different roles? In part, because they are opposed by states striving for more democracy in the world arena. Despite different interests and attitudes, the two countries retain privileged positions stemming from the times when they determined world politics. Just like any privileged power, Russia and the United States are trying to defend their exclusive rights to handle global problems, something other countries contest.

To simplify the issue, the General Assembly is revolting against the Security Council. The latter used to drive the wagon and make real decisions, while letting the others blow off steam at the General Assembly. The situation has changed, with the General Assembly claiming to represent the global community since democracy means majority rule. It's hard to say what the situation will come to in the end, but, no matter how strange it might seem, it is bringing together utterly diverse countries, including Russia and the United States.

What sort of role in the nascent system would you assign to Russia?

It seems ideal for Russia to take up the momentum of the Syrian initiative and ameliorate this chaotic environment with calculation and creativity. Russia has demonstrated an aptitude for finding openings that lead out of crises, a rare quality these days. Countries currently seen as "rising stars" are no good for such feats, since being a world power requires special skills. Countries like Brazil and India will have to travel a long way to become as sophisticated in foreign affairs as China, the U.S.A., Russia, and even Great Britain despite its current weakness. 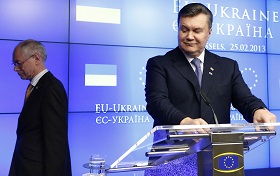 I see Russia's Achilles heel in its failure to find proper tools in relations with neighbors when Moscow tries to assert its international clout. Current relations with Ukraine and Moldova are really deplorable. The Kremlin does not seem to have any sort of strategy. Instead, we see hectic attempts to prevent the inevitable. And I do not speak of whether it is proper or improper for Ukraine to enter into an Association Agreement with the European Union. In the end, it is up to Kiev. But Moscow's countermeasures are hopeless and backfiring completely.

Should we expect the center of power to shift from the West to Asia Pacific? Will the United States forfeit its status as world leader?

This process is already underway, although it is the center of attention rather than the center of power that is on the move. Europe and the Euro-Atlantic are losing both influence and significance, since nothing of global importance is happening there unlike Asia that can boast of such events. Asia is doing its best to eliminate the centuries-long lag behind Europe in economic, political and cultural areas. Hence, we will have to inevitably dispose of the traditional view. Whatever we may claim, we've become used to seeing the world through a prism of relations with the West and nobody else. It seems timely to give up an approach that no longer fits reality.

The United States will be definitely losing its dominance because experience has shown that there are no absolute leaders. Such a role is too much even for a superpower like the U.S., whose aggregate capabilities exceed those of others many times over. As for the American leadership, different scenarios are possible, with the next 10-20 years being critical, primarily in the context of U.S. domestic developments. Today, Americans seem to be changing their approach to foreign politics as for various reasons they appear to be withdrawing into their shell. Of course, pure isolationism is hardly possible today, but polls show that America's next president could be even less prone to risky international ventures than Barack Obama.

This is not to say that the United States is necessarily about to weaken. On the contrary, the country may even rally its forces. In contrast to Europe, the U.S. is not going marginal but is rather turning to face the other way. Being both an Atlantic and a Pacific country, in the Asian era America may acquire an even more significant role than in the European age. This is a serious matter for Russia in the medium term. From an Asian perspective, the Russian-American relationship may feature much less division and much more similarity between the parties than people are accustomed to believe, since the two countries often face threats and challenges emanating from the same source, primarily from the rising China. I am sure that if Russian-American relations are in for a rebirth, Asia Pacific will be the venue.