wikipedia.orgA child…
wikipedia.org
A child being taught about the "lost" province
of Alsace-Lorraine in the aftermath of the
Franco-Prussian War. Albert Bettannier, 1887
0
5409
Add Reader

On June 28, 1914, the world was shattered by a shot that took the life of Archduke Franz Ferdinand and unleashed World War One. However, the assassination only provided a pretext for the future warring parties to take military action, while the roots of the lasting conflict can be found in the fundamental conflicts between the great powers. On the eve of the centennial of WWI, we spoke with military historian Sergey Chernyavsky, Director of the Russian State Navy Archive, who shared his views on German revanchism in the period between the two world wars, one of the main causes for the long war that followed.

On June 28, 1914, the world was shattered by a shot that took the life of Archduke Franz Ferdinand and unleashed World War One. However, the assassination only provided a pretext for the future warring parties to take military action, while the roots of the lasting conflict can be found in the fundamental conflicts between the great powers. On the eve of the centennial of WWI, we spoke with military historian Sergey Chernyavsky, Director of the Russian State Navy Archive, who shared his views on German revanchism in the period between the two world wars, one of the main causes for the long war that followed.

What do historians mean by German revanchism in the period between the two world wars of the 20th century?

In reality, there are three factors to speak of. First are the excessive ambitions of Germany that from the very start had been propped up by military, economic and political successes. The second is the outcome of World War One, primarily the Treaty of Versailles that humiliated the defeated German nation. The third was in the all-out financial support by the United States and Great Britain who helped Germany both restore its economy and launch World War Two.

Beginning in the mid-19th century, Germany surpassed many other European states in diplomatic, economic and military affairs.

As for WWI, the European countries were entangled in problems aggravated by reciprocal claims and disagreements dating back to the Crimean War of 1853-1856, or even deeper in history. But why was it that German ambitions defined the outbreak of war? Beginning in the mid-19th century, Germany surpassed many other European states in diplomatic, economic and military affairs. As a matter of fact, in 1866, when Germany was far from united, Prussia assertively thrashed Austria and became the unqualified leader in gathering the German lands, which, however, could have been avoided if the Russian Empire had supported Austria. But things did not go that way because Austria had failed to support Russia in the Crimean War. As a result, Austria chose not to support Russia and let Prussia win and become the collector of the German states. 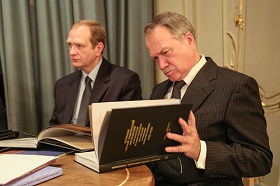 The Franco-Prussian War of 1870-1871 completed the consolidation of lands, allowing Germany declare the formation of the German Empire and make the dreams of Otto von Bismarck come true. When von Bismarck became the first Chancellor, Germany came to believe in its might, power and unshakeable privilege to dominate Europe. The subsequent Russian-Turkish War of 1877-1878 and the Treaty of San Stefano significantly reshaped the continent, while the agreement was virtually repudiated by the 1878 Congress of Berlin held under German leadership. The outcome was bad for Russia, among other things because of differences with Germany. In 1879, Germany and Austria-Hungary, and later Italy, entered into the Triple Alliance against Russia, giving rise to coalition building – the Entente uniting Russia, Britain and France on the one side, and Germany with its allies, primarily Austria-Hungary, on the other.

Nowadays, there are many questions and opinions about Russia's participation in the war, i.e. whether it had to jump in or could have avoided the fight or whose side it could have taken. In fact, one hundred years after the process does not seem that complicated and certain decisions by Russian diplomats could be easily disavowed. In my mind, Russia had no choice but to join the war. However, a thoughtful reading of documents indicates that skilled high-level Russian diplomats were working very hard to prevent the conflict, although in vain, after which the unwanted war broke out.

In my mind, Russia had no choice but to join the war.

As a matter of fact, the Russian Empire did not seem to have a way out, because its available and potential riches invariably attracted other states. This way or another, they would have twisted Russia's arms and found a pretext to draw it into the war. Some say that Russia should have allied itself with Germany, which seems the best scenario. I believe this approach was hardly viable, because Britain and France would have taken counter measures, for example by giving Germany guarantees of noninterference in a German-Russian clash, only to leave Russia on the losing side again. Take it or leave it, but the world lives by the rules of the neighborhood.

In what way did the internationally legalized results of WWI affect Germany and the global balance of forces? What was the role of major powers in the inter-war period? 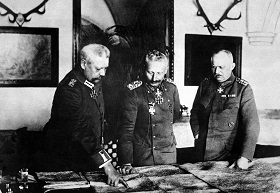 The yearning for justice begot revanchism, with the Treaty of Versailles accelerating the process and setting the stage for World War Two.

In June 1919, the Treaty of Versailles came into being, prepared and signed by many countries, among them Japan, Belgium, Brazil, Bolivia, Ecuador and many other noncombatants, although the main architects were the United States, Britain and France, with Washington playing a special role. Russia happened to be the only one out because of its separate treaty signed with Germany. The provisions could not but push Germany towards a revival of its lost might, as it was deprived of all colonial holdings spanning over three million square kilometers with a population of 2.5-million. Alsace and Lorraine drifted towards France, whereas some other territories became Belgian. Danzig was made a free city, while the Saar fell under the control of the League of Nations. Germany was totally disarmed, left with border guards and the right to a maximum 100,000-strong army and a four-thousand officer corps. The winners seemed to have done everything to prevent the revival of Germany as a great power able to operate globally. The Treaty of Versailles allowed only a volunteer armed forces, with a 50-kilometer demilitarized zone established on the right bank of the Rheine, all its fortifications and fortresses demolished, armaments removed, and French and British troops deployed on the left bank for a term of five to fifteen years.

Severe limitations were placed on the navy. Germany was prohibited to have submarines and not more than six large battleships, with no new construction allowed, not more than six light cruisers and not more than twelve destroyers. The reparation payments were horrendous. The Treaty of Versailles appointed Germany as the main instigator of the war and made it compensate the material damage of all its adversaries– 20 billion gold Reichsmarks over the first 15 years and 132 billion gold Reichsmarks over the next 30 years, which effectively ruled out the post-war recovery of the German economy. As a result, a wave of protest emerged, giving rise to leaders who skillfully employed the national defeat and the unfair humiliation on behalf of other countries to rise to top political positions. Later, the yearning for justice begot revanchism, with the Treaty of Versailles accelerating the process and setting the stage for World War Two. 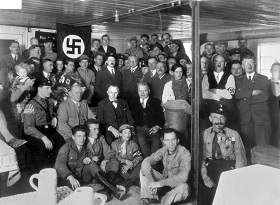 As a result, loopholes were swiftly found in the treaty by the German top brass with Hans von Seekt in the lead. As commander-in-chief from 1920 to 1926, he fathered the German military revival, advocating a consolidation of forces with Soviet Russia. The Germans are known to have closely cooperated with the Red Army, since Hans von Seekt regarded Russia as the only German ally and never as an enemy, to a great extent because of the Versailles Treaty. After WWI, Europeans used to mistreat Germany and keep it isolated, only pushing it closer to Russia, also a pariah state.On the other hand, the West was wary of the two countries’ rapprochement, attempting to make them fight each other. Just remember the plan of Charles Dawes, an American banker who in 1924 made a series of proposals to settle Germany's reparation payments. First, he suggested withdrawing French troops from Germany by 1925 to end Paris’s claims domination in Europe. The core of the plan was to offer Germany American and British loans, so that Berlin could pay reparations to France. Germany was to receive USD 2.5 billion from the U.S.A. and USD 1.5 billion from Britain, i.e. about USD 400 billion at the 2000 rate. The enormous infusion would have been enough to totally refit Germany's industrial base and renovate production equipment.

As a matter of fact, this was the beginning of German preparations for vengeance in the Second World War. On the one hand, Germany and Russia were driven to cooperate by the Treaty of Versailles, whereas on the other, the enormous allocations from the West made German revenge aspirations a reality, as well as Adolf Hitler's rise to power in 1933. Finally, Germany attacked not only the Soviet Union but Europe as well to the benefit of the United States that regarded the Old Continent as its only rival and wanted to emaciate it by Hitler's hands. To sum up, the Treaty of Versailles, Western policy toward Germany and domestic developments in Russia seem to have been the key catalysts of the tragic events that devoured the world in 1939-1945.

Rate this article
Share this article
FOLLOW THE LATEST DEVELOPMENTS
Tags
Germany, World War II, World War One, WWI, WWII, Revanchism, Treaty of Versailles
Reader's choice
HideShow
Eight Principles of the “Greater Eurasian Partnership”
Gas Without a Fight: Is Turkey Ready to Go to War for Resources in the Mediterranean?
Russia, China, and the Indo-Pacific
The Greek-Turkish Standoff: A New Source of Instability in the Eastern Mediterranean
From Corporates to International Governance: The Coming of the ‘Platform Economy’