Geopolitical processes in today’s world increased the strategic significance the Black Sea region has for Russia, and also buttressed the ambitions of Turkey and Bulgaria. The latest geoeconomic and political factors prompt the revival of negotiations on the previously frozen pipeline projects designed to export Russian gas to Europe. Let’s note that the South Stream and the Turkish stream had been frozen due to the cooling in Russia’s relations with Bulgaria and Turkey respectively.

Geopolitical processes in today’s world increased the strategic significance the Black Sea region has for Russia, and also buttressed the ambitions of Turkey and Bulgaria. The latest geoeconomic and political factors prompt the revival of negotiations on the previously frozen pipeline projects designed to export Russian gas to Europe. Let’s note that the South Stream and the Turkish stream had been frozen due to the cooling in Russia’s relations with Bulgaria and Turkey respectively.

In December 2014, Russian leaders made a fundamental decision to withdraw from constructing the South Stream. Making this decision took several months. Many factors played into it: the project’s high cost (over the last few years, it grew by nearly 1.5 times), the European Union’s obstructive position, the economic and political sanctions imposed on Russia, the geopolitical situations around Ukraine, etc. Initially, the South Stream was viewed as a competitor for the Nabucco project which never materialized [1]. 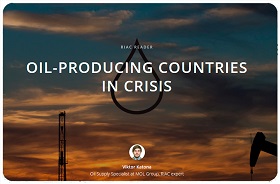 Europe repeatedly threw spanners in the South Stream works. In April 2014, the European parliament adopted a resolution recommending abandoning the pipeline, and in June and August of the same year, upon the insistence of the European Commission, Bulgaria was forced to stop the work on the project. By the time the works started on the underwater part of the pipeline in December 2014, Bulgaria still had not issued a construction permit. These factors forced Russia to give up on the project. Despite its truly contortionist diplomacy, Bulgaria, being under the European Commission’s influence, failed to save the South Stream [2]. Consequently, Russia began researching an alternative pipeline project, the Turkish Stream which entails transporting natural gas from Russia via the Black Sea into Turkey, and then on to the Turkish-Greek border. The idea was to use the infrastructure which had been intended for the South Stream to construct the pipeline in Russia. In December 2015, due to a crisis in Russian-Turkish relations linked to the military hostilities in Syria, the Turkish Stream project was suspended [3].

Pipe Dreams: Are the Streams Coming Back?

In August 2016, both Bulgaria and Turkey declared they were ready to go back to the frozen energy projects, including the South and Turkish Streams. 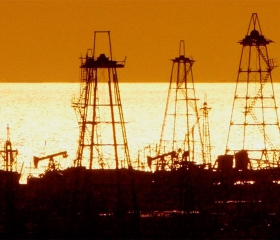 REUTERS/David Mdzinarishvili
Alexander Eliseev:
The Structure of Energy Politics in the South
Caucasus: Grounds for Consolidation or
Cooperation?

Russia and Bulgaria agreed to form working groups for reviving joint energy projects. The key energy projects are the South Stream pipeline and the Belene Nuclear Power Plant (NPP). It should be noted that in early August, Bulgaria received a letter from the European Commission which states that should Bulgaria go back to constructing the Belene NPP, it will have to notify the European Commission in advance. The letter also positively spoke about Bulgaria’s actions aimed at integrating the South European energy system in the European market and at increasing supplies security by diversifying the energy sources. In addition, the letter also stated that it continued to develop the Balkan gas hub, which could include the supplies of the Russian gas, but in a way that would be completely compliant with the EU regulations.

Undoubtedly, in order to revive the fuel and energy complex projects, Russia needs more than Bulgaria’s wish. There is no certainty that Bulgaria will carry out its obligations, especially since Russia received no official legal guarantees. Russia already suffered losses when the South Stream was frozen, and it is not going to repeat the same mistake; it needs weighty arguments to unfreeze the projects. It should be emphasized that Bulgaria owes Atomstroyexport 550 million euros for two nuclear units built for the Belene NPP, and a late payment fine of 167,000 euros [4].

Russia is trying to strengthen its current position on the European market as the leading supplier of energy resources by supplying Russian gas via different routes.

Sudden bursts of activity on the part of Bulgaria and Turkey in a dash to net the Russian gas pipe are taking place simultaneously. In recent years, Turkey set a serious task: to transform itself from a transit country into a regional gas hub. In this connection, the Turkish Stream plays a very important role. In August 2016, Russia and Turkey agreed to contribute equal investments into financing the Turkish part of the project. As far as Russia is concerned, the project is ready to be implemented: in Russia, the infrastructure for supplying gas to the Black Sea pipeline is ready, pipes for the marine stretch are purchased, contracts for building the marine stretch are signed. The draft of the intergovernmental agreement had been sent to Turkey even before the crisis in the bilateral relations. The project has also assumed a more precise shape: instead of four gas pipe threads of 900 kilometers each, there will be two: the south of Europe and the Turkish market. It is expected that from the Turkish border, the ITGI Poseidon (Interconnector Turkey–Greece–Italy) will continue the pipeline via Greece and the Ionic Sea to the south of Italy.

One Pipe is Good, But Are Two Pipes Better? 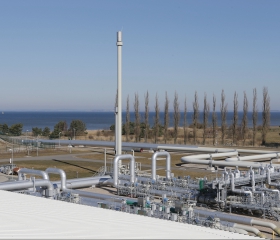 In the current geopolitical situation, it is not expedient to declare abandoning either the Turkish Stream or the South Stream. For a decision to be made, the European Union must state its position clearly on each of the above-mentioned projects. More consideration is necessary to weigh any additional bonuses that Turkey and Bulgaria each could offer to support “their” streams. The struggle for the Russian “stream” will force these countries to offer Russia more advantageous conditions.

Against the background of the crisis in the Russian-Turkish relations, Bulgaria held several talks with the European Commission and with individual countries of the EU concerning unfreezing the South Stream, carefully keeping these talks out of the public eye. What also plays into Bulgaria’s hand is profound problems in the Russian-Turkish relations, which appear from time to time due to the clash of national interests in the areas of gas transit. Turkey attempts to position itself as an alternative route for gas supplies, since the concerns about Europe’s increasing dependence on Russia are growing. In its turn, Russia is trying to strengthen its current position on the European market as the leading supplier of energy resources by supplying Russian gas via different routes.

The strengthening of positions on the European gas map should not be necessarily limited to the choice between the South or Turkish Streams. It is possible that a decision will be made to combine these projects, that is, to lay parallel pipelines from Russia via the Black Sea, and then splitting them toward Turkey and Bulgaria. As a result, both Turkey and Bulgaria will receive additional gas for its domestic consumption, and further transit into South European countries will require additional consideration.

Russia is trying to strengthen its current position on the European market as the leading supplier of energy resources by supplying Russian gas via different routes.

Thus, the problem of supplying gas to Italy is solved with Nord Stream-2 (in this case, it will be sufficient to bring gas into Austria, and then there is an operational gas pipeline which could be used to ship the gas to the Italian Peninsula). The question of Turkey and the Balkans is more difficult: additional pipelines will have to be built in any case. It should be noted that Italy also signed an agreement to import gas from Azerbaijan. Speaking of supplies to South Europe, we should not forget the revival of the Poseidon project (the marine part of the ITGI project, from Turkey via Greece to Italy along the floor of the Ionic Sea). Under the current circumstances, Poseidon could be a continuation of either Turkish or South Stream.

Bulgaria and Turkey will continue their struggle for the status of a new transit country into Europe. Both countries will use their chances to strengthen their positions on the geoenergetic map of the European continent.