Cooperation between NATO and the CSTO over Afghanistan in 2014

Today pundits are talking at length about cooperation between NATO and the CSTO over Afghanistan in 2014. We met with Farkhod Tolipov, PhD in Political Science, Director of Caravan of Knowledge, an Uzbek think tank, to ask his opinion about the relevance of such discussions and the parties’ capabilities to successfully interact in this sphere.

Today pundits are talking at length about cooperation between NATO and the CSTO over Afghanistan in 2014. We met with Farkhod Tolipov, PhD in Political Science, Director of Caravan of Knowledge, an Uzbek think tank, to ask his opinion about the relevance of such discussions and the parties’ capabilities to successfully interact in this sphere.

Mr. Tolipov, is this discussion relevant in view of the reality on the ground and the forces’ capabilities? Is such cooperation actually possible?

I've met many Western colleagues to discuss this issue and have frequently heard that NATO-CSTO cooperation on Afghanistan is hardly likely, ostensibly because of both obvious and deeper reasons. First, the United States is not interested in strengthening, and would rather check, the process of building cooperation. Second, the CSTO is far behind NATO as far as military and technical capabilities and international clout are concerned. It is NATO that has done all of the dirty work in Afghanistan. The CSTO has been mainly involved in a safety belt or counternarcotics belt rather than directly participated in military action, naturally because of the Afghan syndrome generated by the previous Soviet military involvement. Nevertheless, the CSTO is not yet a match for NATO. What kind of cooperation could be possible in a mismatch? In addition, NATO was unlikely to rebalance and interact with other organizations when the Afghan operation was in full swing, which might have been another reason why the alliance was neither ready nor willing to work with the CSTO. 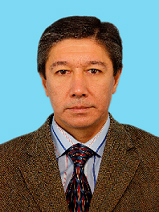 As I see it, relations between NATO and the CSTO are both feasible and significant, although only after 2014 when military action in Afghanistan comes to an end and its domestic environment settles on a more peaceful track. Currently, there seems to be no consensus within the CSTO on the relevance of joint military participation in a conflict that is not affecting the interests of all its members. Hence, Uzbekistan opposes the establishment of the Collective Rapid Reaction Force (CRRF) within the CSTO. With no clarity on these issues, the CSTO is not likely to discuss them in other formats and on other international platforms.

No matter how powerful the organization is, Tashkent's withdrawal has aggravated the regional security environment, including its role in Afghanistan. It is hard for me to imagine a CRRF security umbrella in Central Asia without the participation of such a significant country as Uzbekistan. The question is still open, although one point is crystal clear. The CSTO is resilient enough to resist any sort of attempts to shut it down. It has evolved and grown stronger despite certain differences between its members. A lot hinges on Russia's ability to go ahead and lead the process. Sooner or later, the Eurasian and Euro-Atlantic security systems will merge, with the CSTO and NATO being key players in strengthening the interplay between Eurasia and the two brims of the Atlantic.

Could the abundance of Central Asian integration projects confuse the republics and hamper intergovernmental cooperation, among other things on Afghanistan? 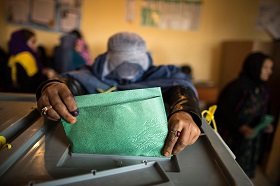 Notably, many structures and organizations building engagement with Central Asian countries don't really mean integration. They are rather associations made to jointly handle certain issues, be it the SCO, CSTO, CIS or others, which might down the road grow in integration projects.

The only post-Soviet integration institution was the Organization for Central Asian Cooperation (OCAC) which was intended for full-fledged amalgamation of the member-states, but ceased to exist in 2006. As of now, there is no regional structure with a similar purpose.

If things in a Central Asian country go wrong, it is difficult to see which regional structure could handle responses. However, all these states have their own counterterrorist units and properly trained military forces. On the whole, each regional republic is fit to counter potential threats, although integration is still something they need. In my view, the closing of the OCAC was the best decision, since the Central Asians have lost a lever, or even a mechanism, for tackling regional challenges. Neither the Eurasian Economic Community nor the SCO nor the Conference on Interaction and Confidence-Building Measures in Asia is capable of handling such issues. As a result, it is the individual states that have become responsible, be it water supplies, power station construction, border delimitation, transportation links, abolition or introduction of visa regimes, or economic cooperation. Settling these issues could be pushed by a region-only organization with sufficient clout to gather its members at the negotiations table. The OCAC might have played such a role, and, let me repeat, its closure seems to have been a mistake. Kazakhstan is trying to revive the Central Asian integration process but the initiative is still too early to assess. 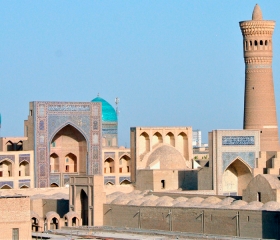 As for the integration of Central Asian states in the Eurasian Union, many steps appear positive, while I believe they lack the element of good faith. How can one strive towards large-scale integration with insufficient trust and cooperation on a lower inter-regional level? As part of the Eurasian Union, Central Asians will fill the agenda with their unsettled problems. If someone says that a larger union may offer a simpler formula for handling regional matters, it is not clear why the republics which understand the problems much better themselves haven’t implemented such a solution before.

This is just to say that many Central Asian difficulties could be alleviated on the regional level, while progress seems to be blocked for individual reasons. Before joining large integration associations it appears essential to at least demonstrate the will and willingness to handle regional problems.