Chinese Observers Commenting on Russian Policies during the Ukrainian Crisis

Experts on Russia and Ukraine from a number of leading think tanks in China have kindly agreed to share their comments on the Ukrainian crisis, the implications of sanctions against Russia, Russian policies in this area, and the position of the Chinese government. The interviewees are Jiang Yi, Zhang Hong, Li Yajun, Feng Yujun, Xu Wenhong.

Experts on Russia and Ukraine from a number of leading think tanks in China have kindly agreed to share their comments on the Ukrainian crisis, the implications of sanctions against Russia, Russian policies in this area, and the position of the Chinese government.

Jian Yi, expert on Russian diplomacy: Crimea’s independence or its accession to Russia is the worst-case scenario

Zhang Hong, an expert on Ukraine: Russia cannot count on Chinese support over the issue of a referendum on the independence of Crimea

Li Yajun, an expert of Russian policies: Creating an image of a ‘strong but isolated’ Russia in the world is not a far-sighted strategy

Feng Yujun, Director of CACIR: The huge risk for European security that the current crisis in Ukraine has created is, to a large extent, the result of the ‘arrogance’, ‘indifference’ and ‘complacency’ of the US and Europe

Xu Wenhong, an expert of Russian economy: It is the Russian capital market that could suffer most from the Western response 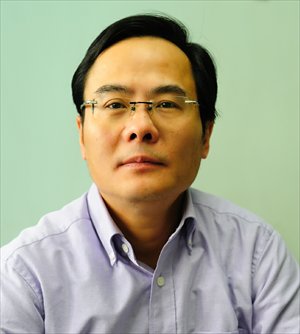 Jian Yi: Crimea’s independence or its accession to Russia is the worst-case scenario

Expert on Russian diplomacy and researcher at the Institute of Russia, Eastern Europe and Central Asia of the Chinese Academy of Social Sciences

A stable and developed Ukraine – and not a divided and anti-Russian Ukraine - is in the long-term interests of Russia. Such a scenario would line up with Russia’s objectives of preserving its influence in Ukraine and maintaining close relations between the two countries. However, it is another question about how to attain such an outcome for Ukraine.

Putting too much pressure on Ukraine, interfering too actively in its internal skirmishes, or even slicing off a part of its territory as a method of exerting influence are only likely to make the situation worse. By acquiring Crimea, Russia will inevitably lose all of Ukraine. It is highly unlikely that the Ukrainian government (even with its pro-Russian leanings) would accept such a scenario. It is more likely that these developments will only strengthen pro-Western sentiments among Ukrainians. The Russian-Georgian conflict in August 2008 serves as a good example. But even if one accepts that losing Georgia was not extremely painful for Russia, matters are completely different with Ukraine.

Besides, a conflict-prone relationship with Ukraine will have negative implications for Russia’s image in the world, placing Russian diplomacy in a difficult situation. Finally, other CIS countries will start to lose feelings of security: there are other ethnic conflicts across the CIS, and ethnic Russians live in many countries.

Squeezed between the two poles of regional integration, Ukraine needs to strive towards balanced relations both with Russia and the EU. It can reap dividends of European cooperation without ruining its traditional links with Russia.

Russia and the West must be tolerant and cooperate with one another both in Ukraine and in other post-Soviet countries. Policies aimed at excluding the other party will hardly succeed.

There have been different opinions in Chinese society - some of them are quite extreme - on the Ukrainian crisis. Quoting the two key opposing views, the first alleges that Russia has returned to a state of confrontation with the West, and thus its actions should be supported. The other opinion is that Russia is in violation of principles that it has itself been consistently promoting. It has undermined their legal foundations and has returned to its former imperial policies. And while the West, too, may be guilty of many mistakes, this should mean that opposing the mistakes of the West should lead to committing yet another blunder. 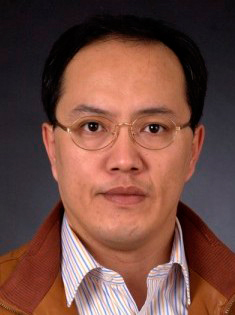 Zhang Hong: Russia cannot count on Chinese support over the issue of a referendum on the independence of Crimea

Expert on Ukraine and researcher at the Institute of Russia, Eastern Europe and Central Asia of the Chinese Social Sciences

<…> There are many ethnic Russians living in Ukraine, and therein lies the necessity for Russia to very closely follow the domestic political process in Ukraine and remain actively involved in it.  There is no need to wait for a so-called humanitarian disaster or a flaring of ethnic conflict before one interferes. China therefore understands Russia’s concern about Russian-speaking residents in Ukraine. <…>

However, a referendum on the independence of Ukrainian Crimea is bound to change the current tenor of the situation. China has been known to oppose any regime change that occurs through violence since China itself faces the issue of separatism. If Crimea announces its independence through a referendum, China is unlikely to recognize and support it. And although Russia is a strategic partner of China, Ukraine is also its strategic partner, and Russia therefore cannot count on Chinese support over the issue of a referendum on the independence of Crimea.<…>

The complete text of Dr. Zhang Hong’s commentary was published by the influential Hong Kong portal, Phoenix, at http://news.ifeng.com/opinion/wangping/crimea1/. Excerpts from it have been shared with the author’s permission.

Li Yajun: Creating an image of a ‘strong but isolated’ Russia in the world is not a far-sighted strategy

Expert of Russian policies and a researcher at the Institute of Russia, Eastern Europe and Central Asia of the Chinese Academy of Social Sciences

The independence of Crimea or its accession to Russia may offer Russia some tangible gains, but Russia is bound to lose more in terms of its geopolitical edge and influence in the region.  In the current political situation, the issue of Crimea’s status is not one of Russia’s key national interests, but is simply a weighty trump card for Russia and for the new government in Ukraine in their talks with the US.

The best option for Russia today is to see a Ukraine that is neutral in the world affairs.  Therefore Russia today should not focus on some passing interests in the Crimean issue and thus drive Ukraine towards an alliance with the West. Instead, Russia should be committed to reaching a compromise with Western nations which, while ensuring Russia’s tangible interests, will help end the crisis in Ukraine as soon as possible.

The excessively tough position of Russia and its uncompromised diplomatic stance vis-à-vis Western countries may be suggestive of a near-sightedness in the Russian strategy, and this creates an image of a ‘strong but isolated’ Russia in the eyes of China and other countries. 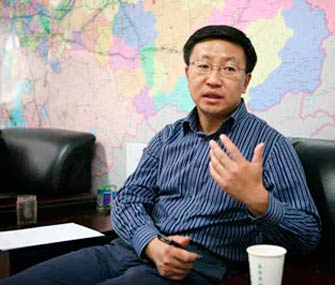 Feng Yujun: The huge risk for European security that the current crisis in Ukraine has created is, to a large extent, the result of the ‘arrogance’, ‘indifference’ and ‘complacency’ of the US and Europe

<…> Politically, Ukraine has failed to either align its model of development with global trends, or to set up a model of governance which is aligned with its internal characteristics. <…> Ukraine’s political progress has been imperfect, with frequent changes in the political system due to immature political parties, which are numerous in number and which have not only failed to represent the interests of different groups of the population, but also have been in fact controlled by oligarchs and expressed the views of various interest groups. <…> As political anomy inevitably leads to social exclusion, the principles of tolerance, dialogue and equality have failed over the past two decades to become keynotes of Ukraine’s political culture, which, instead, has been noted for its hostility, infighting and the elimination of political enemies. <…>

Unfolding against the background of geopolitical contestation between the large powers, the Ukrainian crisis has been a result of a far more profound dilemma of European security. After the fall of the Berlin Wall and the disintegration of the USSR, actions in the Western camp were encouraged by the sweeping optimism of “victory in the Cold War” and their belief in the ‘end of history’. As a result, Western countries completely flouted the provisions of the Helsinki Final Act on the immutability of the post-war borders, and departed from their promise to disband NATO in parallel with the disbanding of the Warsaw Treaty Organisation. Moreover, the Western camp continues with NATO enlargement to the east, ignoring Russia’s interests and its protests. They continue to squeeze the strategic space around Russia, and this inevitably brings to mind parallels with the repressions and exploitation of Germany under the Treaty of Versailles after WWI.  <…> One may argue that the huge risk for European security that the current crisis in Ukraine has created is to a large extent the result of the ‘arrogance’, ‘indifference’ and ‘complacency’ of the US and Europe. <…>

The future of Ukraine depends on the wisdom of the large powers and their capacity to find compromise. Moreover, it hinges on progress in the economic and political development of Ukraine itself, the improved ability of the elite to govern the country, the political engagement of the population, and the successful, gradual emergence of national identity.

An excerpt from a paper by Dr. Feng Yujun, which he kindly shared with the RIAC. Published with the author’s permission. 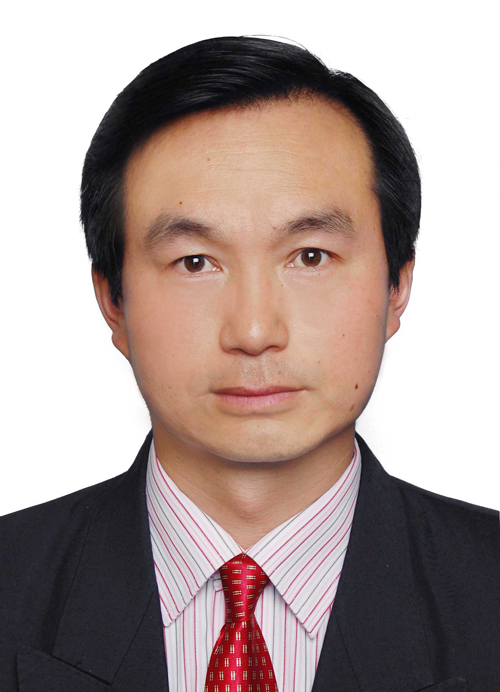 Xu Wenhong: It is the Russian capital market that could suffer most from the Western response

Expert of Russian economy and assistant researcher at the Institute of Russia, Eastern Europe and Central Asia of the Chinese Academy of Social Sciences

Russia’s foreign trade with the US is worth a mere USD 40 billion. Given the size of the economy and the status of these countries, their bilateral trade is so meagre that US trade sanctions will hardly have any serious effect on Russia. Foreign trade between Russia and EU countries is more sizeable. However, EU countries, in particular Germany, are heavily dependent on Russian energy and they are, therefore, unlikely to introduce any tangible sanctions against Russia for the sake of Ukraine. Should they freeze bank accounts of some of Russia’s top officials, it could even have a positive effect on the Russian economy, which is working to de-offshore itself.

I would argue that it is the Russian capital market that could suffer most from the Western response. Russia must become prepared for this shock since Russian capital markets are very vulnerable. Almost 70 per cent of investors in the Russian stock market are London-based. Western investors can drive the market up or down, and this is a tangible and present threat. Western countries can also influence the rouble exchange rate, and the rouble’s recent volatility is good evidence of that. Finally, oil and gas prices can also become a focus for pressure on Russia.

Rate this article
Share this article
FOLLOW THE LATEST DEVELOPMENTS
Project
Russia and China: Partnership in the Context of Security Challenges and Development in the Asia Pacific
Tags
Russia, NATO, China, European Union, Ukraine, Crimea
Reader's choice
HideShow
About the Wise Monkey Who Came Down from the Mountain
Illusions of a New Bipolarity
COVID-19 Presents Both Opportunities and Threats to Russia’s Foreign Policy
A Russia-EU-Africa Energy Strategy. Nuclear and Renewable Energy Security
Business and the State: Together into the Brave “Cyber World”?