Balkans Come to the Fore

The issue of NATO expansion has once again been put on the agenda. There has been talk recently about possible membership for three states located on the Balkan Peninsula. In addition, it just came out that Russian President Vladimir Putin will pay a visit to Serbia on October 16, 2014. Does this event signify that the Balkans will return to the center of international attention? Alexander Pivovarenko, Research Associate of the RAS Institute of Slavonic Studies and RIAC expert, shares his insights on the situation.

The issue of NATO expansion has once again been put on the agenda. There has been talk recently about possible membership for three states located on the Balkan Peninsula. In addition, it just came out that Russian President Vladimir Putin will pay a visit to Serbia on October 16, 2014. Does this event signify that the Balkans will return to the center of international attention? Alexander Pivovarenko, Research Associate of the RAS Institute of Slavonic Studies and RIAC expert, shares his insights on the situation.

The issue of NATO enlargement through incorporating the Balkan states of Montenegro, Bosnia and Herzegovina and Macedonia is being discussed again. In your opinion, is this really a possibility in the short run?

Indeed, the NATO summit held in Newport on September 4-5, 2014 gave such discussions a fresh impetus. First of all, this relates to Montenegro. In May-June 2014, Montenegro Prime Minister Milo Djukanovic and NATO Secretary General Anders Fogh Rasmussen announced the beginning of an “active phase of negotiations”, which is expected to result in the extension of an official invitation to Montenegro to join the Alliance by the end of 2015. It appears that when leaving for the summit in Wales, the Montenegrin leadership had hoped to acquire a more definite date. On September 2, 2014, Minister of Foreign Affairs and European Integration Igor Lukšić stated that the country had completed one third of the process towards membership. The country was expected to be halfway done by the end of the year. However, as we know, the Newport summit discussed other, more important issues. At the end of the summit, European officials and the Prime Minister of Montenegro only reiterated statements previously made. Therefore, their intentions were made public, but the final decision will be taken within a year or so.

In what way does joining NATO help the interests of the Balkan states?

All Balkan countries have an interest in joining NATO to a varying degree, but each has specific problems that are obstructing admission. 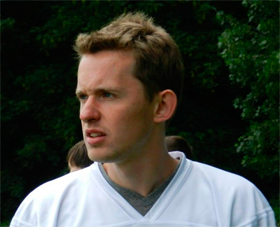 Securing state boundaries and stabilizing internal political systems are two of the most important interests Balkan states have and they believe that NATO membership will help them achieve these goals. This is particularly important for Bosnia and Herzegovina and Macedonia, since some of their ethnic minority groups are drawn towards neighboring states (Serbians and the Croatians in Bosnia-Herzegovina and Albanians in Macedonia).

Skopje enjoys the greatest consensus on NATO membership. The country considers membership as a safeguard against neighboring Serbia, Bulgaria and Greece, which historically have made many efforts to strengthen their positions in Macedonia. Their interests are still present: the “naming dispute” with Greece and the fact that many Macedonians have acquired Bulgarian passports in order to enjoy the privileges of EU citizens testify to this. Macedonian patriots regard this as threatening to split the nation.

Therefore, all political parties, as well as the majority of the population support EU and NATO entry. Macedonia applied for membership back in 2008 in Bucharest, together with Albania and Croatia. However, NATO's invitation to Macedonia was blocked by Greece. Six years have passed since that time and the internal situation has changed. Various political developments occurred which gained coverage in the Western media and the reports of international observers. As a result, the country now barely meets the requirements put forward in the field of democracy and human rights. Finally, in recent years, anti-European and anti-NATO sentiments in Macedonia have gained ground, as in many other countries. All of this has slowed its membership prospects in the Alliance.

Support for the Euro-Atlantic vector exists in Bosnia and Herzegovina. However, it faces the incompatible aspirations of three groups within the population. Muslims, perhaps, are the only group who associate themselves with the Bosnian state and support the adoption of a new constitution, which would give them more power and remove the vetoes of the two other groups for making important decisions. Bosnian Croatians do not oppose joining NATO, but want to get their own administrative status in the federation before it happens. The Republika Srpska and its President Milorad Dodik have traditionally opposed membership in NATO. The strength of the opposition to the Atlantic vector in the coming years will depend on the outcome of the general election that will take place in the country on October 12, 2014.

In Montenegro, the greatest opposition to joining NATO comes from society. According to various reports, the level of support ranges from 26 to 40 percent. Much effort is being applied to change public opinion. However, the experience of Croatia has shown that a decision on NATO membership can be taken without holding a referendum.

Is there a possibility of other Balkan countries joining the Alliance? 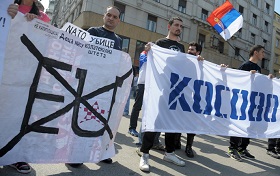 This requires a combination of certain conditions and the removal of third-party influence. Speaking of Serbia, there is a constraint in the form of Russian influence, as well as the negative attitude of society, which remembers the bombings in 1999. The Serbian leadership is very pragmatic. It understands that under the current conditions, the choice of a Euro-Atlantic course will yield no significant dividends, but a negative reaction of the population would be guaranteed. On the other hand, while there is the Russian factor, it is possible to ask for certain financial incentives during negotiations with the European officials. In effect, this is similar to Tito’s non-alignment policy, although Serbia has incomparably fewer resources in this respect.

As for the other republics, there are a few things to take into account. Militarily, their potential is negligible, and after the reform of their armed forces in line with the NATO standards, it has become even less significant. In terms of the military and political control, the situation is somewhat paradoxical. The most likely candidate right now is Montenegro, which has no Alliance soldiers on its territory. But peacekeeping missions and NATO military bases have been stationed in the “problem” countries of Bosnia and Herzegovina and Kosovo. Camp Bondsteel in Kosovo is a few dozen kilometers away from the Macedonian border. So these republics are already under an “obtrusive custody” of the Alliance.

Generally speaking, NATO will consider the possibility of further expansion in the Balkans. The reasons behind this are as follows: putting an important part of Europe under its control, eliminating some “blank points” on the map, and making the fragmented space of the region manageable and uniform. To join NATO, countries have to solve their internal problems. The Alliance is interested in this as well, as each of these problems is a potential loophole that Russia could use to strengthen its influence in the region. I think that the Balkan problems will come to the fore again. Because of developments in Ukraine, the United States and Europe will be forced to take care of securing those regions near to the one in crisis. And that’s exactly what the Balkans are today.