REUTERS/Ints…
REUTERS/Ints Kalnins/Pixstream
U.S. soldiers of the 2nd Battalion, 7th Infantry
Regiment, "Cottonbalers", who are deployed in
Latvia, take part in a training exercise with
M1A2 "Abrams" tanks in Adazi military base,
Latvia, May 7, 2015
0
4030
Add Reader

Ph.D in History, Assistant professor of the Chair of International Relations and Diplomacy at the Moscow Humanitarian University

The “war of words” that is heating up between Russia and individual NATO countries in connection with plans to deploy significant military force in Europe is becoming increasingly strained. At first glance, such militant rhetoric could be explained by the escalation of the conflict in South-East Ukraine. The inertia of U.S. logic to preserve its transatlantic links, highlighted by its obligations to the “younger” NATO members, cannot hide the economic basis for reconfiguring its troops in Europe.

The “war of words” that is heating up between Russia and individual NATO countries in connection with plans to deploy significant military force in Europe is becoming increasingly strained.

At first glance, such militant rhetoric could be explained by the escalation of the conflict in South-East Ukraine, where the fragile peace regime set up on the back of the Minsk Agreements has begun to erode at an alarming pace.

However, NATO has been in the process of reformatting its system of military planning for a number of years now. Not only is it a consequence of the conflict in Ukraine that has brought about increased tensions between Russia and NATO, it also contains profound changes to the military and political situation in Europe and the world.

It is reflected in specific activities and initiatives, such as the creation of NATO’s rapid reaction Spearhead Force and Operation Atlantic Resolve, as well as in the general increase of U.S. military activity in Central and Eastern Europe. For the first time since this group of countries joined NATO, the Pentagon began to talk about the possibility of deploying significant ground forces in the region, equipped, among other things, with heavy weaponry, including M1 Abrams tanks and M2 Bradley infantry fighting vehicles. There are also plans to strengthen the aerial component of the armed forces with fighter aircraft (F-22 Raptors) and bombers (B-2 Spirit stealth bombers and B-52 Stratofortress bombers), which have been relocated from U.S. airbases to the United Kingdom. 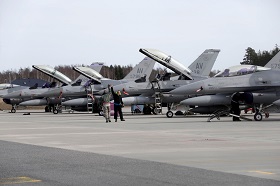 However, a more objective analysis of U.S. and NATO military policy as a whole would refute the prevailing in Western media version that Washington and its allies are orchestrating a re-militarization of Europe.

To begin with, as we all know, NATO decisions on military planning are made by consensus, which requires securing the support of allies.

Secondly, there are a number of material and organizational difficulties that can put a spanner in the works as far as transferring U.S. military forces deep into Europe is concerned.

In the 25 years since the end of the Cold War, U.S. leaders, from George Bush Sr. to Barack Obama, have remained true to the idea of a planned reduction of U.S. troops on European soil.

There has also been a reduction in military equipment. For example, U.S. armoured divisions stationed in Europe were first moved to a reduced level of readiness, and then gradually left the continent altogether, returning to the United States [2]. 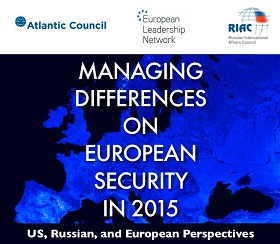 The Pentagon has all but abandoned the idea of having heavily equipped NATO forces permanently stationed in Europe. The three remaining brigades in Western Europe now operate on a rotational basis and are made up of an airborne brigade (Italy), a motorized brigade and an air assault brigade (both in Germany), each of which has a maximum of 10,000 combat-ready troops, with the rest being command (administrative) or service staff and cannot be considered real military personnel.

What is more, the process of reducing the United States’ military presence in Europe appears to be more large-scale than initially planned. Even the drastic deterioration of the situation in the Middle East (Iraq, Syria) and Eastern Europe (Ukraine) could not prevent the “optimization” and “restructuring” – in other words, the withdrawal – of U.S. military facilities and personnel from Europe, the very simple aim of which being to save money on their upkeep.

Perhaps this is how we should look at the plans to move a part of the United States’ heavy weaponry to Poland and the Baltic states, which have become more convenient places for U.S. troops to store their military equipment, from both the political and economic points of view.

This is because the cost of stationing U.S. troops in Central and Eastern Europe and the Baltic countries, even on a temporary basis, for the purposes of carrying out manoeuvres and training local military personnel is hardly comparable to the sums that the Pentagon earmarks every year for U.S. soldiers based in Western European countries. Estimates suggest that the United States spends $4 billion per year to base troops in Germany, making its military presence in the country a very expensive enterprise indeed. 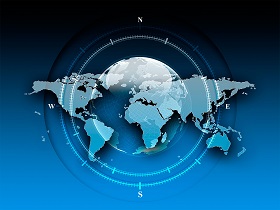 For the United States’ Eastern European partners, which are experiencing difficulties coming off austerity measures for military spending, having U.S. military equipment and personnel are also a welcome factor that contributes to the release of its own funds. Even the slightest prospect of Washington turning its back on its long-reaching plans to reduce the United States’ military presence in Europe would surely inspire optimism in the leaders of those NATO countries that, still feeling the effects of the financial crisis, are trying to save money and hoping for guarantees from the United States on defence and security issues.

The inertia of U.S. logic to preserve its transatlantic links, highlighted by its obligations to the “younger” NATO members, cannot hide the economic basis for reconfiguring its troops in Europe. Evidently, this is one of the most important factors that the American establishment turns to when making decisions and working out plans.

And the opportunistic nature of these plans hardly proves their coherence and aggressiveness, despite all this ostentatiously anti-Russian rhetoric. Otherwise, the scale, makeup and structure of forces, as well as the arsenal of weapons needed to carry out the plans to contain again the “threat from the East”, would be completely different.

What’s more, the conflicting utterances about the dangers of Russia (or lack thereof) for the West that can be heard with alarming frequency among Western politicians and NATO leaders say more about the reactionary nature of the chosen military-political course with relation to Moscow (link in Russian). 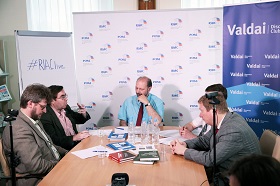 This does not mean that following such a course does not have its risks for the United States and NATO on the one hand, and Russia on the other. On the contrary, the risks are great, given that relations between the two are forever in flux.

It is difficult to disagree with the formula which states that stability in the world is guaranteed not so much by the balance of powers, as it is a system of setting goals for applying (or not applying) these powers during a conflict.

Right now, neither Moscow nor Washington has such a system, which was not the case during the Cold War. Consequently, the potential “point of no return” for the two nations is forever in flux and largely depends on the specific situation.

The very fact that even a small concentration of U.S. troops is stationed in the regions between Russia and the NATO countries does not mean that the risk of conflict may not arise. Accordingly, in order to minimize these risks, the sides must do more than keep track of how many military vehicles and units each other has and maintain a necessary level of dialogue and cooperation in the interests of maintaining peace.

FOLLOW THE LATEST DEVELOPMENTS
Project
New Eastern Europe: Analysis of the Situation and Strategic Position of Russia in Central and Eastern Europe, the Baltic, and European Part of the Post-Soviet Space
Russia, NATO, Arms, Eastern Europe, Central and Eastern Europe, Ukrainian Crisis, Baltic states
Reader's choice
HideShow
Will Geneva Be Any Different Than Helsinki?
Advancing Strategic Stability in the Euro-Atlantic Region, 2021 and Beyond
Modern World Order: Structural Realities and Great Power Rivalries
Political Risks for Russian-Egyptian Cooperation in North Africa
Nikol Pashinyan’s Imprint on the 2020 Karabakh War: Did He Instigate the War?