The historical and contemporary setting of the Middle East has had much to do with the influence and actions of countries outside of the region. Indeed, the economic and geopolitical importance of the region has turned it into a battleground for major powers, which employ their hard and soft power in order to dominate the Middle East.

The historical and contemporary setting of the Middle East has had much to do with the influence and actions of countries outside of the region. Indeed, the economic and geopolitical importance of the region has turned it into a battleground for major powers, which employ their hard and soft power in order to dominate the Middle East.

Hard power is coercive power that is based on military capacity and economic resources. For instance, the invasion of Iraq by the United States is an example of hard power being employed. At the same time, Professor Joseph Nye of Harvard’s Kennedy School, explains that “soft power is the ability to get what you want through attraction rather than coercion or payment”, hence, it is grounded in the attractiveness of a country’s values, culture and policies. Notably, the U.S. possesses immense soft power even in countries that it has been engaged in war with or invaded. In fact, many people in Iraq, if given the chance, would immediately move to the U.S., which illustrates the attractiveness of American culture and values.

Russia’s soft power can be understood as being focused on providing alternative informational work, as opposed to presenting an attractive image of Russia.

However, Russia, which has historically paid less attention to soft power, now experiences growing discontent from the Arab world, partly due to its military involvement in the Syrian conflict. Indeed, supporting Bashar al-Assad and having strategic partnership with Iran, has tarnished Russia’s image in the eyes of the Sunni majority nations in the region. Not to mention, Russia’s closest allies in the Middle East such as Iran, still have a deep sense of mistrust towards Moscow.

Significantly, soft power relies on considerable hard power. It’s not a coincidence that the peak of the Soviet Union’s economic and military aid to Syria and Iraq in the 1950s and 60s, were at the time of its economic boom. Correspondingly, with the rise in oil prices and the positive growth forecasts for its economy, Russia has an opportunity to effectively expand its soft power in the Middle East and recover its international image. Notably, plans and approaches of Russia’s public diplomacy are established in the Federal Agency for the Commonwealth of Independent States, Compatriots Living Abroad and International Humanitarian Cooperation (Rossotrudnichestvo). 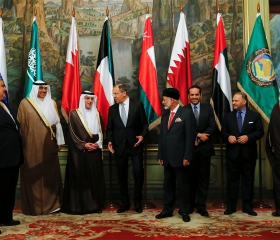 Accordingly, Russia’s soft power approach in the Middle East has had two fundamental weaknesses. Firstly, their policies are not specific to the attitudes and needs of the Middle East. Compared to Eastern Europe, the offices of Russian language and culture won’t bring much soft power dominance in a region with roughly 1.5 million Russian speakers. After all, soft power is inherently relative and strategies used for European countries are not effective with Middle Eastern nations. Secondly, their approach has been fundamentally aimed at short-term results. One aspect of this short-term approach is that throughout its history Russia has invested in particular political leaders in the Middle East, whose demise brought an end to Russian influence in those countries. The other aspect has been the role of Russian media; which has primarily concentrated on shaping what people in the Middle East think about world affairs, neglecting a long-term approach which shapes ‘how people (should) think’ about world affairs. In other words, determining the values and ideas people hold when observing and understanding different circumstances in the political world. This article will briefly elaborate this key deficiency in Russia’s soft power approach in the Middle East, stating its importance and possible solution.

In 2012, President Putin discussed and defined soft power in an article named ‘Russia and the changing world’. According to his definition, the method of Russia’s soft power can be understood as being focused on providing alternative informational work, as opposed to presenting an attractive image of Russia. Then again, with the alarming levels of xenophobia and crime in Russian society, any plan that attempts to present an attractive image of Russian society in the Middle East would be mission impossible. Nevertheless, Russian news outlets such as RT Arabic, have gained considerable popularity in the Middle East, due to their alternative informational work, which is often pushing anti-American narratives when covering issues ranging from the Arab Spring to the Syrian conflict. 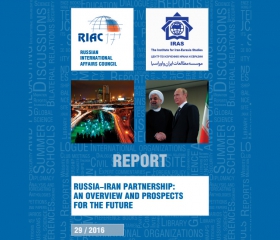 At the same time, as a tool for soft power, an approach that entirely focuses on influencing ‘what people think’ on particular scenarios in world affairs is hardly effective in the long-run. That is to say, in the long-run people are very likely to change their views and opinions of other countries when observing new circumstances. In order to go beyond short-term soft power success on informational work, there is a need for approach which would shape how people in the Middle East observe and analyse the geopolitical and socio-economic issues in the world. Indeed, this approach instills values and ideas in the thought-process of its Middle Eastern audience. In other words, shaping ‘how people think’ about topics such as democracy or notions of nationalism, that are closer to principal Russian understandings of such important notions. Correspondingly, this is a long-term strategy that can provide Russia with soft power dominance in the region, but more importantly, protect the soft power dominance against shifts in U.S. foreign policy. For instance, under the Obama administration, the slightest rapprochement between Iran and the West occurred. This led to a nuclear agreement that resulted in enhanced economic relations between Iran and the West. The weakness of Russian soft power can be seen, as sanctioned Iranian companies that had previously been forced to work with Russian firms, chose the West over Russia when the opportunity came. For instance, Iranian airlines chose to purchase civilian airplanes from Boeing and other European manufacturers, over Russian companies. Consequently, as long as Russia’s soft power strategy focuses on targeting ‘what to think’ over ‘how to think’, Russia will remain the second or even third (considering China’s rise) best option in the Middle East and its soft power will be largely dependent on changes in Western foreign policy in the region.

As long as Russia’s soft power strategy focuses on targeting ‘what to think’ over ‘how to think’, Russia will remain the second or even third (considering China’s rise) best option in the Middle East.

American public diplomacy in the Middle East has been dominant because it’s grounded in the expansion of Liberal ideas. It’s not a coincidence that after multiple wars and even with the election of Donald Trump (who promised to ban Muslims from entering the U.S), American popularity in the region still remains dominant. Therefore, in order to effectively expand its soft power in the Middle East, Russia must also produce and promote a unique and attractive worldview that is aligned with its own dominant domestic narratives. In the past, the USSR had considerable success in leading the Third World through promoting an anti-imperialist worldview. After many decades, ideas and lifestyles associated with anti-imperialism still exist in the Middle East, despite losing their dominance. Today, paradigms of ethnicity, nationality and religion would be central to creating a novel worldview that suits the Middle East.

Russian news outlets such as RT Arabic, can push new ideas and methods of thinking to their audiences in the Middle East, through talk shows and documentaries. Specifically, if understandings of nationalism or civil society in a Middle Eastern country are similar to the popular understandings of those concepts in Russia, it’s likely that this will entrench Russian soft power in that country. Equally important, education scholarships for students from the Middle East to study in Russia can be an effective method for promoting Russian culture. 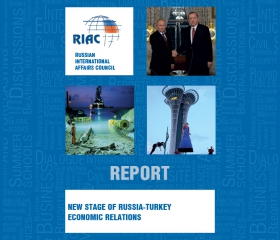 Indeed, Kosachev, the previous head of Rossotrudnichestvo, commenced an expansion in the number of scholarship opportunities for foreigners in Russia. This approach can be improved if alongside a favourable view of Russian values and culture, the students embrace a Russian worldview. For this reason, the educational curriculum for those studying social or political sciences should not be identical to Western educational curricula, so that new methods of thinking and understandings of the world can be fostered.

Ultimately, with the positive economic outlook, Russia must invest in long-term soft power approaches that improve its international image in the Middle East, independent of whether Vladimir Putin remains as the President of Russia or a sudden shift in American foreign policy in the region occurs. This means to focus on shaping what people think about particular political circumstances, as well as how they generally think and comprehend world affairs; an approach that doesn’t neglect the importance of molding values and ideas.

Russia – GCC Relations After the Signing of the JCPOA with Iran

Despite differences over Syria and the Iranian nuclear deal, contemporary GCC-Russian relations are arguably at an apex, both in terms of shared interests and mutual understanding